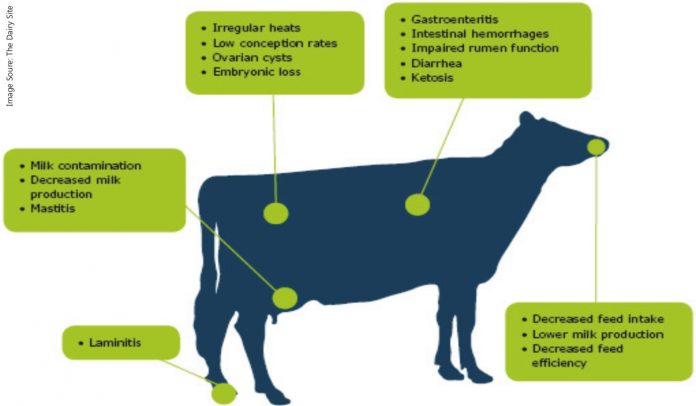 Introduction
With adoption of intensive farming practices, the usage of compound feed has increased in dairy industry. Cereal grains and oil cakes are the major ingredients commonly used in a compound feed. These ingredients can be contaminated with fungal organisms during any stage of their growth, harvesting, storage or after processing. Recent changes in the climatic conditions have also favored fungal colonization and mycotoxin contamination of agricultural crops and products. Under tropical conditions, fungal species like Aspergillus, Fusarium and Penicillium are commonly known to infest feed raw materials and produce mycotoxins like aflatoxin B1 (AFB1), ochratoxin, trichothecenes, citrinin, zearalenone, etc.
Aflatoxin: The most notorious mycotoxin
Amongst all mycotoxins, AFB1is the most extensively studied mycotoxin in dairy cattle, as the excretion of aflatoxin M1(AFM1) in dairy milk is a public health concern. Regulatory authorities are trying to control the exposure of aflatoxin in cattle and humans through mandating strict limits on aflatoxin levels in feed and milk. However, according to Kemin’s internal survey on AFB1 prevalence, the problem of AFB1 is growing day by day. The survey findings can be summarized as mentioned below:

It was more evident from the prevalence data that,AFB1 is frequently present in the feed and raw materials used for cattle. It is a well-known fact that aflatoxins are potent carcinogens for both cattle as well as human beings. However, various researches also revealed that presence of AFB1 in feed leads to deteriorated feed quality, lower feed palatability and overall lowered animal performance. Acute aflatoxicosis due to consumption of abnormally higher levels of AFB1 causes major signs of liver lesions, leading to congestion and bleeding. Taking cue from these concerns, any incidence of aflatoxicosis in commercial dairy setup can put a serious question mark on the quality and performance of the feed material offered to the animal.
Dietary Mycotoxin Binders: An approach to manage the mycotoxin menace
Various materials, such as activated clays, yeast cell walls, enzymes etc., are being investigated either alone or in combination to manage the problems associated with mycotoxins in dairy animals. Due to the unique structure and physiology of ruminant’s gastrointestinal tract (GIT), it is very essential for any mycotoxin binder to demonstrate its efficacy considering these factors.
Innovation
The latest formulation produced by Kemin contains mixture of activated clays carefully chosen through unique screening techniques. The formulation has also undergone both in vitro and in vivo assessment to determine its efficacy.
Invitro assessment
After careful consideration of different physiological conditions of ruminant’s GIT, an invitro triphasic assay has been developed to test the efficacy of the final formulation. It was 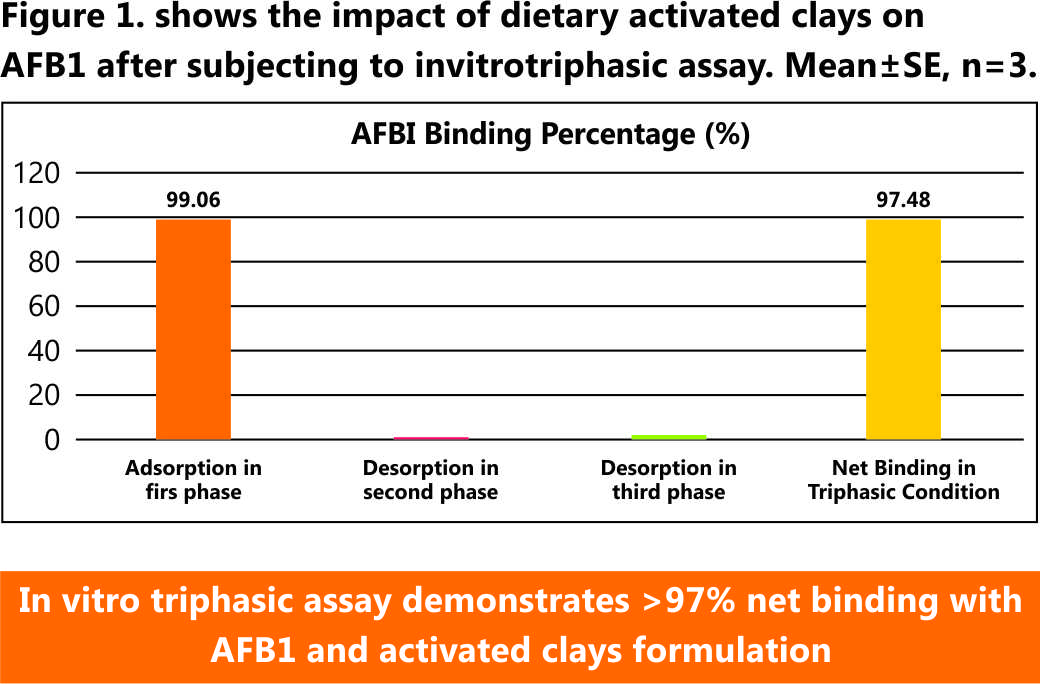 observed that the above-mentioned activated clay formulation showed a high binding of >99% at adsorption step and very less levels of <2% in the desorption step(Figure 1). These results suggest that, the formulation formed a complex with AFB1 that would be stable across the entire GIT and helps in eliminating the AFB1 from the body, thereby preventing the formation of AFM1.
Invivo assessment
To validate the invitro findings, an invivo trial was conducted using 20 dairy animals in 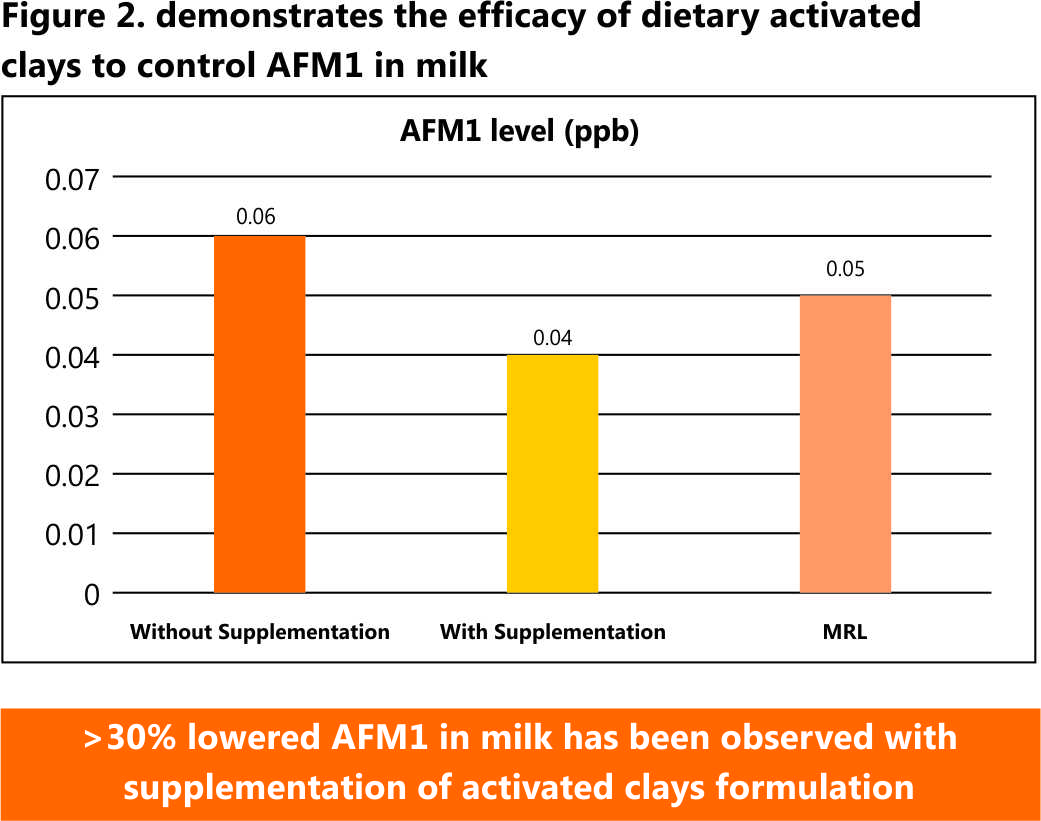