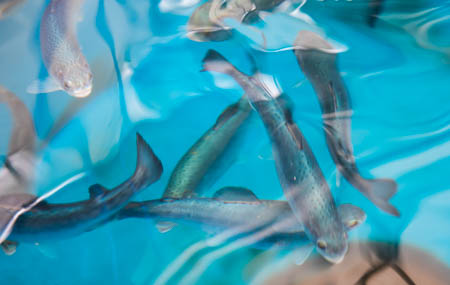 India is the world’s second largest producer of both litchi and fish. Pisciculture gets a fillip as scientists from the College of Fisheries in Muzaffarpur, Bihar find ways to make fish feed with litchi seeds, which will bring down the expenses for the fish farmer.

While pisciculture is a lucrative enterprise, the fish farmers have to invest a great deal in fish feed that is expensive. However, scientists from the College of Fisheries at Dholi, Muzaffarpur (that comes under Dr Rajendra Prasad Central Agricultural University, Samastipur, Bihar) have come up with a unique solution — use litchi seeds, which are a waste, to make fish feed. 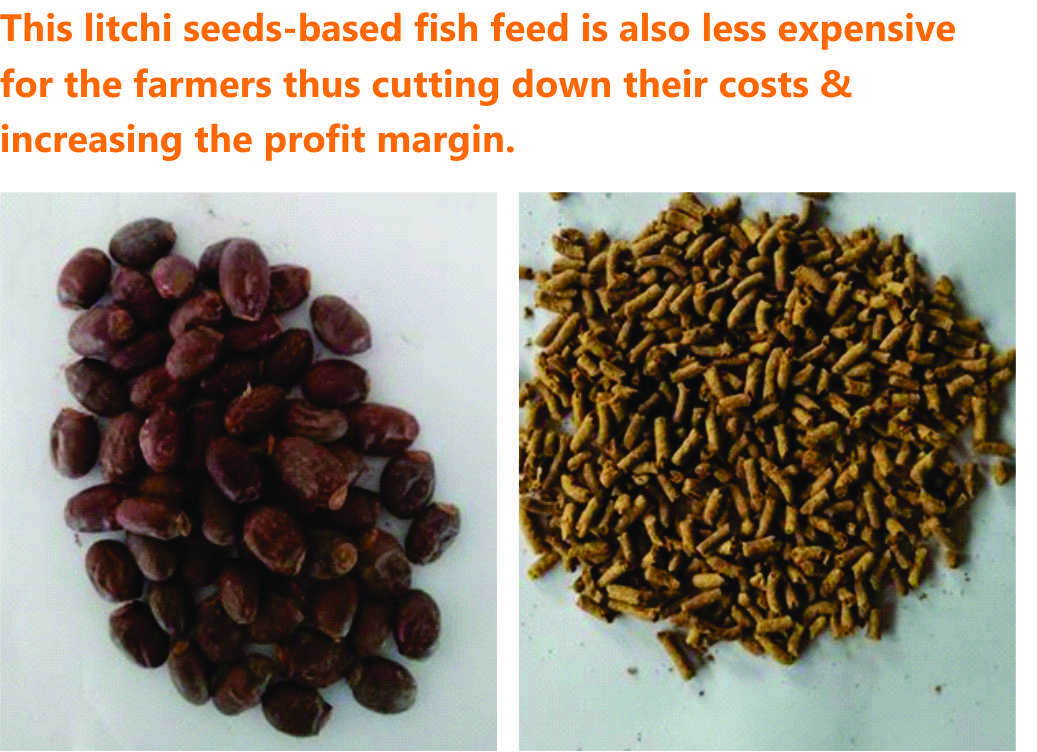 This litchi seeds-based fish feed is also less expensive for the farmers thus cutting down their costs and increasing the profit margin.
“Along with litchi cultivation, Bihar is also known for fish cultivation, and we have been working for two years to find cheaper alternatives to fish feed in order to help the farmers and have finally been successful,” Shivendra Kumar, associate professor of the College of Fisheries, Muzaffarpur, told Gaon Connection. The fisheries college is based in Muzaffarpur, which is Bihar’s litchi belt, and has the country’s highest yield of litchis.
“Along with the litchi seeds, we add wheat, maize, soybean, mustard and the husk of paddy,” Shivendra Kumar explained. “Ten per cent of the feed is made up of litchi seeds and the rest make up the balance amount. One can also add up to 20 per cent of the waste litchi seeds,” he added.
Litchi cultivation in Bihar
According to Bengaluru-based Indian Institute of Horticultural Research, India is the second largest grower of litchi in the world, after China. In India, 83,000 hectares of land is under litchi cultivation. Of this nearly 35,000 hectares are in Bihar. Muzaffarpur alone accounts for 11,000 hectares of litchi orchards.
The other states where litchi is cultivated widely include Uttar Pradesh, Uttarakhand, Punjab, Himachal Pradesh and West Bengal.
Meanwhile, India is also the second largest fish producing country in the world and ranks second in aquaculture production as well as inland fisheries. In 2018-19, the country’s fish production was 13.7 million tonnes, with the contribution of 9.5 million tonnes by the inland sector and 4.1 million tonnes contributed by the marine sector. In 2017-18, India exported 1.37 million tonnes of fish, worth over INR 45,000 crore.
“Litchis are plentiful in our state and we were looking to find ways to use the waste of the fruit, the seed, productively. Under the leadership of RC Srivastav, the vice chancellor of the university, we could find that alternative,” Shivendra Kumar said.
For the past four or five years the state has been making litchi juice where the seeds are removed during the processing, which became the main element of the fish feed, the scientist explained. On an experimental basis, the researchers tried out the litchi-based feed with the fishes in the college pond and the results were satisfactory, he said.
According to Shivendra Kumar, if fish farmers in the country used this fish feed with the litchi seeds, it would bring down their expenses by 20-25 per cent.
“While the fish in the college pond are doing well with the feed, we have now distributed the feed to several fish farmers,” the associate professor said. “We believe using this fish feed for a year will reduce their expenditure on the regular fish feed by twenty to twenty-five per cent and we will ask them after a year to find out if it did indeed,” he said.
The quality of the fish feed is directly proportional to the production of the fish. While fish farmers cultivate good breeds, they do not pay adequate attention to the feed they give the fish, and that defeats the purpose, Shivendra Kumar pointed out.