The planned joint feed venture between Nutreco and India’s West Coast Group is expected to boost both the shrimp and tilapia sectors in the state of Gujarat and beyond, the latter’s director, Rahul Kulkarni, told Undercurrent News.
The plant will be designed to have a production capacity of 100,000 metric tons and is expected to open in the first quarter of 2020.
Shrimp aquaculture on the east coast is almost saturated in terms of viable land availability, he noted. However, over in the west, Gujarat has the longest coastline of any state, and has huge potential to grow shrimp production.
“It would be good to grow production in the west, to lessen the ‘eggs in one basket’ aspect of India’s production when it comes to weather issues, disease, and so on,” said Kulkarni.
“West Coast will grow its production for sure [as a result of the new feed plant], so will other companies, at all levels [of development].”
“We are already seeing some growth there, at different levels of professionalization. This region is always known for good culture practices and produces superior quality shrimp, suitable for tougher markets like EU & Japan”.
Rob Kiers, managing director for Nutreco’s fish feed arm Skretting in Asia, noted it should be a boon to the industry to have a feedmill of high quality closer to the market. “It is the farming territory of West Coast, so it benefits our operations to have the feed mill close,” he also added.
All stakeholders in India’s shrimp farming sector should get a boost from the entrance of an experienced market player, with deep pockets and a penchant for research and development, he added.
Kulkarni is not concerned the arrival of another feed plant means India has excessive feed capacity, relative to its need. “Quality will always win,” he said.
Listed Indian shrimp firm The Waterbase saw a concerted focus on feed production bring its highest ever annual profit in the financial year 2018, while in February 2018 Undercurrent took an in-depth look at the surging shrimp feed capacity in the country.
“We’re pleased we have a European partner coming in to compete with the Southeast Asian providers that are there now. We like their outlook, their R&D focus, and we believe they can come in and fine-tune Indian aquaculture.”
Typically, competition among feed companies generally leads to improvement in the sector, he added. “It might mean you get some cheaper providers undercutting them, but discerning customers will always stick with the better providers. So, a new entrant generally elevates the market, and means [farming] production increases.”
Kiers acknowledged that “feed capacity has been built indeed over the recent years, but it is expected that business will continue to grow.”
“There is always room for high quality feed producers,” he added.
While focused on shrimp, West Coast will also hope the new plant will elevate the tilapia sector in India.
“India has had a quality supply of shrimp feed, but less so fish feed. We’ve tried some local suppliers and then ended up importing it from Vietnam,” said Kulkarni, whose firm has some limited farming operations in tilapia and pangasius. However, the JV will not yet be focusing on pangasius feed, at least in the “immediate near future”.
In January 2018 US agribusiness giant Cargill opened its first fish feed plant in India, which tripled its capacity in the country for species such as carp and tilapia, to 90,000t.
According to Ragnar Tveteras — economist at the University of Stavanger’s business school in Norway — presenting data at the Global Outlook for Aquaculture Leadership conference in 2017, Indian tilapia production is small but growing. 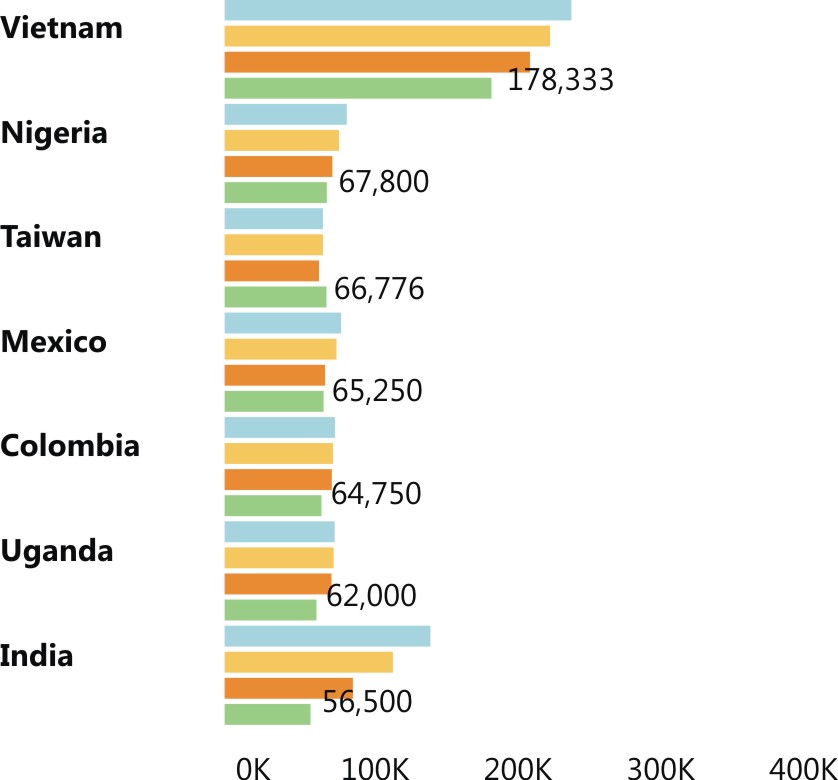 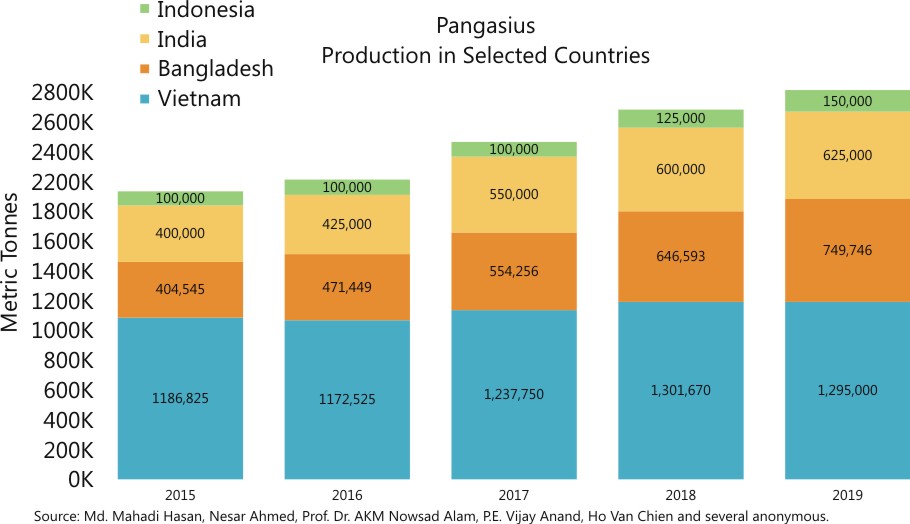 Growth in pangasius globally is expected to come from India and neighbor Bangladesh in the near future, as shown here:
Source: undercurrentnews