ONE: The Alltech Ideas Conference celebrates the transformative power of ideas and a man who revolutionized the agriculture industry, Dr. Pearse Lyons
True to its name, ONE: The Alltech Ideas Conference 2018 kicked off by showcasing some of today’s most innovative ideas, all the way from the gene level to disruptive changes to the future of food and how we produce it. Often described as a nexus of global agriculture and the premier business conference in the region, the thought-provoking presentations firmly established ONE18 as the birthplace of life-changing ideas.
The conference, held on 20–22 May, welcomed 3504 attendees from 76 countries in its 34th year. One hundred speakers gave 153 presentations, 2044 guests attended the International Dinner and the conference welcomed 205 ONE Club members, 101 journalists and eight startup pitches as part of The Pearse Lyons Accelerator. The unique late-stage, agri-tech accelerator run by Alltech and Dogpatch Labs aims to address a diverse set of challenges facing agriculture today.
To achieve innovative change, it takes leaders with the ability to see what others cannot, something both Leonardo da Vinci and Dr. Pearse Lyons, Alltech’s late founder, had in common, said Dr. Mark Lyons, president of Alltech.
“He and Dad ‘happened to things,’ as Dad put it,” he said. “And that thing was called ‘life.’ Sometimes life happens to us. These two individuals seemed to impact life as much as it impacted them.”
That is why, for the first time in the conference’s history, Alltech bestowed a double award recognizing Dr. Pearse Lyons.
“He was constantly encouraging us to be the best we could be for those around us so that they could flourish and become the best they could be,” said Mark, reflecting on Dr. Lyons’ goal that Alltech should be built on passion, excellence and fun. “He wanted them to live with those values he had, and that excellence, something that he and my mother shared — maybe she even more so.”
The Alltech Medal of Excellence, Alltech’s highest distinction, was awarded to Dr. Lyons for his work as a visionary scientist. As an entrepreneur and a tireless innovator, Dr. Lyons utilized his scientific expertise in yeast fermentation and his acute business sense to revolutionize the animal feed industry through the introduction of natural ingredients to animal feed. In the past 10 years alone, his scientific achievements have been listed in more than 300 patents.
Additionally, he was recognized with the Alltech Humanitarian Award for having a boundless philanthropic spirit. The award is bestowed annually to someone of strong character who uses their platform to positively influence and inspire those around them.
“We cannot replace Dr. Pearse Lyons, nobody can,” said Mark. “But if we start to think like him, if we can get 10 people, 100 people, 1,000 people thinking like him, imagine what we can achieve together.”
Beth Comstock, former vice chair of General Electric, shared three strategies to embrace and create innovative change. Change, she said, starts with giving yourself permission, making room for discovery and embedding learning — and failure — into your operating system.
Dr. Majid Fotuhi, neurologist and neuroscientist, an expert in the field of memory, Alzheimer’s disease, concussion, ADHD and increasing brain vitality in later life, he detailed how his journey to Johns Hopkins University and Harvard University has empowered him to teach others how to take better care of their brains.
Dr. Rodolphe Barrangou, CRISPR expert and professor at North Carolina State University, discussed the potential for the controversial gene-editing technology to revolutionize food production and agriculture.
Dr. Mark Lyons explored the several different ways his father, Dr. Pearse Lyons, compared to the visionary Leonardo da Vinci, including the themes of “curiosity,” “demonstration,” “sensation,” “smoke,” “art/science,” “the body” and “connection” from the book “How to Think Like Leonardo da Vinci” by Michael Gelb.
Professor Robert Wolcott shared how to develop foresight to survive in an ever-changing market.
“If a customer is telling you they want something, guess who else they are telling?” Wolcott asked the audience at ONE18. “Your competition. So, how do you find out what the customer wants before they want it?”
“We must ask better questions,” he said.

The 2018 Pearse Lyons Accelerator participants include:

“Six of the 10 participants last year were listed as top 100 agri-tech companies in the world,” said Aidan Connolly, chief innovation officer at Alltech. “That is indicative of the companies applying.”
Connolly noted that last year’s participants in The Pearse Lyons Accelerator were able to access 28 new markets and generate a total of $50 million in qualified leads.
Dr. Aman Sayed, Alltech regional director of South Asia and managing director of India, said 43 people from South Asia attended ONE18 to experience how ideas and technology can revolutionize the agriculture industry. ONE is not just a conference, he said, but a meeting that offers a foundation for a better future.
“The animal industry on the Indian subcontinent is growing and embracing technologies in business,” said Sayed. “Customers were particularly excited by The Pearse Lyons Accelerator session.” 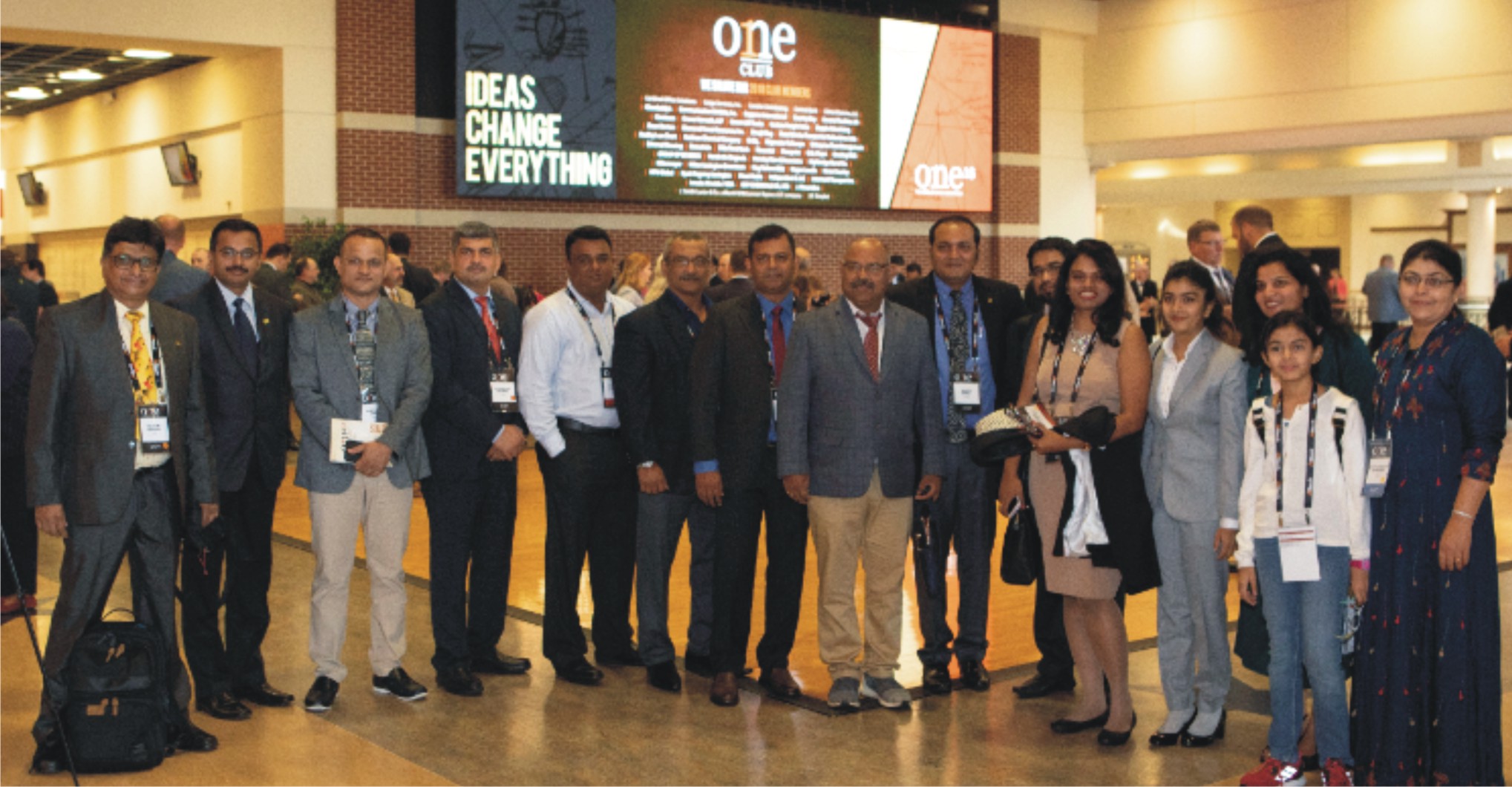 “This conference of ideas offers a convenient platform to interact with industry leaders and speakers from across globe,” he continued. “We all should experience the ONE conference.”
The conference will return to Lexington, Kentucky, USA, May 19–21, 2019.