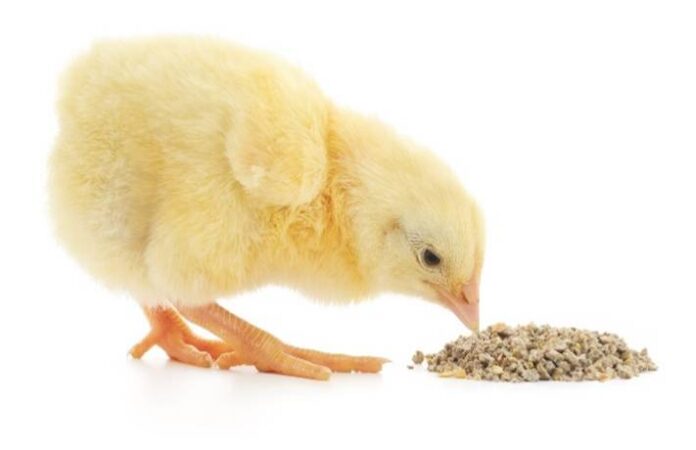 Introduction
Paying special attention to young animal nutrition is important to achieve the full production capacity of birds and to ensure sustainable business for the producers. Day-old chicks are the final product of hatchery industry and provide animportant starting point for the poultry production. In commercial hatchery, chicks do not typically emerge from their egg all at the same time, as there is a hatching window varying from 24-48 hours before a significant portion of the remaining eggs is hatched out. As the hatch period increases, the number of chicks that are without feed, and water increases for extended periods of time. Additionally, further hatching practices, including the transfer of chicks to the farm, may often spend considerable time (48-72 H) without any access to feed and water for chicks. This delay in access to nutrients due to hatchery operations and procedures may limit the utilization of the yolk sac and result in poor immunity in the newly hatched chick. During this first week post hatch, the avian immune system isimmature and inefficient at protecting chicks from invading pathogens.
The critical post hatch period does not allow almost 2 – 5 percent of hatchlings to survive and those who survive show reduced growth, lower nutrient utilization, reduced  immunity and low meat yield.This has been attributed to the inadequacy of the immune systems development and its functional inability to respond effectively to the variety of antigens needed to protect the chick during the early part of the life. However, all these above limitations can be alleviated by bridging the gap between hatch and first feeding. In an attempt to minimize the adverse effects of delayed post hatch feeding, the use of early feeding supplements has been shown to improve growth weight, increase satellite cell proliferation and enhance immunity. The present review focuses primarily on the importance and impact of early feeding on the avian immune system development and functioning along with the role of early post hatch nutrition and feed supplements in the maturation of immune system in young poultry chicks.
Need for Early Feeding
The early post-hatch feeding is not only necessary for normal growth and development, but also to maintain homeostasis. Also, the early access to feed has been associated with rapid utilization of yolk, and significantly increase the absorption of high lipid content of yolk material. Although the residual yolk is adequate to keep the birds alive for the first 3 to 4 days, it does not support fully to extrapolate the birds’ genetic growth potential, and the development of digestive and immune systems. The sterile gut and immature digestive organs during initial days of birds’ life are very much critical in increasing the susceptibility to stressors resulting in poor performance and immunity development. Besides this, the delayed hatchery operations and procedures of sexing, sorting, vaccination, packing, and transport prolongs the fasting period of chicks. This brings the concept of early nutrition by providing the required nutrients to the birds immediately after hatch, until they attain a fully matured digestive system. Early nutrient supply to chicks is necessary to enhance intestinal mechanical function, faster intestinal development, increased feed assimilation, immunity development and hence overall growth efficiency.
Impact on Immune Status of Birds
Poultry hasa very low resistance to pathogens during early hatch period as their immune system does not attain the full functionality by this age.  Feed provides nutrients which are essential for the growth and development of both primary and secondary lymphoid organs. The avian gastrointestinal tract (GIT) is a vital immune organ that represents approximately 70% of the bodys’ immune system of chickens. The intestinal epithelial lining (IEL) has a diverse population of gut associated lymphoid tissue (GALT) including natural killer cells, caecal tonsils, Peyers patches, Meckels diverticulum and the Bursa of Fabricius that produce and store immune cells to attack and defend against pathogens. These innate population of GALT affects immunity by the immediate release of cytokines following activation, as these cytokines are small cell-signaling protein secreted by cells that play an important role in the activation and regulation of other cells and tissues during inflammation and immune responses. 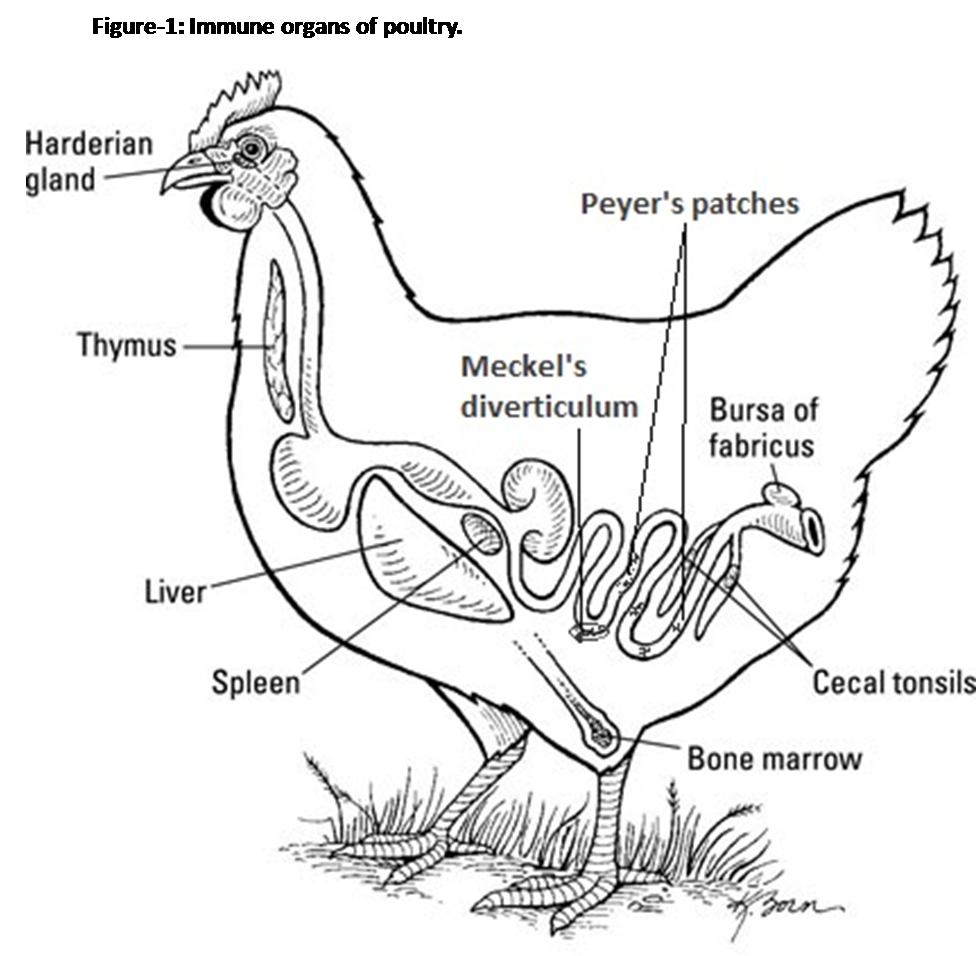 An increased post-hatch holding period has adverse effects on chicks due to potential dehydration and energy depletion. Use of yolk sac as the sole source of energy for long periods of time before placement is very detrimental to the immune system as it deprives the chicks from innate immunity, and the fatty acid. Fatty acids in yolk sac are precursor to metabolite that are potent mediator of inflammation. Thus, early deprivation of feed for more than 24 hours can lead to a decrease in length of the intestinal enterocyte and the surface of villus that negatively affect nutrient utilization and growth. Longer period of fasting, or feed restriction may have negative effects on the weight of lymphoid organ associated with the rise in levels of glucocorticoids hormone. Similarly, over-consumption of amino acids due to feeding a calorie-deficient and amino acid-sufficient diet is associated with decreased antibody responses.The antibody titre against Newcastle disease (ND) (at age 21) was higher in broiler chicks fed earlier in life than in chicks fed after 48 H post-hatch.  In comparison at 14th and 21st days of age, low hemagglutination inhibition titre(HI) to ND vaccinewas observed, due to a 48-hour delay in post hatch feeding. Therefore, the farmer must pay utmost attention in poultry production to establish strong immunity within the flock.
Development of Immunity
Several factors influence the early development of immune system in newly hatched chick, and one of the important factors is initial feed intake. Avian immune system has two interactive components, the innate and adaptive immune systems. Innate immunity is the first line of defense against pathogenic organisms mediated by phagocytic cells of the innate immune system,which includes macrophages, heterophils, dendritic cells and natural killer (NK) cells. These cells sense microbes or pathogen-associated molecular patterns (PAMPs) from microbial cells through pattern recognition receptors (PPRs) located on the 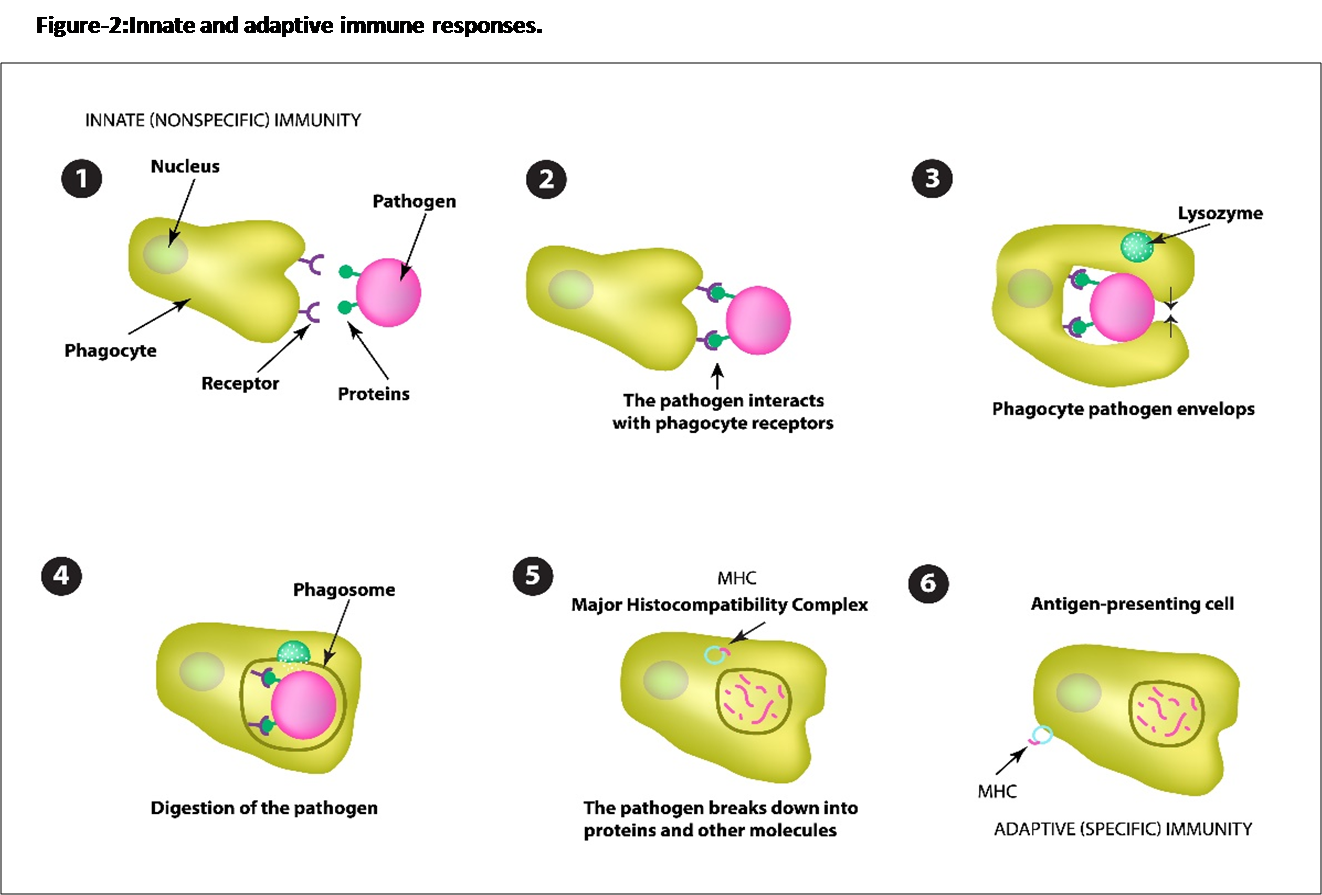 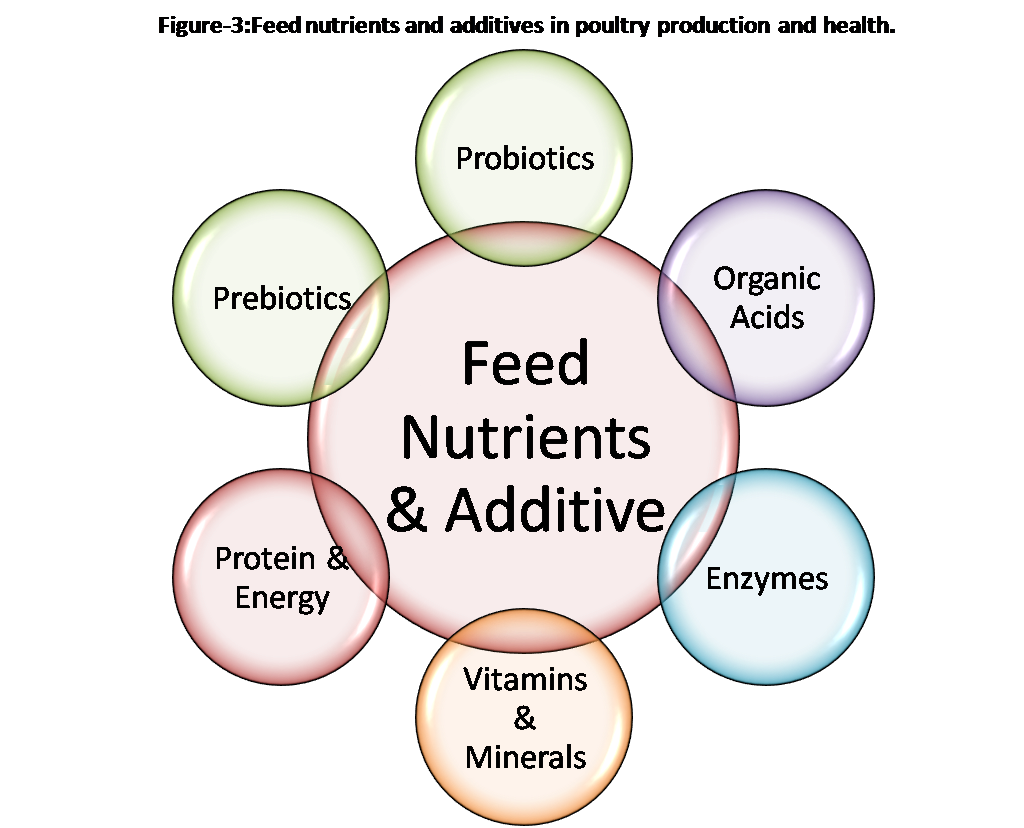 Immunomodulation by Nutrients and Additives
Development of immune tissues in poultry occurs mostly at late incubation and early post hatch period. Thus, maternal nutritional status, and deposition of nutrients as well as early nutrition play an important role in the modulation of nutritional immune system. Nutritional modulation by supplying micronutrients and necessary substrates both in ovo and in feed during the first week post-hatch will help lymphoid organ proliferation and alter the microbiome population in GIT. Besides that, the use of certain additives as a nutritional solution to tackle deficiencies during the early feeding period has some prospects for reinforcing the immunity of growing poults.
Protein and Energy: Protein and calorie malnutrition wasone of the most important nutritional factors resulting in thymic atrophy, decreased cellular immune response and increased susceptibility to bacterial, viral,and parasitic infections. Early feeding of the amino acid is essential as their oxidation rate increases during inflammation, and a regular diet may not accommodate the requirement of growing and challenged birds.
Prebiotics (Beta-Glucans): Beta-glucans present in prebiotics possess non-specific immunostimulatory activities. The beneficial impact of prebiotics was inferredon the immune system by three main ways: serve as an antigen by attaching bacteria to twitch immune responses; stimulate immune system effects by the active group(s) and competition with nutrient pathogens. This way, beta glucans can primarily strengthen the innate immunity by upregulating the inflammatory response, leading to enhance the protection against intracellular pathogens. It is widely accepted that linear form beta-(1,3)-glucan derived from algae have traditionally generated more research interest due to their high bioavailability and ease of production compared to branched beta-(1,3;1,6)-glucans produced from yeast, which are relatively less bioavailable and bound between multiple layers of chitin and mannoprotein in the yeast cell walls.Supplementing algal beta-(1,3)-glucanas a prebiotic in the diet at an early stage of life may provide energy for the growth of endogenous favorable bacteria in the gut, such as Bifidobacteriaand Lactobacilli, thus improving the host microbial balance.
Probiotics: Probiotic in the gut stimulate immune response of the host system in one of the two ways. They can migrate as viable cells through the gut wall, where they then multiply to a limited extent, or absorb released antigens from dead organisms, and directly stimulate the immune response.Supplementing the diet with Bacillus spp can potentially alter gut microflora by suppressing the growth of pathogenic bacteria and stimulating the growth of beneficial bacteria.The effects may be related to activation and maturation of epithelial immune cells, leading to increase the synthesis of immunoglobulins. This indicates that Bacillus has effect on both local and systemic immunity.
Organic Acids: Stimulatory effect of organic acids on natural immunity in poultry has been demonstrated in several studies. In this regard, reports stated that birds fed onorganic-acid-supplemented diet had heavier immune organs (bursa of Fabricius and the thymus) and a higher level of globulin in their serum. They suggested that improvement in bird immunity could be related to the inhibitory effects of organic acids on gut system pathogens. Similar response with early feeding of chicks diet with organic acids was observed in C. perfringens challenge when compared to restricted feeding in chicks. It was also found that dietary addition of organic acids resulted in significant increase ofantibody titres against ND in broilers.
Enzymes: Use of different enzyme combinations or the higher activity of enzymes stimulate and increase the proliferation of macrophages and monocytes at the site of innate immune system by breaking cells of the intestinal mucosa resulting in cytokine production.Addition of the enzymes likely to have positive effect on development of the immune organ, enhancing cell-mediated responses (increased lymphocyte proliferation) and humoral response (increases serum antibody titres to ND).
Vitamins and Minerals: Micronutrients, such as vitamins and minerals, play an important role in metabolic processes including immune system. Deficiency of micronutrients, such as iron, zinc, copper, selenium, vitamins A, B6, B12, folate, niacin, vitamins C, D, E and  β-carotene, have  been shown  to impair cellular immune response, phagocytic activity, NK cell function and increase the risk of infections and prostaglandin (PG)E2 production.
Conclusion
It can be postulated that early nutrition programming is one of the latest and most effective solutions to protect newly hatched chicks from disease without having a detrimental effect on performance or profit margins. Early post hatch feed deprivation not only affects the growth of immune organs, but also restrict the function of immune system. However, nutrition alone cannot be the magic silver bullet to ensure optimum bird health but can play important role in enhancing the immune response of the poultry, and consequently health and welfare. Hence, it is important to select a specialized supplement that can further enhance the development of the immune system, so that the bird can respond more efficiently to an early life immune challenge.
by Dr. Bharat Sadarao, Dr. Partha Das, Dr. Venket Shelke and Dr. R Chanthirasekaran, Kemin Industries South Asia Pvt. Ltd.