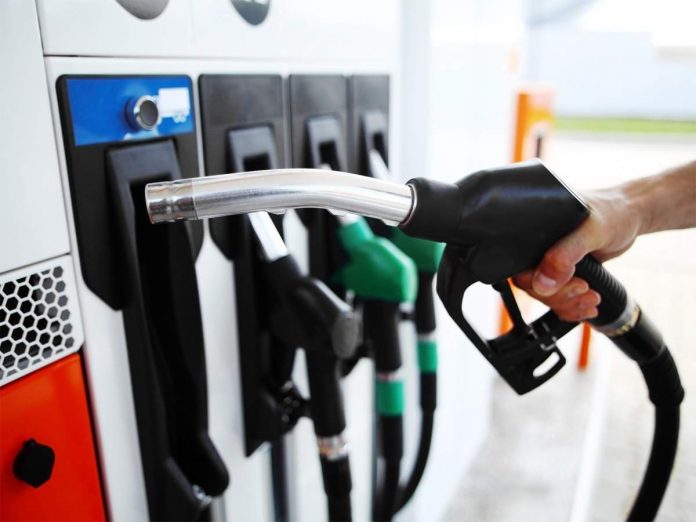 The Centre’s total collections from excise duty, which is mainly levied on petroleum products, has already crossed the Rs 1-lakh-crore mark in the first quarter of April-June.

The government’s revenue collections from excise duty on petroleum products jumped over 74 per cent year-on-year to Rs 3.45 lakh crore in 2020-21, according to government data. The Centre’s total collections from excise duty, which is mainly levied on petroleum products, has already crossed the Rs 1-lakh-crore mark in the first quarter of April-June.

Minister of State for Petroleum and Natural Gas Rameswar Teli, in a written response to a question in the Lok Sabha on Monday, said the government’s revenue collections from excise duty on petroleum products surged 74.3 per cent to Rs 3.45 lakh crore in 2020-21. In April-June, the government’s total excise duty collections were Rs 1,01,564 crore, Minister of State for Finance Pankaj Chaudhary said in a written reply to a separate question in the Lok Sabha.

Fuel prices have increased steadily over the last one year. The country has already seen a 21.7 per cent increase in the price of petrol and diesel since the beginning of the year. Petrol is currently retailing at Rs 101.8 per litre in the national capital and diesel at Rs 89.87 per litre.

The rising fuel prices have been impacting inflation at both wholesale and retail levels. Inflation rates for items such as minerals, edible oils, oilseeds, dairy and poultry items have gained momentum over the last one year, with the cascading impact of elevated fuel prices clearly visible in segments such as manufactured products such as rubber, plastic products, furniture and transport and communication. The looming concern is that the sharp rise in producers’ prices will progressively feed into the final consumer goods basket, translating into consumer price inflation with some lag.

Retail inflation has stayed above the Reserve Bank of India’s (RBI) upper target of 6 per cent for the second consecutive month in June at 6.26 per cent. The RBI will have to walk a tightrope for balancing growth and inflation amid subdued consumer demand.

With crude oil prices recovering to pre-Covid levels, India and other developing countries had called for a withdrawal of production cuts announced by the OPEC. The OPEC (Organization of Petroleum Exporting Countries) and its allies led by Russia have agreed to gradually withdraw Covid-related production cuts by September 2022, leading to crude oil prices falling to about $69.36 by 11:08 am EDT on Monday.

OPEC+ had, in April 2020, entered into a two-year agreement which entailed steep cuts in crude oil production to deal with a sharp fall in the price of crude oil as a result of the Covid-19 pandemic.

The price of Brent crude had hit an 18-year low of under $20 per barrel in April 2020 as economic activity around the world crashed as countries dealt with the Covid-19 pandemic.