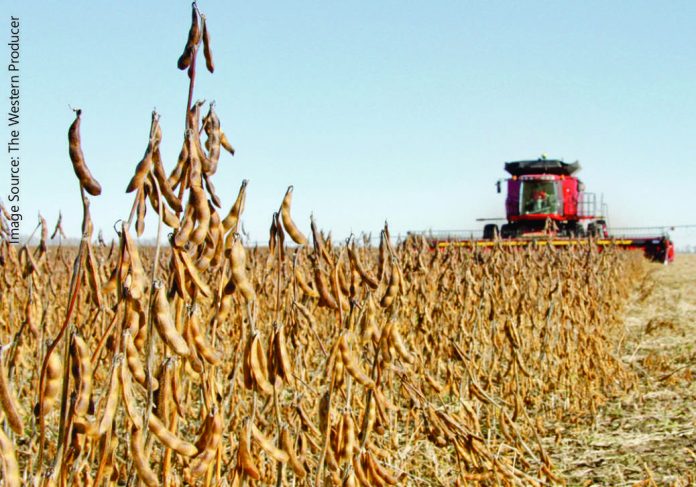 The area under soybean planting is likely to increase by 5-7% across the country this kharif season despite speculation in the market over the shortage of seeds.
In the 2020 kharif season, soybean cultivation took place on 120 lakh hectares and the yield was about 105 lakh tonne. Record high prices for the oilseed could prompt some to switch from cultivating competing commodities such as cotton and pulses, industry officials said. Soybean prices jumped to a record high of Rs 8,100 on the National Commodity and Derivatives Exchange a couple months ago and are currently trading at Rs 7,620 per quintal.
D N Pathak, executive director, Soybean Processors Association of India (SOPA) said that the area under cultivation could see an increase by 5-7% subject to the fact it rains in the next five to six days. There has been shortage of certified seeds and they have been selling at high prices, but farmers have prepared their own seeds and there no real shortage in the market, he said.
Pathak said that the area under soybean cultivation will definitely increase in Maharashtra and Rajasthan but is likely to go down to some extent in Madhya Pradesh (MP).
Several soybean farmers in Madhya Pradesh have said that the sowing of the kharif crop has not even begun in 60% area even two months after the beginning of the season due to shortage of certified seeds, provided by the government. Madhya Pradesh is the largest soybean producer in the country and soybean seeds are either not available or selling at exorbitant prices (between Rs 10,000-12,000 per quintal). MP agriculture minister Kamal Patel advised farmers not to grow loss-making crop. In the current kharif season, the government has set a target of sowing soybean in 63.74 lakh hectares.
In Maharashtra, the government has claimed that there was no shortage of soybean seeds and sowing was in full swing. Senior officials from the Department of Agriculture said that they have not received any complaints regarding re-sowing although there has been a lull in the monsoon. Maharashtra cultivates soybean on approximately 40 lakh hectares.
Ajit Mulay, president, Maharashtra State Seeds Association, revealed there was a shortage but companies supplied seeds as per production plan. The state requires at least 32 lakh quintals of soybean for seed purposes annually. The private sector accounts for more than 80% of the seeds sold in the market. This time, the government asked companies to furnish details of their stocks to ensure that there is no black-marketing, officials said. Madhya Pradesh and Maharashtra constitute almost 89% of the country’s soybean production.
Source: financialexpress