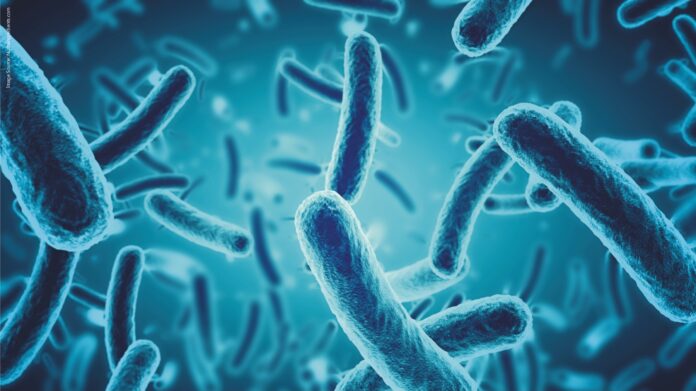 Poultry & livestock farmers are an integral part of the food producing chain and continuously look for ideal solutions that can ensure animal’s health and productivity in a sustainable way.   To consistently improve performance, we have to take many factors into consideration; genetics of bird, farm management, feed production technology, raw material management, farm bio-security, water quality, and disease management.
The demand and supply for intensive farming calls for use of vaccines, healthcare and bio-security protocols to be in place to reduce pathogen pressures. Enteric diseases are an important concern to the poultry industry today due to their significant impact on mortality, productivity and overall profitability of the flock.
Gut health is of prime concern in the poultry & livestock farming, as it has high impact on performance, production and mortality. In recent times, the term “gut health” has become increasingly deliberate as part of preventive medicine strategy. Traditionally, sub-therapeutic doses of antibiotics have been used to improve gut health, prevent diseases, and enhance growth of birds and livestock.   However, such an approach off late has been discouraged worldwide due to increasing concerns about presence of antibiotic residues in poultry and livestock products, challenges of AMR and potential for ban on antibiotic usage.  There is significant interest among the feed manufacturers and integrators in finding suitable alternatives to antibiotics for animal production.  Many natural alternatives such as pro-biotics, pre-biotics, organic acids, herbal extracts and essential oils have been tried successfully to improve the performance of birds and livestock.  Supplementation of pro-biotics in feed has been proven to be one of the most promising and effective approaches to improve the gut health and promote growth.
Probiotics are live bacteria which beneficially affect the host animal by improving its gut health and gut immunity.  A variety of microbial species have been used as probiotics, including species of Bacillus, Bifidobacterium, Enterococcus, Lactobacillus, Streptococcus along with a variety of yeast species. Today’s commercial birds and livestock are highly sensitive due to their natural selection for fast growth. Sudden change in management, environment, nutrition and healthcare will prompt imbalance in the intestinal microbiota and allows harmful bacteria to take upper hand over beneficial bacteria.  Many commercial probiotic formulations are emerged as an alternative to antibiotic growth promoters to supplement the beneficial bacterial at one end and reduce the harmful bacteria through competitive exclusion and elimination on the other.
PROBIOTICS are of two types:
Probiotics that are derived from non-spore forming bacteria are very effective if they can be freshly prepared, harvested and provided immediately to birds through water or mash feed.  However, the real challenge is, this type of probiotics derived from non-spore forming bacteria are sensitive to pelleting temperatures and cannot be stored for long time since they become less effective with time.   Hence, using non-spore forming bacteria is impractical under intensive farming and organized farming systems.

Spore forming bacteria are thermo-stable and are capable of germinating quickly upon ingestion in the chicken intestine (Casula and Cutting, 2002; Hoa et al, 2000).  The multiplication, colonization and establishment of the probiotic bacteria depend on the specific strains and species we select to develop the commercial probiotic preparations.  Having multiple strains of bacteria in a probiotic product is preferred over single one, simply because their effect is additive and offer a broad-spectrum protection against various gut pathogens, supporting the digestive system, release of beneficial metabolites, etc.

Today many companies have been involved in manufacturing of selected, heat-resistant, spore-forming Bacillus species which can significantly reduce Clostridium, E.coli and Salmonella when administered at recommended dosages.  Zeus Biotech, specialized in fermentation technology since 1991, has adopted a novel and simple technique for developing probiotics by sub merged fermentation. The research team of Zeus Biotech has been involved in isolation and selection of potential strains of Bacillus bacteria and yeast: Saccharomyces cervisiae spp. from last three decades. These cultures are preserved under safe and patent deposits at MTCC (Microbial Type Culture Collection & Gene Bank, India), and DSMZ (Deutsche Sammlung von Mikroorganismen und Zellkulturen GmbH, German Collection of Microorganisms and Cell Culture, Germany) to produce commercial probiotic preparations for optimum performance in poultry and other livestock.  Research studies at Zeus Biotech on bacterial probiotics have been focused on developing commercial bacterial probiotic combinations for reduction of pathogenic bacteria and to improve antibody titers for vaccines under farm conditions.

A scientific study was conducted at the University of Agricultural Sciences, Bangalore to evaluate multiple strain based Bacterial probiotic* (in water) for its potential beneficial effects in broilers.   The composition of bacterial probiotic used for the trial was a unique combination of spore forming bacteria fortified with a versatile yeast, Saccharomyces boulardii.

Further, the intestinal contents of chicken were subjected to the total viable counts of Salmonella, Clostridia and Escherichia coli.  The antibody titer against New Castle Disease Virus was carried out by HA followed by HI test.   The antibodies against IBDV were measured by using Poultry Diagnostic and Research Center (PDRC) indirect ELISA Kit. The gut pathogenic microbial load viz., Clostridium perfringens, E. coli and Salmonella counts in the birds supplemented with probiotic combination were significantly lower than those in the control group.  The probiotic combination used for the study had multiple strains of beneficial bacteria which would have occupied all the receptor sites giving no or less chance to pathogenic bacteria thus reducing gut pathogens and improving health.  The cumulative FCR was better in all probiotic supplemented groups compared to the control group.  Probiotic supplementation also significantly improved the immune response in terms of antibody titers against New castle disease virus and Infectious bursal disease virus.  These results indicate that Bacterial probiotic combination is able to offer cumulative benefits of producing digestive enzymes and organic acids in addition to competitive exclusion of pathogens, exerting desirable effects such as improved gut health, performance and overall immunity of the animals (Table A).

A farm trial in Philippines was conducted to check the effect of multi strain probiotic on the length of intestinal villi.    An 18% increase in the villi length was observed in the birds administered with multi-strain probiotic compared to control group indicating probiotics helping in better absorption area and development of gut system.  Healthy and longer villi indicate good gut health and better absorption of nutrients leading to better farm performance.  (Larrybeth Farm, Philippines).

Probiotics are the right choice for many farmers especially during the arrival of chicks.  Early age is highly challenging stage in bird’s life across Breeders, Broilers and Layers.  The chick’s gut is sterile on day one and open for establishment of both beneficial and pathogenic bacteria.  The chicks are sensitive in their young age and are subjected to several types of stress such as, Improper brooding temperature, vaccination, heat stress, physical handling, disease challenges etc, which may allow gut disorders to set in.  Inclusion of an effective multi-strain probiotic as early as possible is the best way to avoid establishment of pathogenic bacteria in the gut and helps in keeping overall health and immunity of the birds.

Probiotics can be used in different ways on chicks

A 30-day observation in layer chicks at a commercial farm in Namakkal, India revealed significantly less mortality in the probiotic supplemented group during the first six weeks of chick’s life.  Probiotic supplementation would have helped by improving the immunity of birds to overcome the early stress situations.

Poultry and livestock farmers are facing lot of challenges through the process of raising the animals till marketing their final produce.  Since the end product price is highly fluctuating and farmers having little or no control over the marketing process. Cost effective production plays a major role for their survival and growth of the business.  In order to achieve optimum farm results, gut health is highly crucial which is dependent on the right balance of the gastrointestinal microflora.  The farmer, healthcare professional or the nutritionist has to be very careful in choosing best quality raw materials and relevant feed additives including probiotics in his formulations while aiming better performance. There are many commercial formulations of probiotics having either one or two species of bacteria or a combination of multiple strains with varying counts. Choosing a product having multiple species of beneficial, stable and potential bacterial strains with optimal counts will simply be a wise decision since the effects are multi-directional giving a broader coverage against disease causing pathogens. Many scientific and commercial trial results have indicated that multi-strain spore forming probiotics (available both as feed additive and water-soluble options) could be an ideal choice to improve growth, performance, immunity and reduce gut pathogenic load in poultry production.