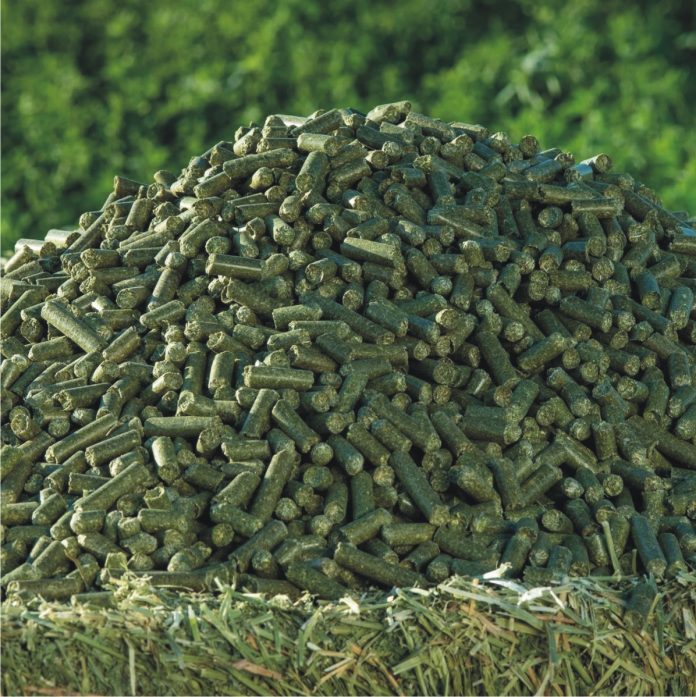 Introduction:
The human population is increasing at a rapid rate and simultaneously the demand of animal protein is also increasing. Poultry is a good and cheap source of protein but in developing countries like India, the production cost becomes the major limitation in raising poultry. There is a need to switch to some non- traditional feed sources which will not only decreases the competition between human and poultry for protein requirement, but also decreases the production cost in poultry farming.
Moringa oleifera is one unique example of an alternative protein supplement for poultry. Besides a good nutrient composition, it has many other properties like antimicrobial, antioxidant, anticancerous, anti-cholesteroland immune enhancing properties. So, apart from reducing the production cost it can also help in reducing the public health hazards, which are caused by the use of various antimicrobialsin poultry feed. In this article the possible role of Moringa oleifera along with its benefits in poultry industries have been discussed.
Chemical composition of Moringa Oleifera:
The plant is known as miracle tree, drumstick tree, ben oil tree and horseradish tree. It is also known as wealthy tree, because of being a rich resource of various nutrients with high biological values. Every part of the plant from root to tree is rich in nutrients and has beneficial properties. The leaves of the plant are the most preferred part. The metabolizable energy of the Moringa oleifera leaf meal is 8.51MJ/Kg.
Other properties: 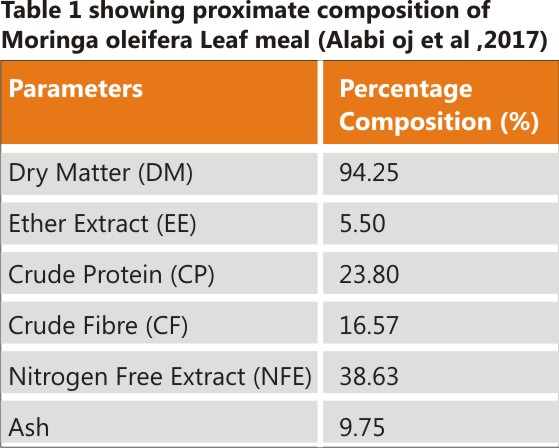 Inclusion of Moringa Oleifera in diet of broilers:
To achieve rapid growth of broilers and a good profit the feed of broilers should contain a good energy source such as grains or their by-products; protein source such as soyabean meal, cakes and fish meal for their rapid growth; a good vitamin mixture, mineral mixture and salt to prevent any deficiency disease. Antibiotics and coccidiostats are also added in the feed.
As it is a well-known fact that the birds eat to meet their energy requirements, so it becomes important to adjust other nutrients in the feed accordingly, especially the calorie -protein ratio should be maintained.
Moringa oleifera can replace the protein sources up to 10% in broiler diets without any adverse effects on growth and carcass qualities. (Onunkwo and George, 2015)

The inclusion of Moringa oleifera in broiler diet has been proven to cause the following positive effects:

Conclusion:
Moringa oleifera can play an important role in poultry industry without having any adverse effect on poultry health. It can address the gut health changes in poultry and can be used as novel growth promoter. Besides all these, it represents a solution for antibiotic resistance at an affordable price. It can also address the problem of high production cost. In spite of all these advantages the use of Moringa oleiferain the poultry industry is not up to the mark. There is a need to explore more about the plant and comprehending its use in the poultry industry in the best way. And more importantly, animal nutritionists should indulge in awareness drive to propagate among the poultry feed manufacturers the use of moringa leaf as a good protein supplement in poultry feed, apart from its multifaceted added advantages to the animals.
References are available upon request
by Anshul Gautam, G.B. Pant University of Agriculture and Technology, Pantnagar