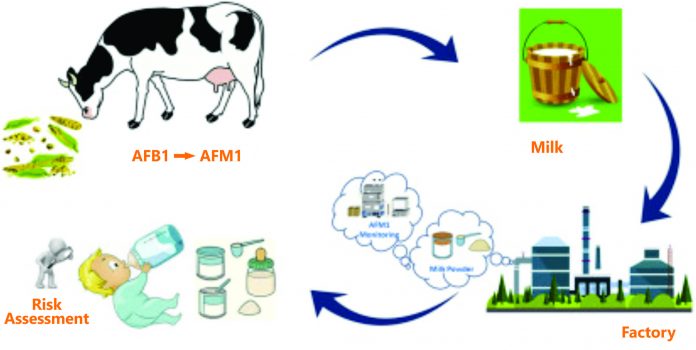 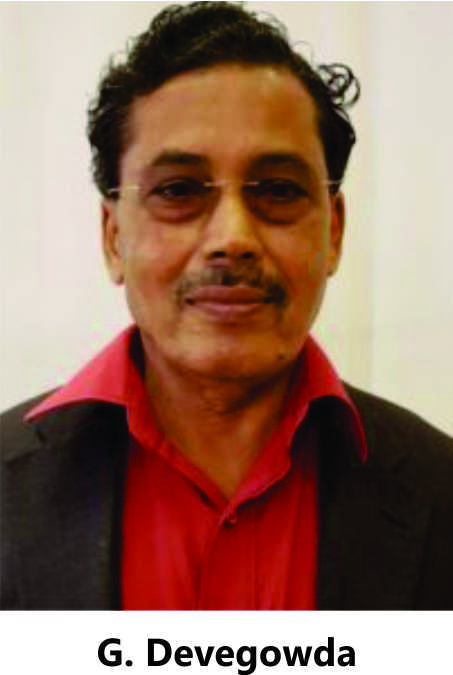 Milk the nature’s the perfect food
Milk is a highly nutritious food, containing high-quality protein, vitamins and minerals which are necessary for growth, development and maintenance of human health. They play a key role in healthy human nutrition and development throughout life.Dairy products are rich in nutrients that are essential for good bone health in children and elderly people.
Fungi and Mycotoxins (Aflatoxin)
There are more than 10,000 known species of fungi. Fortunately, most of them are beneficial to man in the production of bread, cheese, antibiotics etc. There are about 50 fungi species harmful to livestock and man known to produce toxins, which are collectively called mycotoxins. The threat of mycotoxins to humans was described during World War II when Russian soldiers suffered severe dermal necrosis, hemorrhages and destruction of 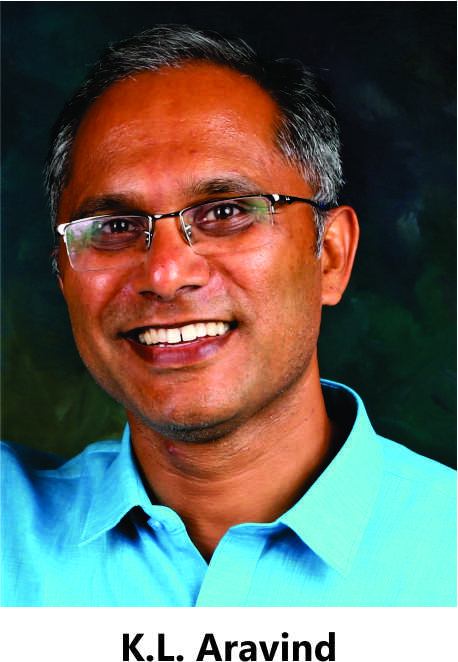 bone marrow after eating moldy grains. However, it was not until 1960, when the entire turkey population of Britain was decimated in a fatal liver disease called “Turkey X Disease”, that the scientific community recognized the negative effects associated with mycotoxins. British agriculture officials later traced the source of the outbreak to aflatoxin in a shipment of peanut (groundnut) meal that originated from Brazil. 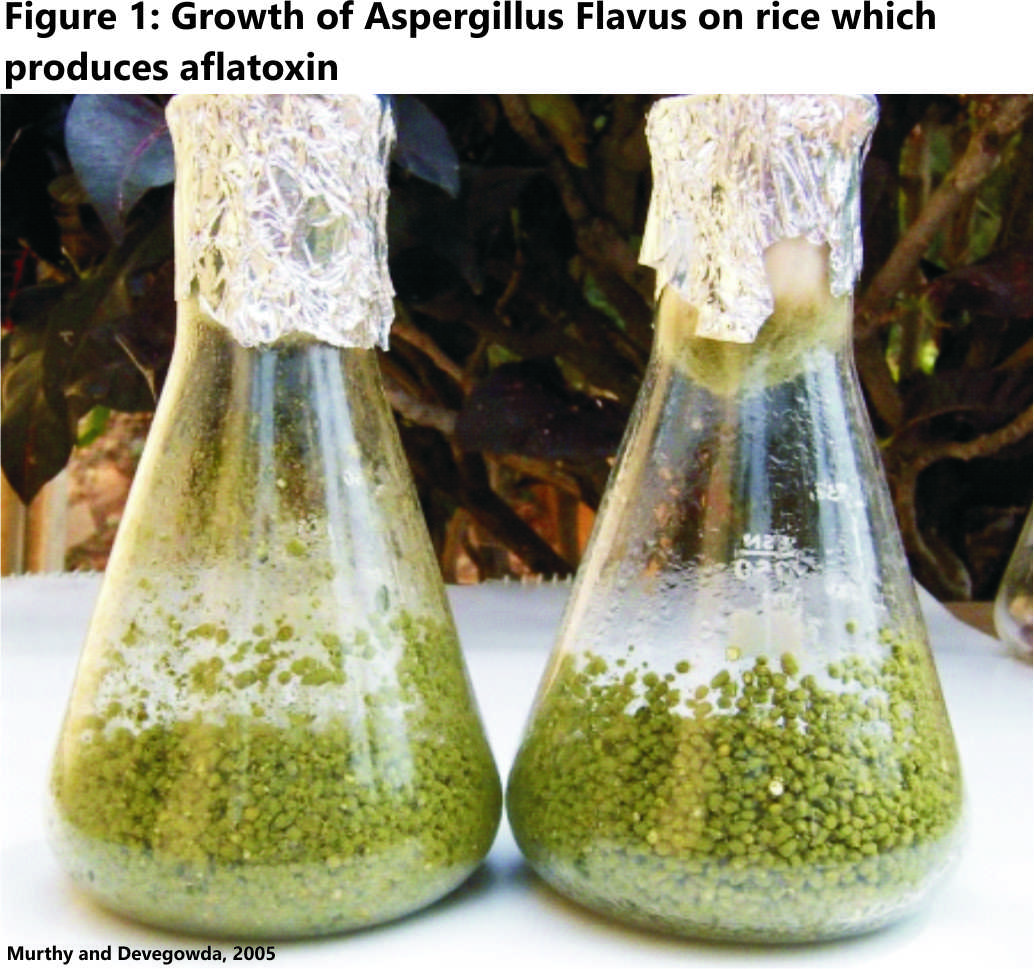 Aflatoxins are the most widespread and the most studied group of all the mycotoxins and they are prevalent in warm and humid climatic conditions as exists in India and in many Asian countries. Aflatoxins are primarily produced by fungi of the genus Aspergillus (Aspergillus Flavus, Figure 1) and are found in dairy feeds and human food products. Major forms of aflatoxins found in feeds include B1, B2, G1 and G2 with aflatoxin B1 being the most common and toxic and is described as the potent naturally occurring carcinogen
Permissible level of Aflatoxin B1 in dairy feeds
Strict control of aflatoxin B1 level in feeds for lactating dairy cattle and buffaloes is required in order to minimize the level of aflatoxin M1 in milk and milk products. The USFDA and FSSAI set a maximum permissible level for aflatoxin M1 in milk at 0.5 µg/Kg of milk or ppb, which means that one ton of milk, should not contain more than 500 micrograms of aflatoxin M1. The US Food and Drug Administration (FDA) and BIS (India) stipulate a maximum of 20 ppb of aflatoxin in dairy feeds, which means that one ton of feed, should not contain more than 20 milligrams of aflatoxin B1. The European Union regulations are much more stringent and the maximum level set at 5 ppb (Table 1).Major concerns about contamination of cow’s milk by aflatoxins are limited to aflatoxin B1.
Aflatoxin B1 is readily transmitted from feed to milk; approximately 1 to 6% of Aflatoxin B1 present in the Dairy cows and buffaloes feed is transferred to milk as Aflatoxin M1.

Permissible level of Aflatoxin M1 in milk
The occurrence of aflatoxins in human breast milk, commercially available milk and milk products is one of the most serious problems of food hygiene, as milk is a key source of nutrients for humans. This is especially significant for infants and children, who are potentially more sensitive and have less variety in their diets.
In the US and in India (FSSAI) it is required by the law that aflatoxin M1 in milk should be less than 0.5 parts per billion (ppb), which means that one ton of milk should not contain more than 500 micrograms of aflatoxin M1. In Europe, the regulations are much more stringent, and maximum levels are set at 0.05 ppb.
The milk free of aflatoxin is considered desirable, but it is not easy to achieve this ideal. Therefore, all countries accept milk contamination with some amounts of this toxin.

What can I do if milk is found to containexcessive AFM1 concentrations?
Immediately after aflatoxin is detected in milk, the ration should be reformulated with ingredients that contain less than 20 ppb of aflatoxin B1. Inclusion of aflatoxin binder in the feed is also beneficial to reduce the aflatoxin M1 level in the milk. Pelleting of feed will not destroy the aflatoxin B1, since they are heat stable.
Once a level of contamination of 20 ppb or higher in a feedstuff has been determined, the feed can no longer be used to feed milking dairy animals. However, growing animals and dry (non-milking) dairy cows and buffaloes can be fed levels of feed with aflatoxin containing more than 20 ppb but less than 50 ppb.
Impact of consuming aflatoxin M1 contaminated milk on human health
Long-term or chronic exposure to aflatoxins has several health consequences including:  aflatoxins are potent carcinogens and may affect all organ systems, especially the liver and kidneys. Children are particularly affected by aflatoxin exposure, which is associated with stunted growth, delayed development, liver damage, and liver cancer. Aflatoxin B1 exposure results in accumulation of fat and necrosis of liver cells.
Ingesting small quantities of the toxins over the long term can cause liver cancer, and in some cases, it can cause lung cancer. This is because aflatoxins are potent carcinogens, which are cancer-causing agents.
Common raw materials used in dairy feed that are susceptible to aflatoxins
a. Raw materials containing high levels of aflatoxins:
Groundnut cake, Cottonseed cake, Copra cake, DDGS and Maize gluten meal.
b. Raw materials containing moderate levels of aflatoxins:
Maize, rice polish, de-oiled rice bran and wheat bran.
c. Raw materials containing low levels of aflatoxins:
Rapeseed meal, Soybean meal, straw and hay.
Storage of dairy feeds under field conditions to prevent fungal growth

Use of Aflatoxin binders for control of Aflatoxins
Practical aflatoxin control involves two main stages: prevention of fungal growth and toxin production in feeds, and decontamination of existing aflatoxins in feeds. Several strategies, to be adopted in a coordinated manner have been proposed to reduce the impact of aflatoxins, which include: plant breeding for mold resistance, efficient harvesting and storage practices to minimize contamination and decontamination process for the contaminated commodities. The most effective method of neutralizing aflatoxins already in feed is by binding them to an inert compound before they can be absorbed from the intestines.
Conclusions
A strong recommendation is made hereby to view the problem in its natural way i.e., contamination of foods and feeds by aflatoxins. It is therefore essential to take all the necessary precautions: