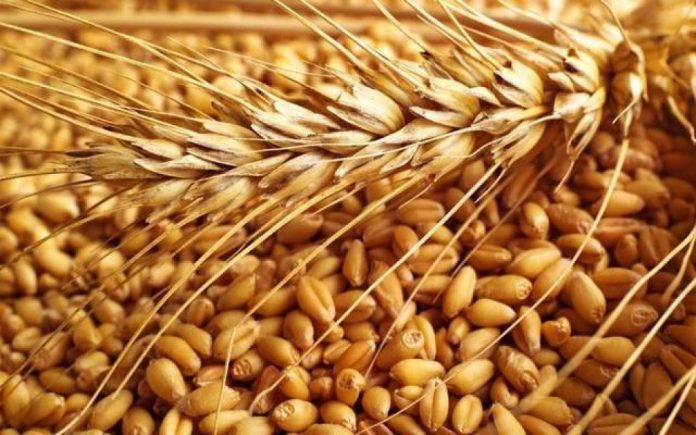 As the coarse grain’s price tops the foodgrain’s rate after a decade, Indonesia, Malaysia begin buying from India

With corn (maize) prices ruling higher than wheat for the first time in a decade, demand for the latter has increased in the domestic and export markets, according to trade and industry experts.

India has begun exporting wheat for feed to countries such as Indonesia, while enquiries are coming in from Vietnam. This will help India maintain wheat exports at last fiscal’s level of two million tonnes (mt)

With corn priced higher, about 5,000 tonnes of wheat have been bought by the poultry sector at ₹19,500 a tonne farm delivery from Uttar Pradesh, he said.

At the same time, the poultry industry in Tamil Nadu is looking to buy corn from Uttar Pradesh and Bihar at ₹20,000 a tonne farm delivered. Subramanian said wheat would have to be cheaper by at least ₹2,000 than corn for the poultry sector. “Corn provides more energy to the birds than wheat. The latter provides more protein,” he said.

‘One nation, one market’

Khan was addressing the business session of the three-day ninth International Wheat Seminar held virtually from Tuesday on ‘Wheat market and price’.

The Centre has approved this under the ‘One nation, one market’ scheme.

Government in a predicament over massive wheat stocks

“Indian wheat will be competitive for exports to Bangladesh. It can also go to Indonesia and Malaysia, where a lot will be bought for feed,” said Khan. The high rates in the global freight market matter and it will help India.

As regards feed, Indian exporters are getting enquiries from Vietnam too. “We received an enquiry for wheat from Vietnam,” said M Madan Prakash, President, Agri Commodities Exporters Association. Currently, corn is delivered at Visakhapatnam port for exports at ₹21,800 a tonne.

The right strategy for wheat exports

“Corn for exports to South-East Asia is quoted at $310 (₹23,150) a tonne FOB,” said Prakash, whose Chennai-based Rajathi Group of Companies exports agricultural commodities such as corn and onion.

A New Delhi-based trade analyst said that wheat is already being exported for feed to Malaysia and Indonesia. These consignments are being shipped from the Kandla port by multinational companies.

“India has had a back-to-back record wheat production. Since the monsoon has been erratic this year, any spike in the price of corn will see demand switching to wheat,” he said.

The domestic milling industry, too, will be looking to procure more wheat from the domestic market as the landed price of the foodgrain even at zero customs duty would be ₹26,000 a tonne. “At the current duty level of 40 per cent, wheat imports will be around ₹35,000,” he said, adding that wheat from Uttar Pradesh and Bihar could find their way into Bangladesh.

Khan said the outlook for wheat was “flat to bearish” in view of record production in India and higher global output. He said record stocks with the FCI would also act as a dampener, while higher demand would bring down the huge inventories.

While 1.8 mt of wheat stocks would go towards suppl under the Prime Minister Garib Kalyan Yojana (PMGKY) as Covid-19 relief every month for seven months, OMSS sale could be 5-7 mt. “Comfortably, OMSS sale will be six mt,” he said, adding that it will result in 26.77 mt wheat carryover stocks by April 1 next year.

“The Government has a strategy in place with another high procurement and it will also get the inventories cut,” Khan said.

This year, India had 27.30 mt of wheat stocks as on April 1. It had bulged to 60.29 mt by June 1, with the Centre procuring a record 43.2 mt of wheat directly from the farmers for the buffer stocks. The wheat stocks are against a mandatory requirement to have 24.58 mt of the foodgrain as operational stock on July 1 beside three mt as strategic reserves to meet any food emergency.

Yadav said India had a good market for its wheat 7-8 years ago, with even African countries buying. “During 2012-15, we exported 6-7 mt of wheat, with Bangladesh buying five mt in 2013. Since exports got discontinued, buyers have lost the taste for Indian wheat. But India can facilitate trade to Indonesia for milling purposes, though mills there will have to change the blend,” he said.

Khan said that wheat prices, which had firmed up in the first half this year, would drop during the current half.

Corn and wheat prices in the global market have, in fact, dropped by nearly seven per cent in the past month. This is on the back of favourable weather outlook in the US.

Corn acreage is estimated to increase by two per cent, while area under wheat could increase five per cent from last year. However, China, which had driven up commodity prices by buying huge quantities of wheat, corn and soyabean from the global market, is likely to import 20 mt of corn, six mt lower than last year.

Also, wheat continues to be used as substitute for feed in China, the US Department of Agriculture said.

Thanks to China, US exports of corn during January-April more than doubled at $.7.58 billion compared with $2.92 billion during the year-ago period. Wheat exports increased by $400 million to $2.63 billion, while soyabean shipments surged to $8.43 billion against $4.67 billion in the same period last year.