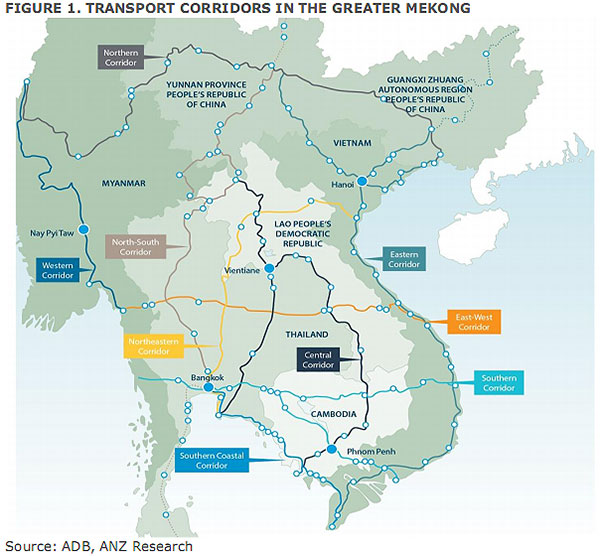 South Korean conglomerate the CJ Group early this year announced the opening of its new CJ Vina Agri Feed Production Plant in northern Ha Nam province; its fifth animal feed plant in Vietnam. It is also completing construction of a sixth plant, in south-central BinhDinh province, as part of its expansion strategy in animal feed production. “The CJ Group is committed to maximizing its investments to achieve the Great CJ 2020 targets in its medium and long-term plans, with revenue reaching USD 100 billion globally,” said Mr. Chang Bok Sang, Chairman of the CJ Group in Vietnam. “And Vietnam is a bright spot in achieving that goal.”
Intensive investment
Vietnam has attracted large amounts of foreign direct investment (FDI) from Asia, totallingUSD 35.88 billion in 2017, an increase of 44 percent year-on-year and a record for the last ten years. Last year established Vietnam as a main manufacturing hub, with the majority of FDI flowing into the manufacturing and processing sector, representing 44.2 percent of all FDI, or USD 15.87 billion.
Japan and South Korea have led in FDI into Vietnam over recent years and the CJ Group has been among the leading investors, with aggressive business expansion activities around the country recently, especially in agriculture and manufacturing and processing.
Food giant CJ CheilJedang, a subsidiary of the CJ Group, last year announced it would invest nearly USD 63 million in an integrated production base applying advanced technology at Ho Chi Minh City’s Hiep Phuoc Industrial Park. Once completed in July, the complex will include a processing facility, a research and development (R&D) center, and a food safety control system. It will cover a total area of 66,000 sq m and produce 70,000 tons of food per year. The opening of CJ’s two new animal feed plants also expresses its ambition in the competitive industry in Vietnam.
Its expansion in Vietnam is expected to push the South Korean group’s food business revenue to USD 700 million by 2020.
Thailand ranked second after Singapore among ASEAN investors in Vietnam last year, with 47 newly-registered projects and total registered capital of USD 713 million. C.P. Vietnam has been one of the largest long-term Thai investors in Vietnam since it arrived in the country 20 years ago. As one of the leading producers of animal feed, breeding animals, livestock farming, and food processing, the company now has eight production plants around the country: four livestock feed plants, three fish feed plants, and one corn drying plant.
The company faced challenges in 2017, however, with product prices falling below production costs throughout the year, especially in pork production, which accounts for a significant proportion of its business structure. Meanwhile, its aquaculture production achieved better results than in previous years, as it did better in disease control.
According to Mr. Nguyen Xuan Duong, Deputy Director of the Department of Livestock Production at the Ministry of Agriculture and Rural Development, the animal feed industry has maintained double-digit growth over the last two decades, with output jumping from 400,000 tons in 1993 to more than 23 million tons in 2016. Vietnam is today the leading country in ASEAN and the tenth in the world in animal feed production.
Supportive policies
The Vietnamese Government is pushing to improve the country’s investment environment, building a creative government, listening to enterprises, and expressing a willingness to remove barriers and encourage the development of production and business, according to Mr. Suwanposri.
Regarding the livestock production sector, the Law on Livestock Production is being reviewed and critical changes are expected, promoting the development of industrial production, environmental protection, and disease control. “We firmly believe that the government is working hard to ensure the investment environment is smooth,” Mr. Suwanposri said.
Hurdles to overcome
Mr. Suwanposri said the most significant challenges in livestock development in Vietnam are controlling disease outbreaks, the limited land area for animal husbandry, and accessing raw materials for animal feed production, which are still being imported to a large extent.
Source: VN Economic Times