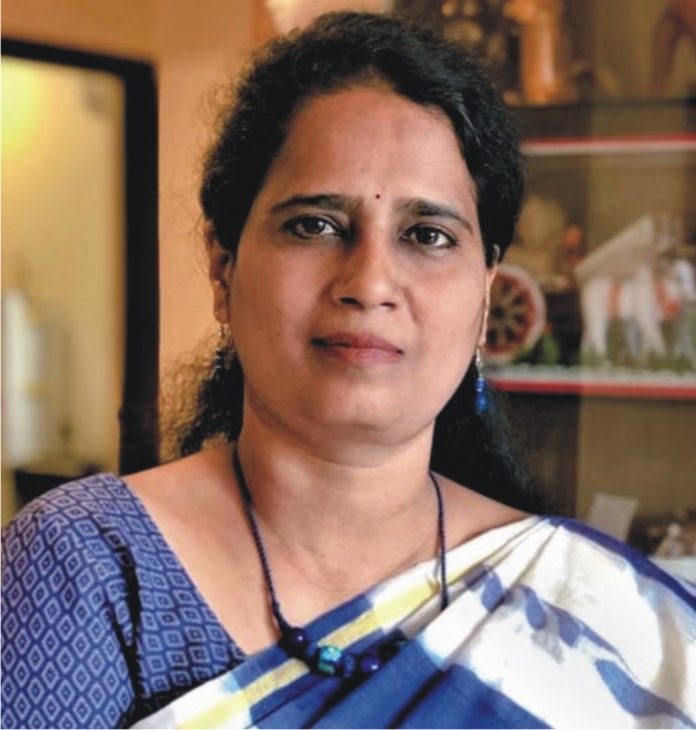 The National Fisheries Development Board (NFDB) was established in 2006 as an autonomous organization under the administrative control of the then Ministry of Agriculture & Farmers Welfare, Dept. of AH, Dairying & Fisheries (Presently under Department of Fisheries, Ministry of Ministry of Fisheries, Animal Husbandry and Dairying, Govt. of India). In an e-interview with Think Grain Think, Dr. Suvarna Chandrappagari – Chief Executive, NFDB shared how board is supporting the Government vision of doubling the farmers’ income. Please read the excerpts below:
Pradhan Mantri MatsyaSampadaYojna (PMMSY) aims to bring the blue revolution in the country. Please share your thoughts on how the scheme helps in doubling aqua farmer income? Also, with a huge population, India itself is such an untapped market, is thereany policy to improve domestic consumption?
The Pradhan Mantri MatsyaSampada Yojana (PMMSY) was launched at an estimated investment of Rs 20050 crore comprising of Central share of Rs 9407 crore, State share of Rs 4880 crore and beneficiary’s contribution of Rs 5763 crore as part of the Aatmanirbhar Bharat package.
The Three Broad sectors focused are:
(i) Fish Production and Productivity
Increasing fish production to 22 MMT by 2024-25 from 13.75 MMT in 2018-19.
Enhancing aquaculture productivity to 5 tonnes per hectare from the current national average of 3 tonnes.
Augmenting domestic fish consumption from 9 kg to 12 kg per capita.
(ii) Economic Value Addition
Increasing contribution of fisheries sector to the Agriculture GVA to about 9% by 2024-25 from 7.28% in 2018-19.
Doubling export earnings to Rs 1,00,000 crores by 2024-25 from Rs 46,589 crores in 2018-19.
Facilitating private investment and growth of entrepreneurship in the fisheries sector.
Reduction of post-harvest losses from the reported 20-25% to about 10%.
(iii) Enhancing Income and Employment Generation:
Generating 55 lakh direct and indirect employment opportunities along the value chain.
Doubling the incomes of fishers and fish farmers.
Government has framed National Fisheries Policy to address the strategy for improving domestic consumption:

To promote domestic fish consumption and create awareness about the nutritional value of fish, NFDB has been organising fish festivals/fish melas and also supporting various States/UTs for conducting such events. Under PMMSY, an action plan is being worked out for promoting domestic consumption of fish and fishery products.
NFDB is also going to take up a three-month campaign inclusive of digital campaign, broadcasting the jingles, advertising in print media, preparing posters on nutritional aspects of fish etc.
India is the number one exporter of shrimp but is a protein-deficient country. What role the industry can play in bringing food and nutritional security?
Fisheries sector is marching ahead at a rapid pace and providing food, nutrition and livelihood to a large section of population besides supporting the country economy through export and trade. On account of population upsurge, climate change and changing food habits, the demand for fish has significantly increased over the last few decades, which is expected to pose newer and greater challenges for nutritional security.
Fish is an affordable and rich source of animal protein and is one of the healthiest options to mitigate hunger and nutrient deficiency. Globally, fish provides 1.5 billion people with almost 20% of average per capita animal protein intake and 3 billion with at least 15%. In last few years, along with fish production and export, India has also witnessed growth in the domestic fish consumption.
However as compared to the total fish production in the country, the domestic fish consumption stands low – with an annual fish consumption of 5 Kg per capita. This consumption rate stands considerably low when compared to the global consumption of ~20.5 Kg per capita (2018) .
Fisheries and aquaculture development needs to be managed in an environmentally responsible and sustainable fashion through multi-dimensional research support. Knowledge – based appropriate utilisation of water resources, efficient management of diversified aquaculture system and allied enterprises are expected to ensure the horizontal and vertical expansion of aquaculture. A robust system of public private partnership needs to be developed where the private sector, industry, farmers, communities, government, research institutes and civil societies need to play a role.
Over-dependence on the export markets and the absence of any alternative backup plans threaten the sector’s sustainability during crisis time. How this can be addressed?
Only less than 9% of fish production goes for export and 50% by weight and 73% by value is shrimp. We have huge potential for the domestic consumption of fish and shrimp. Most of fish production through aquaculture in India is of Indian Major Carp species and this is entirely consumed at domestic level. Hence, there is no such threat envisaged about over-dependence on exports.
Total fish production in India was 12.59 million tonnes (mt) and we hardly exported 10% ofthe produce in 2017-18. Can you please share the source of government datawhich is usually found on a higher side?
The source of fish production data is from the State Governments/UTs. The source of export figures is from MPEDA. Whatever fish produce is exported at present is either of shrimp or marine fisheries sources. Entire inland aquaculture production and inland capture fisheries production are mostly confined to IMC species and they go for domestic consumption.
One pervasive issue that has negatively affected the industry since it began in the late 1980s is disease among shrimp populations. How NFDB is helping farmers to cope up with this issue?
To provide specific pathogen free shrimp seed to farmers, NFDB has provided financial assistance to Rajiv Gandhi Centre for Coastal Aquaculture (RGCA), MPEDA for setting of Aquatic Quarantine Facility at Neelankarai, Chennai. This has helped in quarantining the shrimp broodstock imported from other countries before they are supplied to shrimp hatcheries for seed production. Besides, NFDB is also providing financial assistance to various fisheries institutes, States/UTs for providing training and awareness to shrimp farmers for selection of quality seed and practicing better management practices.
To help the farmers from the scenario of disease outbreak in shrimp sector, NFDB has promoted various diversified species such as cobia, pompano, lobster fattening, crab fattening, sea bass, pearl spot, Murrel, pangasius, seaweed, ornamental fisheries, L.V annamei, gift Tilapia under the Technical guidance of ICAR Fisheries Central Institutes apart from technology upgradation Programmes in collaboration with ICAR institutes on various projects.
NFDB through its Regional Central National Freshwater Fish Brood Bank (NFFBB) is maintaining good quality and/ or genetically improved Fish brood-stock obtained from research organizations with proper package and management protocols and multiplication of these Genetically Improved Fish Species (GIFS) brood-stock in order to produce breeder seed and distribute these breeder seed (fry/fingerlings) to accredited hatcheries as source for brood stock for further multiplication and supply to farmers to meet the seed demand across the states.
Under quality seed program of NFDB, NFFBB has distributed 16.46 crore seed of genetically improved fish species to the beneficiaries belonging to 14 States (Andhra Pradesh, Assam, Bihar, Chhattisgarh, Jharkhand, Madhya Pradesh, Maharashtra, Odisha, Rajasthan, Tamil Nadu, Telangana, Uttar Pradesh, Uttarakhand and West Bengal). Apart from NFFBB its network hatcheries also could disseminate 123.39 Crores of spawn of improved fish varieties (predominantly Jayanti Rohu, Improved Catla& Amur Common Carp) to the farmers across the country.
NFDB has taken up projects such as National Disease Surveillance Program through NBFGR with the Primary purpose to provide scientifically accurate, cost-effective information for assessing and managing risk of disease transfer associated with trade in aquatic animal and public health.
NFDB is also assisting in establishing grade I and level three Aquatic Referral laboratories across the country to guide the farmers in identifying the disease and giving advisories on the same.
Think Grain Think Feed Interview with Dr. Suvarna Chandrappagari, Chief Executive, National Fisheries Development Board

Talent Retention is no less than Customer Retention

The Indian poultry sector in next five years