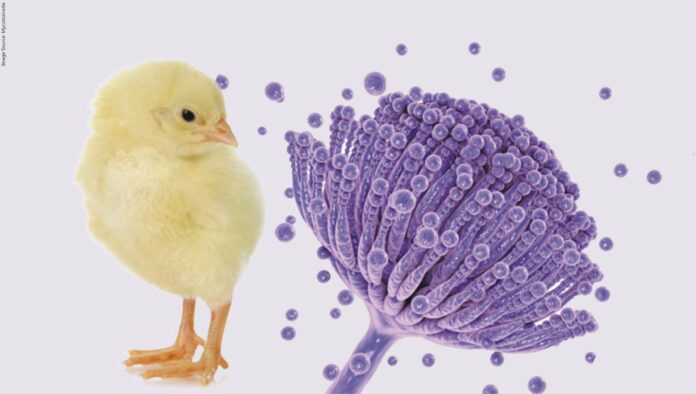 Introduction
Mycotoxicosis is caused by natural toxins [mycotoxins] produced by fungus, which has rather become a global concern.  The disease significantly impacts the health and productivity of poultry species. The symptoms produced are not straight forward. The disease is produced when the mycotoxins are fed in small amounts through feed for a longer period of time. When the mycotoxins enter the body of the bird, it affects the functioning of important organs, making the birds immunocompromised, resulting in the bird becoming prone to other bacterial and viral infection, which can ultimately lead to decline in performance and occurrence of undesirable changes in the birds. Thus, the presence of mycotoxins in poultry feed can result in significant economic losses in poultry production.  The awareness on the prevalence of mycotoxicosis is very minimal among the poultry farmers and producers. There is also a lack of available modern techniques available to analyze the disease. In order to prevent the losses caused by mycotoxicosis, an overview of the disease and its prevention and control measures have been discussed in this article.
Etiology
There are hundreds of mycotoxins known but only some exert pathogenic characteristics. Major mycotoxins are produced by 3 genus- Aspergillus, penicillium, fusarium. Some important mycotoxicosis conditions caused are- 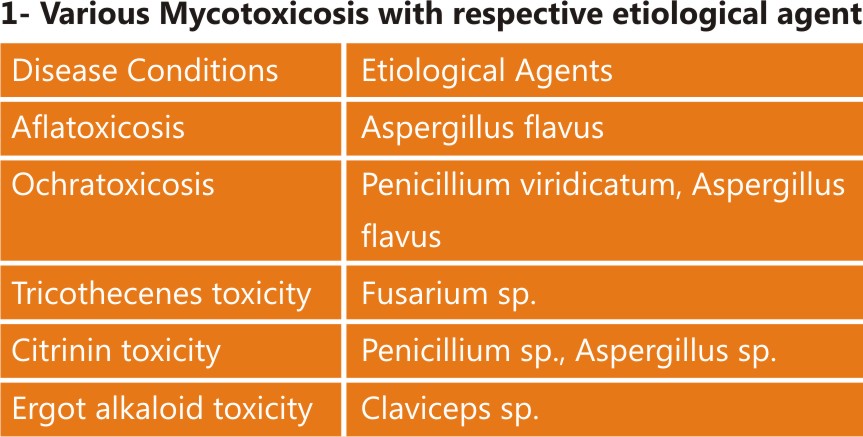 The toxins can be produced in food grains and feed during crop production, harvesting, storage, intake, consumption and subsequent intoxication of which produce disease leading to immunosuppressive condition and hampered production potential.
Pathogenesis
Mycotoxins exert their effect through 3 primary mechanisms –

Important Mycotoxicosis Conditions with Their Effects
Aflatoxicosis- Caused by hepatotoxic and carcinogenic metabolites, Aflatoxins. Aflatoxins B1, G1 and their dihydoxy derivatives B2 and G2   naturally contaminate the feed. Aflatoxin B1 is the most common and is a pre-carcinogen.
Susceptibility varies as ducklings, pheasants, turkeys being the most susceptible whereas chickens, quails, and guinea fowl are relatively resistant. Domestic turkey [Meleagris gallopavo] is the most susceptible one.

Ochratoxicosis- Quite a toxic condition of poultry caused by nephrotoxins, ochratoxin. Most frequent form is ochratoxin A followed by its non-chlorinated metabolite ochratoxin B and ethyl ester form ochratoxin C.

Ochratoxin A also causes hypocarotenoidemia which has more severe affects in broilers than Aflatoxins.
Aflatoxicosis and Ochratoxicosis results in a rubbery condition of bones apparently related to increased tibial diameters and perhaps poor mineralization of bone tissues in young broiler chicks.
Trichothecenes Toxicity- Trichothecenes are most potent small molecules inhibitors of protein synthesis which is commonly a contaminant of corn and other commodity grains

Citrinin Toxicity- It also produces nephrotoxicity like ochratoxicosis.
Other effect produced are:

Diagnosis- It is difficult as no straight symptoms are produced, but it could be suspected if the feed is of poor quality and the bird’s performance is not up to the mark.
Accurate diagnosis involves detection and quantification of specific toxins. Feed and ingredient samples should be properly collected and promptly submitted for analysis. Multiple samples should be collected from different sites.
Necropsy and related diagnostics tests should accompany feed analysis for definitive diagnosis.
Thin layer chromatography and ELISA method are relatively easy and rapid technologies for mycotoxins detection. 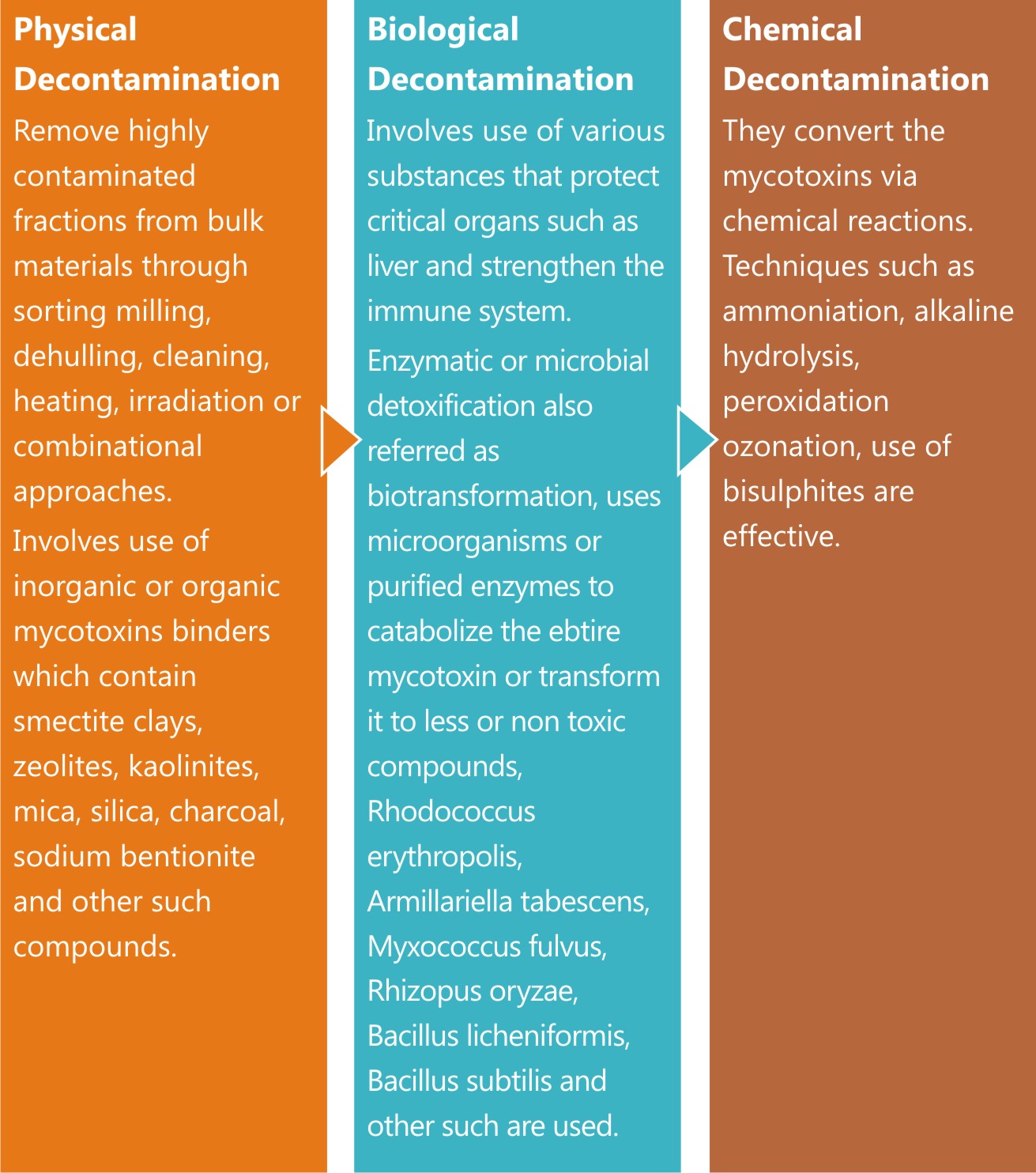 Conclusion
Mycotoxicosis causes huge economic losses to poultry industries making the birds immunocompromised, and ultimately leading to outbreaks. By the time of their suspicion and detection, huge loss has already occurred. Moreover, the decontamination strategies can prevent the production of mycotoxins but they can’t work against the effects already produced by mycotoxins. So, the only way to combat mycotoxicosis is by inhibiting mold growth in raw materials or feed which requires constant attention. Awareness on feed safety among the farmers and feed manufacturers can do a lot. Therefore, the prevention and management practices are the most important aspects. So, it’s better to focus more on prevention strategies which are a cakewalk as well as cheap.

References are available upon request.