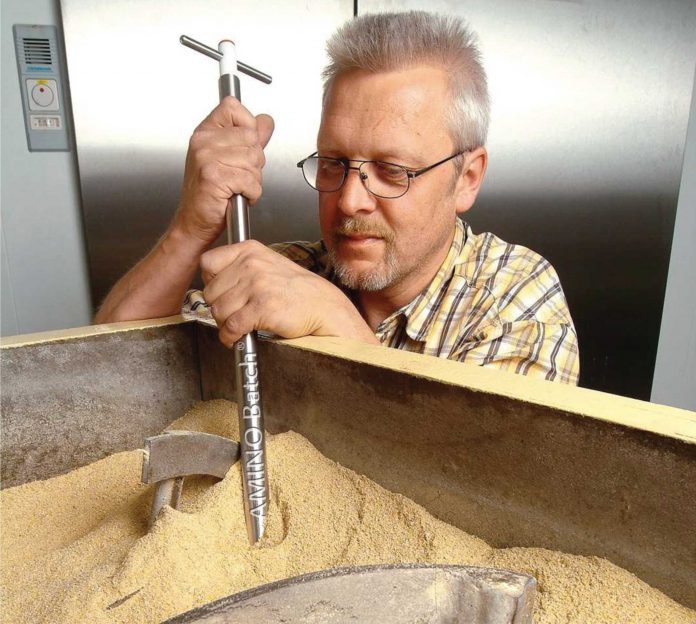 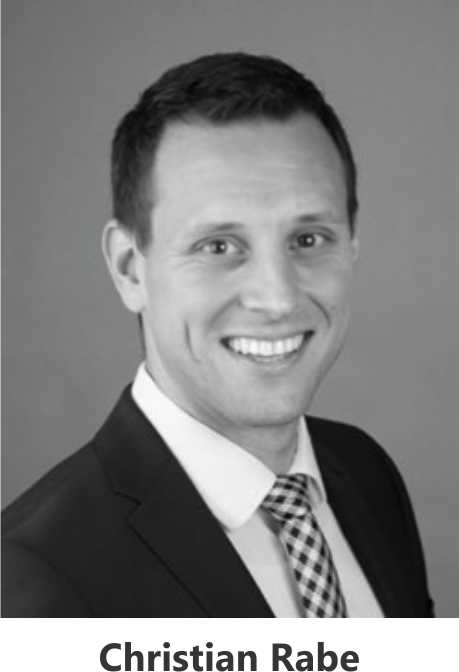 Homogenously mixed feed is essential for livestock performance as it ensures that all added nutrients are available within every feed ration. In particular, the essential and low-dose ingredients like vitamins, trace elements, minerals, amino acids, for example, must be available in the right amount within each final feed pellet.
The impact of mixing homogeneity, expressed as coefficient of variation (CV) on important livestock performance factors can be seen in this study, conducted with 240 Ross broilers in a 42-day grow-out period. (Ciftci and Ercan, 2003).
With better feed homogeneity (10 per cent CV vs 30 per cent CV) there was a moderate improvement in feed intake and feed conversion rate.
At the same time, flock homogeneity improved significantly which is an important economic factor. The efficiency and the profitability of the production of live animals will be directly impacted by the homogeneity of mixed feed.
As a rule, homogenous feed mixes with a CV of five per cent or below can be technically achieved under commercial conditions and are considered as optimal for livestock performance, particularly poultry. In this context, it is important that the analyte and assay which are being used for assessing homogeneity are suitable, sensitive and accurate to pick up the variation. The following ranking for the CV of feed additives in finalized feed is commonly used. 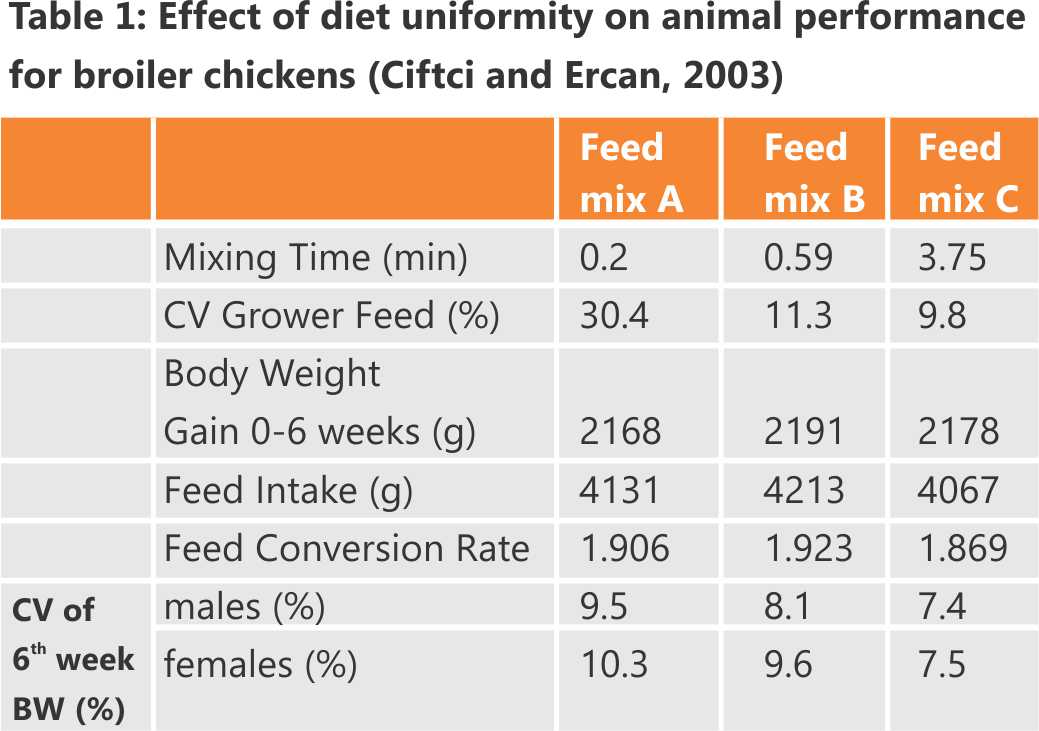 There are numerous factors influencing the mixing homogeneity of final feed. One important factor is the incorporation of liquids. Even below an addition rate of three per cent, special care has to be taken to achieve results comparable to the dosing of dry ingredients. The added liquids should be mixed longer than the dry ingredients to ensure homogeneity and to break up agglomerates that will have formed. There is the risk that if the dosing technique for liquid addition is suboptimal, small lumps might form which are not dissolved during the mixing process, eventually leading to larger agglomerations (Behnke, 1996; Froetscher, 2005).

To break up the lumps and increase mixing homogeneity, high – speed paddle mixers with spraying systems suitable for the dosed product are required. The positioning of liquid additions into the mixer and the additional wet mixing time are important to achieve homogeneity of the final feed. Also, liquid dosing systems require additional cleaning and maintenance of nozzles to prevent poor mixing results (Clark, 2009). With the time required for spraying liquids, optimal mixing time is often compromised in order to not extend batch time and reduce mill throughput. That typically leads to poorer mixing quality. It is critically important that the liquid spraying system is being operated and maintained with care to avoid fouling, which will reduce mixing homogeneity and result in under-dosing of the product with grave consequences for livestock performance. 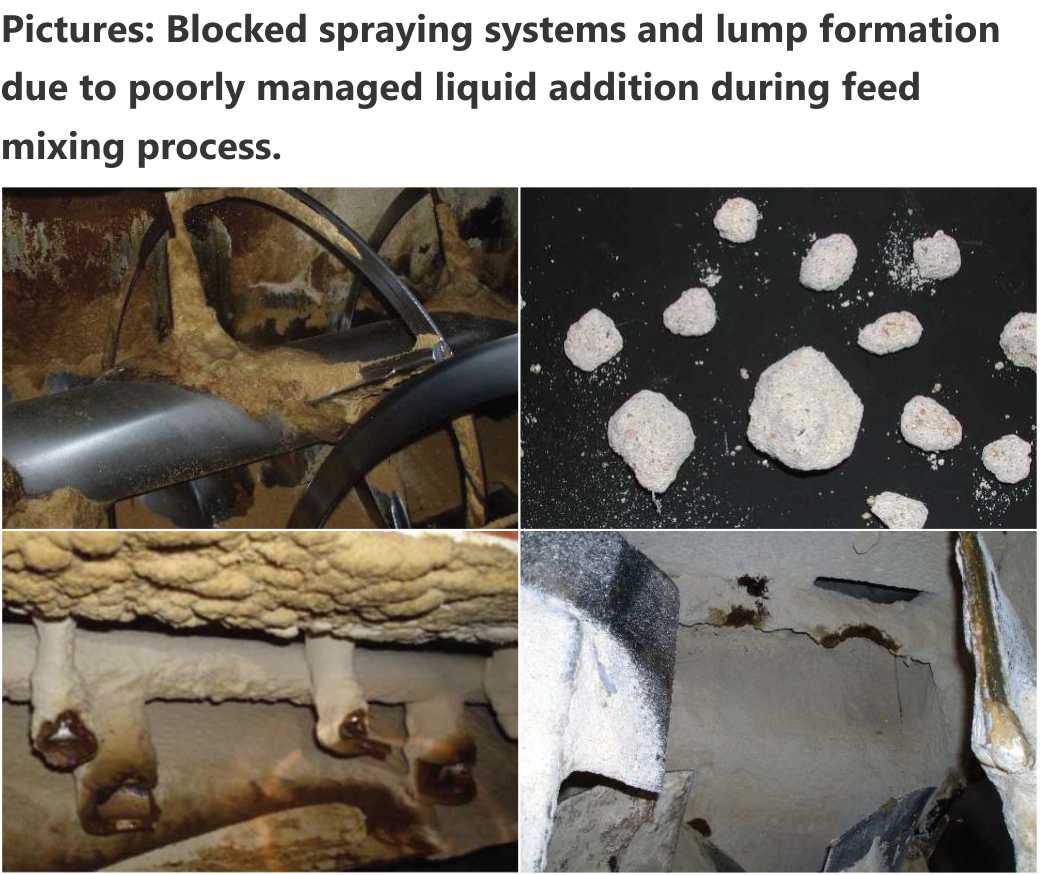 In general, materials that are similar in size, shape and density are more conducive to attaining a uniform mixture than dissimilar materials, like solids and liquids (Fellow, 2000). It is proven that flowability of solids is also crucial for a homogeneous feed mixture and that increasing moisture of the mixture affects the mixing homogeneity negatively by reducing the flowability of solids (Shenoy 2015).
Long-term studies at Evonik Industries (Figure 1) indicate that a higher percentage of mixes did not achieve acceptable mixing quality. On average the addition of liquid forms of amino acid analogue resulted in lower recovery of the product in the final feed, and poorer mixing homogeneity. One feed mixture out of three is not acceptable if using liquid forms of amino acid analogue. Those long – term tests were conducted under field conditions with different mixer sizes, equipment designs, filling levels, feed types and supplementation rates. The overall results were statistically evaluated for the CV of the supplemented amino acid and its analogue to evaluate the mixing homogeneity. 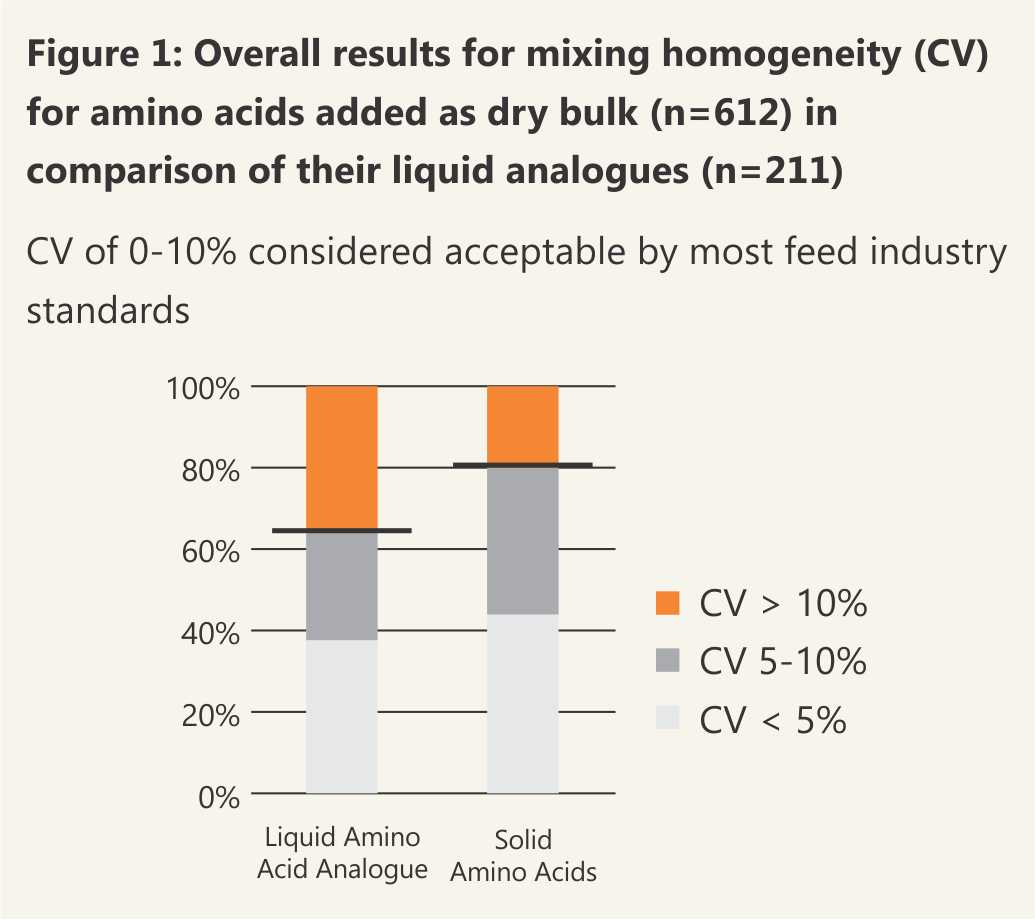 The lesser mixing homogeneity observed with adding liquid sources of amino acid analogue may be due to different factors including too-short mixing time, poor placement of the liquid inlet, simultaneous dosing of powder and liquids, or suboptimal mixer technology.
Achieving sufficient mixing results with the addition of liquids is possible. However, they require particular care regarding design, maintenance and cleaning of the dosing and mixing system. Minimizing the addition of liquids and relying mostly on dry ingredients and additives remains, in comparison, a more robust concept.