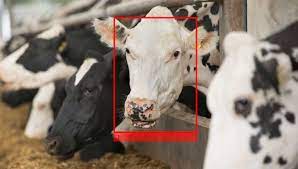 Cows are considered the backbone of the rural economy, but face neglect in becoming productive, but now a top business school has proposed a facial recognition technology-based development model integrating stray cattle.
An Indian Institute of Management Ahmedabad (IIM-A) study recommends a model using facial recognition technology for stray cows to link them with donors to achieve “Gai Aadharit Unnati (GAU),” or cow-based development.
The working paper, authored by IIM-A faculty member Amit Garg and others, proposes linking stray cows that end up in shelters with donors using an Artificial Intelligence (AI)-based model for a self-sustainable cow-based economy.
The “GAU model,” including the tech platform, was launched in January this year in Vadodara in Gujarat for a live demonstration.
Plans are afoot to launch the model in Uttar Pradesh, says the paper titled, “Gai Aadharit Unnati (GAU): Modernising Cow-based Economy through Application of Advanced Technology.” For a live demonstration, an NGO (non-governmental organization) and a panjrapole (cow shed) serving 1,000 cows have been selected.
A “GAU Vision App’ is used to recognize the face of cows. The profile of such cows is created on the portal which is used by a donor to make donations, it says.
In-house and proprietary research done by TechMachinery Labs created machine learning models to recognize the face of a cow from a live cow or from its photo. “The face can be recognized for all those cows for which the model is trained with a minimum accuracy level of 92%,” as per the paper.
Donor money will go to an NGO via the GAU platform, with the voluntary organization providing it with fodder via a company.
As per the authors, such a platform will offer transparency in the disbursement of funds and help a donor choose one or more cows from the database and donate to them on a regular basis, forming a kind of personal link between them.
“Economical optimization of stray cow by-products: cow dung derivatives like cakes, compost, briquettes, incense sticks, etc, and cow dung as such along with urine can be sold to biogas/bio fertilizer generation plants for further economic benefits,” said the paper.
The real-world application of the model also demonstrates how a community biogas plant can help sustainable energy transitions for villages and even cities to become self-reliant and lower their dependency on LPG, it said.
“In the long run, the proposed model relies more on internal revenue generation and phasing out the donation part to enable the GAU-based sustainability model for an economy,” states the paper.
The paper quotes the 20th livestock census which states that there are 50 lakh stray cows in the country, with their number rising, especially after a recent ban on slaughterhouses for cows.
Source: Business Line

Fodder availability – A prime concern for the Indian Dairy sector