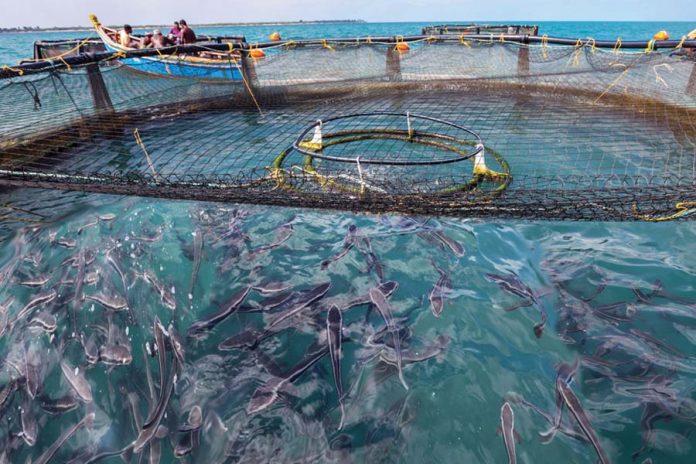 The Uttar Pradesh government has made a commitment to usher in a new Blue Revolution by strengthening fish production as it is creating employment opportunities thereby increasing the rural economy.
“The fish farming business, which was considered a loss deal in the previous governments, has given employment opportunities to thousands of youths in their villages. In the last four years, a total of 7.46 lakh metric tons of fish was produced in the state, which is 1.28 lakh metric tons more than during the five-year regime of the Samajwadi Party government,” government spokesman Sidharth Nath Singh said.
He said due to the effective schemes of the Yogi government, fish production had started spreading rapidly in UP.
“Youth are more inclined to adopt new technologies and techniques and are joining this business. The record production of 7.46 lakh metric tons of fish in UP is proof of this. During the five-year tenure of the SP government, a total of 6.18 lakh metric tons of fish was produced,” he said.
The present government provided loans amounting to nearly Rs 6,972.08 lakh to 7,883 fish farmers through Kisan Credit Card whereas in the previous government not even a single fish farmer was given the benefit of the credit card scheme. The Yogi-led UP government has allotted 2,821 houses to fishermen in the state in the last four years.
Besides, in the last four years, 3,392.74 lakh metric tons of fish seed was produced in the state. The government has made a provision of Rs 243 crore in the budget for the Pradhan Mantri Matsya Sampada Yojana started by the Central government. In order to provide financial security to the fishing community, two lakh fishermen will be covered with free insurance in the financial year 2021-2022.
Last year, UP was selected as the best state of north India for successful operation of fish farming schemes and production. The Recirculating Aquaculture System (RAS) system of fish farmers of Barabanki district has been implemented across the country. Most of the fish consumed in UP comes from Andhra Pradesh and therefore there was immense scope of local production in this sector.
Source: dailypioneer