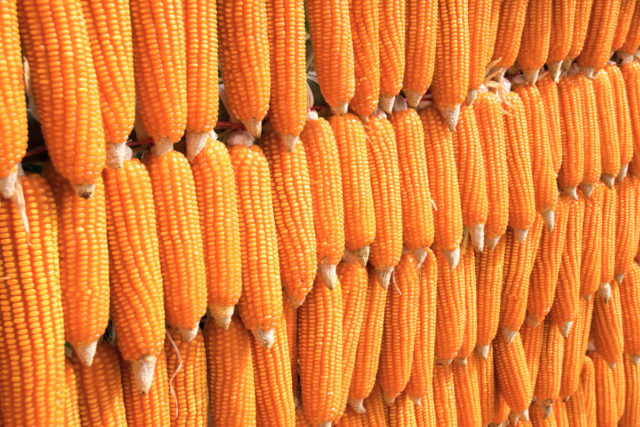 The global maize (corn) market is seen ruling firm this season despite projections of record production as consumption has been projected higher, particularly for non-food used by China, and closing stocks are seen lower for the third consecutive year.
The projections are bound to be bitter-sweet news for India during the current season (July 2020-June 2021), which could make growers happy, but leave the user industry, particularly poultry and starch sectors that are primary consumers, worried.
The production estimates have been lowered this month by at least 10 million tonnes by two global agencies – the International Grains Council (IGC) and Agricultural Market Information Service (AMIS) of Food and Agricultural Organization, a UN body – from the estimates made last month.
On its part, the US Department of Agriculture’s World Agricultural Supply and Demand Estimates (WASDE) has cut production by five million tonnes compared to last month.
The three agencies are forecasting maize production between 1.14 billion tonnes and 1.16 billion tonnes, up from last season’s output pegged between 1.1 billion tonnes and 1.14 billion tonnes. The projection is lower due to cuts in European Union, Ukraine, and the US outputs.
India’s Kharif maize production, according to the first advance estimate of the Ministry of Agriculture’s production of food grain, has been projected at 19.88 million tonnes against 19.63 million tonnes last year.
Maize prices have gained over 30 percent in the last six months with the rates rising 15.5 percent between September and October. In the global market, maize prices are currently ruling between $224 and $238 (Rs 16,560-17,600) a tonne compared with the October average price of $229 (Rs 16,930).
In India, maize prices are currently ruling between Rs 1,350 and Rs 1,400 a quintal compared with the minimum support price of Rs 1,850. However, in user zones such as Namakkal, the hub of the poultry industry, they are ruling at Rs 1,800.
IGC said China’s maize imports were set to rise sharply this season. WASDE said Beijing would buy more than the tariff rate quota, which makes shipments eligible for lower or zero customs duty, of 7.2 million tonnes.
In India, rising demand from the poultry and starch sectors saw maize imports rising to 3.2 lakh tonnes, apart from last season’s production of 28.64 million tonnes, including 9.01 million tonnes during the rabi season.
IGC has projected global maize consumption at 1.17 billion tonnes this season against 1.15 billion tonnes last season. AMIS also came up with a similar margin against 1.14 billion tonnes, while WASE pegged it at 1.15 billion tonnes against 1.11 billion tonnes the previous season.
AMIS said maize trade was set to expand strongly to a new record in Asia, South America and the European Union this season. IGC also projected new peaks for food and fuel use.
AMIS pegged the closing stocks at 345.8 million tonnes against 354.8 last season, while WASDE estimated the closing stocks at 291.1 million tonnes. It projected expansion in demand for maize in view of a drop in projected production and carryover stocks.
As of now, prices in India are under control particularly since industrial use such as starch is yet to peak.
Source: moneycontrol