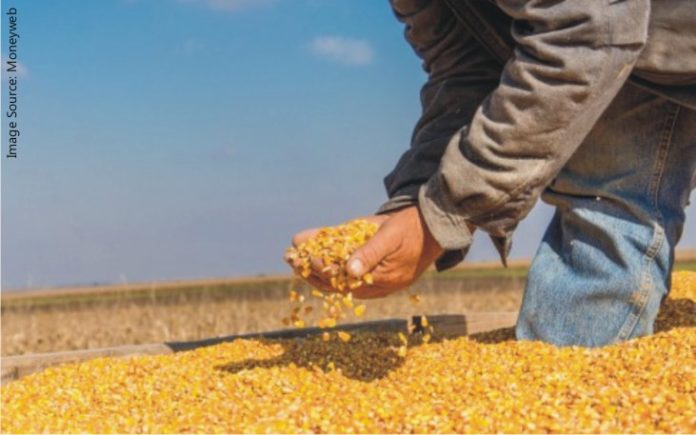 The third most important cereal crop in India-Maize accounts for about 10% of the country’s food grain production. More than half the local maize produce is consumed as poultry feed, while the rest goes as food for humans, animal feed and industrial processing.
Whilst the industry wide ‘pest alert’ that came in light in July-August this year about more than 70% prevalence of the Fall Armyworm (Spodoptera frugiperda) in a maize fieldof Karnataka,Tamil Nadu, West Bengal, Telangana, Andhra Pradesh and Maharashtra led the consumers in gitters.
As per October reports by Economic Times,farmers, biologists and agronomists werescrambling to contain the damage and spread. Though known mainly for attacking maize fields, the fall armyworm also eats an additional 186 plant species, including sorghum and soya beans.
With most of the states have been affected by this pest situation and the drought in Maharashtra and other states,eventually has led to the shortfall in production and increase prices.Spot maize prices have risen 7.6% within Oct-Nov, driving end-users including poultry and livestock feed manufacturers to panic stocking.
By early November, Feed manufacturers headed towards Chindwada in Madhya Pradesh, the only place in the country where maize availability was comfortable compared to other states.However, with the shortage developing during the crop’s peak arrival season, the feed industry is still in panic mode.
A section of the industry believes if India could import maize to meet
domestic requirements It might serve as a breath of relief. Maize attracts a duty of 60% and India’s purchases of the grain from overseas has been intermittent. Imports may become feasible if the government sets a tariff rate quota (TRQ) – charging lower rates for quantities within a quota – for maize. As for the consumer industry like the poultry, it is the need of the hour to meet the prevailing unmet demand of maize for their industry. The industry leaders have already started to reach out Department of Commerce (Government of India) presenting their grievances and seeking a green flag for TRQ imports.
This similar situation last appeared in 2016,to check prices and prevent hoarding, Commerce and Industry Minister Nirmala Sitharaman approved import of 5,00,000 MT of maize under Tariff Rate Quota by a state trading enterprise. Industry leaders today are again eying towards the government to repeat the step yet again after two years.
With all being said there are also those who think that there might be reservations by the policy makers towards approving the TRQ for imports. The major reason being allowing imports can discourage farmers. If farmers get to reap the benefits now with the price rise, they can add to the area dedicated to maize cultivation in the coming years and enhance the availability of the output for the industry.
Whether the policy makers facilitate the availability of maize via imports forconsumer industries like poultry in a pocket friendly way (i.e. with TRQ) or it will be a year for these industries to re arrange their annual budget is yet to be seen.
Source: Economic Times
by Deepika Bharti, Freelancer