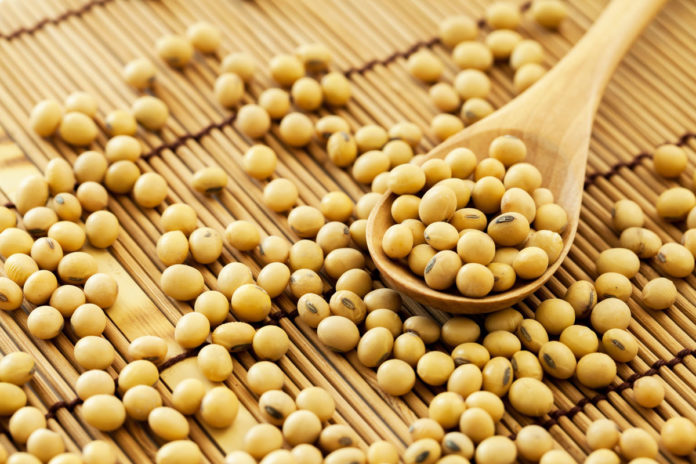 U.S. soybean growers are losing market share in the all-important China market because the race to grow higher-yielding crops has robbed their most prized nutrient: protein.
Declining protein levels make soybeans less valuable to the $400 billion industry that produces feed for cattle, pigs, chickens and fish. And the problem is a key factor driving soybean buyers from the U.S. to Brazil, where warmer weather helps offset the impact of higher crop yields on protein levels.
A decade ago, the United States supplied 38 percent of soybeans to China, the world’s top importer, compared to 34 percent from Brazil. Now, Brazil supplies 57 percent of Chinese imports compared to 31 from the United States, according to China’s General Administration of Customs.
Protein levels have fallen as biotechnology and other breeding advances have pushed yield per acre to record highs, which dilutes protein content.
Over the long term, however, falling protein levels could have dire consequences for the U.S. industry as a whole – especially in China, which buys two-thirds of all soybeans traded in the world market to feed its vast livestock operations. “China needs soybeans, and we’re at risk of becoming a residual supplier if we don’t work on protein improvements,” said North Dakota farmer Jared Hagert, a director and past chairman of the United Soybean Board (USB), an industry association.
HIGHER YIELDS, LOWER PROTEIN
The USB and other industry advocates are starting to take the protein problem seriously. The industry group will spend $5.6 million in fiscal year 2018 on research and other efforts to boost protein, up from $3.7 million last year.
They face a tough task. Like many farmers, the agribusiness giants that develop seed technology, such as Monsanto Co and DowDuPont Inc, have little incentive to focus on raising protein levels.
Seed developers have had great success boosting yields through traditional breeding methods and genetic engineering to make crops use less water, tolerate weed killers and grow better in colder or drier climates. But they have yet to crack the genetic code that would raise protein content without hurting yield, seed breeders said.
The protein decline coincides with a rise of cheaper and more abundant alternative feeds available to livestock and poultry producers. They include distillers grains, a byproduct of the ethanol production process, and synthetic amino acids that are mixed with corn to mimic soymeal.
Jeff Knott, a swine nutrition consultant and owner of Minnesota-based Ideal Animal Nutrition, creates recipes with such alternatives for hog feed used by producers in several Midwest states.
“Compared to 20 years ago, we’re probably feeding 70 percent less soybean meal than we used to,” he said. “And it’s all economically driven.”
LOWER PROTEIN, LOWER EXPORTS
Brazilian soybean producers use the same genetically modified seeds as their U.S. counterparts, and have also seen a reduction in protein content.
But Brazilian growers retain an crucial edge in protein thanks to warmer weather and longer days. The nation’s soybeans contain 37 percent protein on average, according to data from Embrapa, the government’s agriculture research agency.
That compares to 34.1 percent for U.S. crops in 2017 – a record low, according to the U.S. Soybean Export Council.
Since overtaking the United States as the world’s top soybean exporter in 2013, Brazil has boosted production by about 40 percent.
Expanded port capacity in northern Brazil and lower freight costs have widened the country’s advantage in China, said a Brazilian trader with a large exporting company.
SCRAMBLING FOR SOLUTIONS
The United Soybean Board has launched a pilot project at a small number of processors and grain elevators – facilities that store and load grain for shipping – to record and analyze the protein content of soybeans delivered by local farmers.
The effort aims to provide highly localized data in the hope that farmers will select seed varieties that produce higher-protein crops and that soybean buyers will pay them a premium. Another study – conducted by the University of Wisconsin and paid for by the Illinois Soybean Association and the U.S. Soybean Export Council – suggests that farmers can better compete with synthetic alternatives by planting beans with a specific amino acid balance.
Source: Reuters