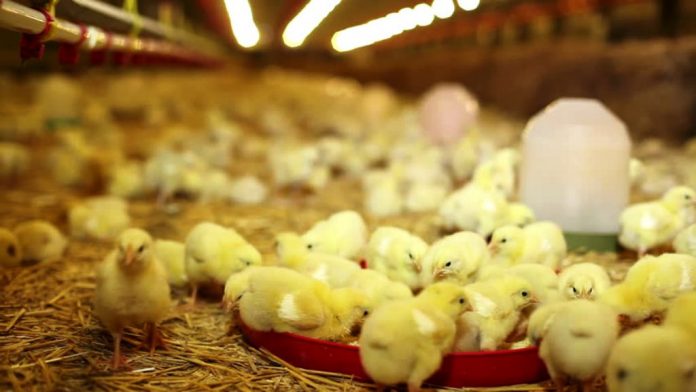 Live birds, egg prices rebound from lows
After facing the double whammy of Covid pandemic and bird flu over the past one year, the poultry sector is eyeing a recovery on rising prices fuelled by pick-up in demand and shortage of birds in the market. Industry players such as Godrej Agrovet and Suguna expect prices to rule firm for next few months on shortage of both live birds and broiler chicks.
“Demand has definitely picked up, but it is still around 75-80 per cent of the pre-Covid levels. The segments which consume in large quantities such as marriages, parties, hotels and restaurants are yet to come back to normal levels. My sense is that the demand will come back only when adequate vaccination takes place,” said Balram Singh Yadav, Managing Director of Godrej Agrovet Ltd.
Prices rise
Yadav said poultry prices, which have skyrocketed in the past few days will remain high for next few months as well.
Farm-gate prices of live birds are hovering between ₹85 and ₹100 per kg across various parts of the country, against a low of ₹45-50 about a month ago. Also, the prices of broiler chicks are ruling high at around ₹45-48 as placement has picked up amidst a shortage.
“Consumption levels are coming back to normal,” said B Soundararajan, Managing Director, Suguna Holdings, a large poultry player. He attributed the shortage of live birds to the drop in placements by farmers during the early part of the year, when fears of bird flu had surfaced across many States. Also, the prevailing shortage of chicks is due to the impact of sharp decline in breeder bird placements during February-April last year, when the spread of Covid had impacted the poultry sector badly. “The shortage will get moderated in the next few months,” he said.
“The bird flu scare is receding now as temperatures are on the rise,” said Ramesh Khatri, President of the Poultry Federation of India.
“The demand is returning and prices could go up further as there is a huge shortage in the market as many players have suffered huge losses. The shortage is across many regions but felt more in North India,” Khatri said.
During the pandemic, poultry consumption took a major beating in northern and western parts of the country, where the off-take dropped by 30-40 per cent, while eastern and southern regions witnessed a decline of 10-15 per cent.
Retail prices have increased in tandem with the farm-gate prices. There is a sharp increase in the chicken prices in Hyderabad. The price, which fell to ₹130/kg a month ago, has inched up to ₹215 now.
“Several small players had closed down their businesses as they suffered up to 40-50 per cent loss due to the bird flu fears. There has been a drop in production as many farms have cut down on the numbers,” Suresh Chitturi, Vice-Chairman and Managing Director of Srinivasa Hatcheries, said. The prices of eggs, however, are still ruling low. At the farm-gate, the egg is quoted at ₹3.50 a piece, while the retailers are selling at ₹5.
Branded poultry
Normally, the poultry sector sees improved prices during April-May every year. However, this year, the price improvement has come in early during late February and March, said Soundararajan.
The Covid and bird flu scare are seen pushing consumers towards the branded poultry segment. “This year, the branded chicken segment, both value added and processed, will grow by about 20 per cent, even though the industry has shrunk by 5-7 per cent as consumers are seen shifting towards the brands,” Yadav said.
Chairman of the Chhattisgarh-based IB Group, Bahadur Ali, said the industry has come out of the bird flu epidemic with prices of live poultry birds rising to about ₹80-95 per kg. As the prices of birds have increased, so have the prices of poultry feed derived from soyabean and corn.
“The cost of feed is higher by about 5-7 per cent compared with the third quarter,” Yadav said.
Source:HinduBusinessLine