The global price of Biotin has remained stable over the last 5 months, coming down from a peak in March 2020. A recent intellectual property settlement between DSM and Anhui Tiger Vitamin could put an end to this market stability.

China’s Supreme People’s Court has sided with DSM in a patent case against the Chinese vitamin maker Anhui Tiger Vitamin, a subsidiary of the food and drug ingredient company BBCA Group. The case involved the patent for a critical step in the efficient synthesis of Biotin. Anhui Tiger Vitamin was ordered to stop all use of the process and pay damages to DSM. The company will likely need to switch to more inefficient alternatives for production.

Tryptophan prices have increased 66% globally in the last two months. Other amino acids have increased in a similar fashion. In addition to global issues in freight and rising commodity prices, a recent announcement from the Inner Mongolia Region of China may place further upward pressure on amino acid prices. 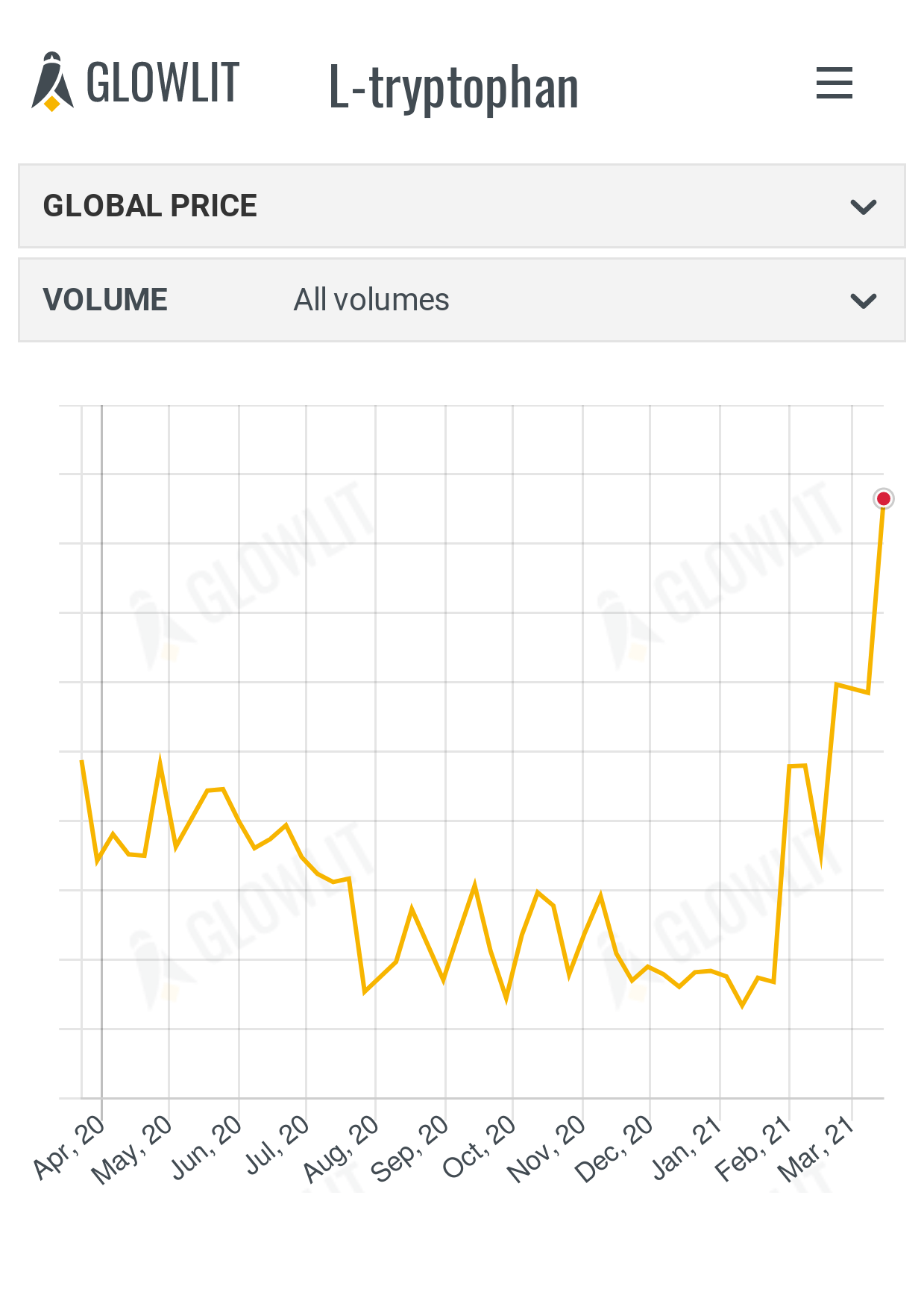 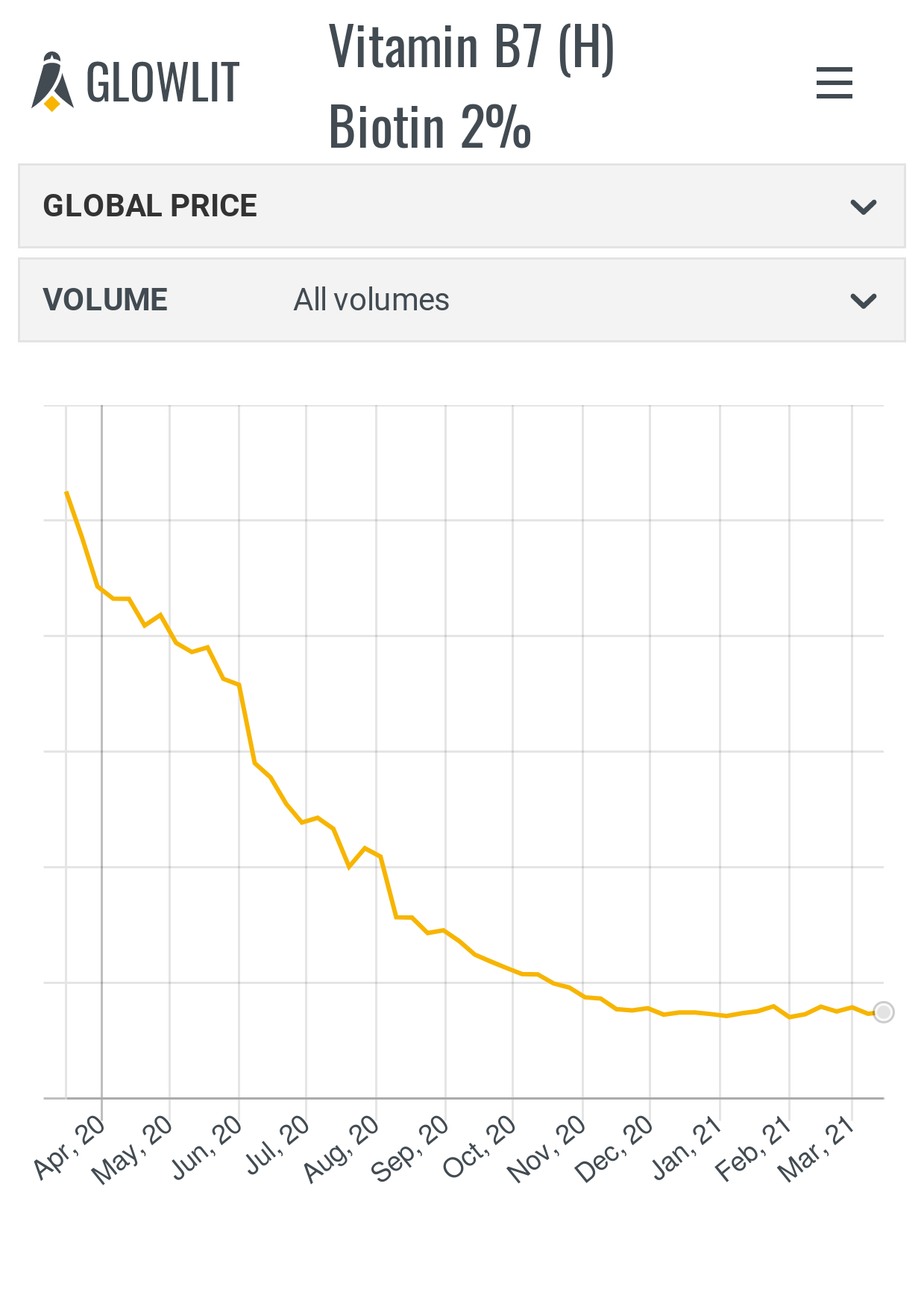 On March 9th authorities announced several measures to improve energy consumption as part of a five year plan for the region, targeting thermal power plants among other industries. Almost all companies making amino acids through a fermentation process use thermal power. Some amino acid producers in Inner Mongolia were notified in advance and are already starting to improve their processes to adapt to new regulations. As a result, production facilities will face increased costs and will be able to supply less volume. Reports indicate that other provinces and municipalities may follow. This comes as demand for amino acids is called into question amidst the resurgence of African Swine Fever in China and other parts of the world. Traders and final customers of amino acids seem to be taking a wait and see approach to understand whether prices will eventually stabilize.