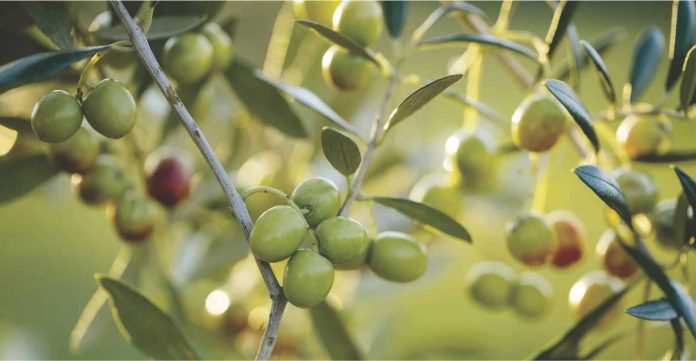 The use of agro-industrial by-products in animal nutrition has been successfully assumed as a key strategy to reduce feeding costs and to cope with the need to recycle waste material, which is costly to dispose of.
Moreover, recent interest is being generated in bioactive compounds (polyphenols, flavonoid, oleuropeoside, and simple phenolics) from olive by-products (including DOP) to enhance animal health and performance. In this regard, it has been recently suggested that olive by-products might improve the intestinal health of many livestock species. However, little information and inconsistent results are available on the effects of dried olive pulp on broiler growth responses and meat quality as well as on gut health.
The olive pulp can be used to boost the performance of slow-growing broiler, as per a recent study dried dietary dried olive pulp (DOP) on growth performance, meat traits and oxidation, and intestinal mucosa features, a total of 180 male slow-growing broiler chickens (Hubbard) were divided into 3 groups and fed 3 isonitrogenous and isoenergetic diets from 14 days of age until slaughter (49 d). The treatments varied according to 3 DOP levels: a control diet without DOP (DOP0, 0%) and 2 test diets containing 5 and 10% of DOP (DOP5 and DOP10, respectively).
The objective of the study was to evaluate an alternative feeding strategy for broiler producers by comparing the feeding value of diets containing different levels of DOP on growth performance, meat quality, and intestinal mucosa features.
The trial was conducted at the Experimental Poultry Research Center of the University of Bari “Aldo Moro”, Valenzano, Bari, Italy. Authors adhere that procedures imposed on the animals were carried out according to the Directive of the European Parliament and of the Council o on the protection of animals used for scientific purposes. Authors also adhere to the EU regulations on feed legislation.
As per conclusion, based on findings, DOP in diets up to 10% supported the productive traits of slow-growing broilers preserving meat from oxidation and improving intestinal mucosa features. As a result, the current study assessed that olive by-products can be successfully used in broiler rations, resulting in a valuable ingredient as a partial replacement for conventional feeds, which could further reduce feeding costs because of the lower cost of the olive by-product. Thus, the use of olive by-products as poultry feed may become economically feasible for producers where the olive oil industries play an important economic role.
Source: ScienceDirect