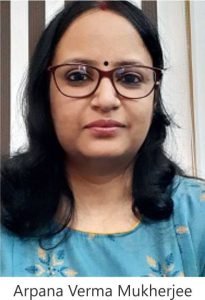 Summary of the problem
Heat stress is one of the biggest challenges the poultry industry is faced with in the tropical and even subtropical areas to get the advantages of the genetic advancements made in the recent past. While developing the modern breeds the selection pressure has been put on body weight and feed conversion efficiency and towards maximizing the yields of breast meat. While doing so the modern broiler and layer breeds have become extremely active from the metabolic point of view and this has decreased their thermal tolerance. The indirect impact of heat stress on the productivity of birds is quite discernible and the overall impact on the economics of farm operation is truly substantial. Hence, researchers engaged in poultry welfare, management and nutrition are constantly engaged in developing strategies to ameliorate the impacts of heat stress in chickens. Survivability and productivity of birds exposed to heat stress depend on the physiological integration of many organs and coordination between the neuroendocrine, gastrointestinal and immune systems is required which elicits the physiological, molecular, neuroendocrine and behavioural responses to cope up with the heat stress. Recent advancements and the application of molecular biology methodologies have allowed for a faster understanding of how birds do respond upon exposure to heat stress, and this has allowed researchers to develop more accurate techniques to mitigate the negative effects of heat stress with greater efficiency.
Ever increasing environmental temperature: a threat to the poultry industry 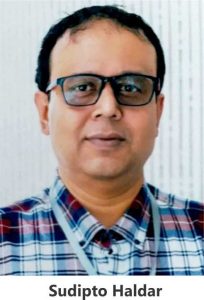 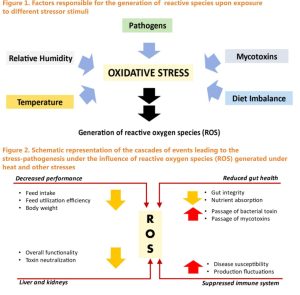 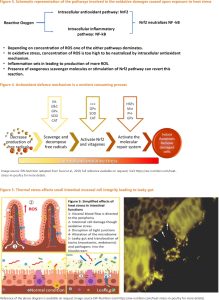 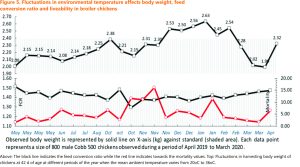 Management of stress by internal defence systems
In chickens, a defence system is engaged to protect the body from the harmful effects of heat stress. HSP70 and HSP90 are members of the heat shock protein (HSP) family, which is the most conserved and well-studied genes, and their expression is altered by several substances or stressors (Xieet al., 2014). These two proteins are well-known elements of the body’s stress-resistance system. HSP70 protects the organism from the harmful consequences of oxidative stress (Favatieret al., 1997), whereas HSP90 interacts with client proteins during the last stages of folding and alters their shape (Wegele et al., 2004). Heat preconditioning is linked to the expression of these genes and an up regulation of these molecules enhances cell stability and develops thermotolerance during heat-stress conditions. Over-expression of certain HSPs is responsible for precipitating irreversible damages in the mucosal lining of small intestine leading to poor absorption of nutrients and decreased body weight. Exposure to high temperatures causes several defects in the intestinal epithelium, including damage to villus length and tip integrity, and increased cell shedding, which is thought to reduce epithelial barrier functions and increase vulnerability to bacterial translocation. There is a growing trend of the therapeutic targeting of HSPs via nutritional and pharmacological agents towards alleviating heat stress in commercial chicken. This is intriguing since generally it is postulated that an upregulated expression of the HSP genes should make the birds toned to combat heat stress. However, it is also true that an early up regulated expression to a milder extent followed by a down regulation of the same may be an effective strategy to reduce long standing damages caused by heat stress. Some plant-derived and pharmacological compounds with biological activities lead to the peak induction of HSPs at the time of stress with sustained induction for the first few days post-insult, leading to rapid cyto-protection, while other compounds attenuate the heat-stress-induced over expression of HSPs through their biological (antioxidant and anti-inflammatory)properties.
Molecular biology approaches for mitigation and management of heat stress
The poultry industry is continuously working on a variety of approaches for sustaining the thermal tolerance of chickens and reducing the harmful effects of heat stress. Recent technical advancements and the strategic application of molecular biology methodologies have allowed for a faster understanding of these difficulties and a more efficient response to them. It is feasible to gain profound insights into the control of food intake in heat-stressed chickens by analysing the gene expression of macronutrient transporters. The roles of vitamins and minerals in alleviating heat stress may be assessed for a better understanding of this issue. A better understanding of how different molecules and their interactions play role infighting stress in birds could be useful for the development of new approaches to improving poultry welfare and production by making birds less susceptible to damage caused by heat stress.
Conclusions
To improve livestock production, heat stress is one of the biggest challenges the poultry industry is faced with. Although reduced feed intake and body weight have been the key indicators of heat stress, comprehensive insights into the problem can be gained by examining the gene expression of macronutrient transporters, gastrointestinal health, and immune genes. Overall, heat stress has a significant impact that may be measured using the essential genes chosen as markers. Recent technology advancements and the strategic application of molecular biology technologies may enable us to quickly comprehend these difficulties and respond to them more effectively.

Efficient use of Alternative Raw Materials for Improving Poultry Production