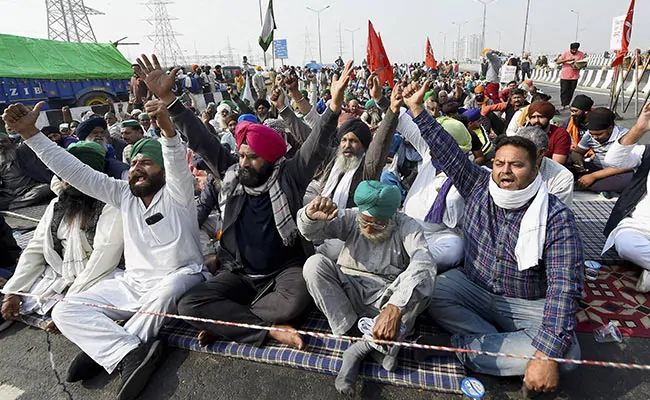 Shetkari Sanghatana, the farmer’s union started by the late Sharad Joshi, recently launched an indefinite agitation outside the office of the Securities and Exchange Board of India (SEBI) in Mumbai.

Anil Ghanwat, president of the Swatantra Bharat Party, the political wing of the union, has said the protest was against the continued suspension of derivates trading in seven agri commodities.

What is the background of the SEBI ban?

Of the seven commodities, chana and mustard seed were already banned at the time. The trading was initially suspended for a year, but in December 2022, the ban was extended for another year, i.e., until December 20, 2023.

The ban on the launch of futures contracts was intended to stop speculative trade in these commodities. The central government was worried about food inflation, and the ban was part of the efforts made to control it.

How does the derivatives trade in commodities work?

In a futures contract, a supplier pledges to sell a certain quantity at a fixed price at a future date. Also, farmers can put fixed amounts of their produce, which fits the quality standards of the exchange, to be sold at a fixed price — almost like price insurance. Both contracts can be exited by either the producer or the trader by paying a margin price to the exchange.

Why are farmers protesting against the ban?

The futures trends provided by the exchange are an important indicator for farmers. Physical markets or mandis often follow the trend, and farmers base their offloading plans on it. More than individual farmers, the Farmers Producer Companies (FPCs) trade on the exchanges.

The Shetkari Sanghatana has always been against government intervention in agri markets. According to Ghanwant and other members of the union, the SEBI’s action is anti-farmer, and has been taken at the behest of a few traders who want to control the markets. Given the exchanges work on technology and allow for the participation of traders from across the country, price discovery is better than in physical markets, they say.

The union has said that the ban on the futures trade has taken away the only price indicator they had. Ghanwat and others have claimed that ever since the ban kicked in, price discovery and realisation in the markets has been low. Trade bodies including the Solvent and Extractors Association (SEA), a body of manufacturers and importers of edible oil, too have protested against the ban.