Although the range of “sustainable” alternatives to fishmeal and fish oil is increasing, these are only “partial solutions”, said Anton Immink, aquaculture director of the Sustainable Fisheries Partnership.
Alternative feed sources are being developed, such as materials from methane or from insects. Also, usage of genetically modified vegetable oils with omega-3s is another alternative.
The aquaculture sector is also becoming ever more efficient in the way it uses feed materials, he said.In addition, the development of fishmeal and fish oil from by-products is increasing and is perhaps in excess of 33% of the market in the UK, he said.
But, these “do not solve the problem, they are only partial solutions”. The demand for fishmeal and oil keeps growing, and they make excellent feed ingredients “which will outperform their rivals”, he said.
“Aquaculture needs fishmeal and fish oil,” said Immink. He advocated for more fisheries to get into fishery improvement partnerships (FIPs), to move toward sustainable certification, which is increasingly being demanded by the market.
Around 50% of the world’s fishmeal comes from fisheries in the Atlantic and the Pacific, which are mainly single species.“These single-species fisheries are generally well managed,” he said. Many Atlantic fisheries are already approved under IFFO RS, the marine ingredients organisation’s standard. 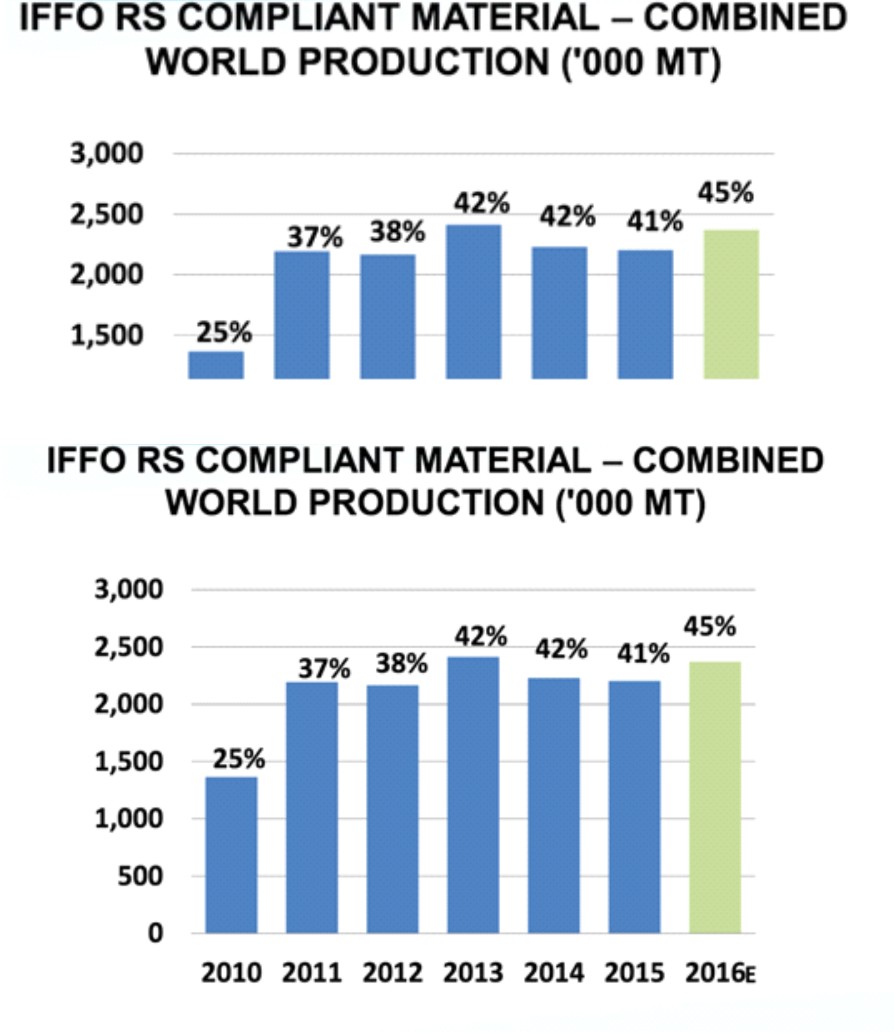 The presence of the Marine Stewardship Council (MSC) is growing, he said. “Blue whiting is now MSC-certified; Icelandic capelin and others are in full MSC assessment.”
In South East Asia, which makes up the other half, the fisheries are mainly mixed species, which are much harder to certify to current standards. “There are unlikely to be any certified reduction fisheries in Asia any time soon,” he said.
FIPs are the best short-term option, said Immink. “If you want to be able to buy Asian fishmeal, you need to support FIPs.”
However, the quantity of “responsibly sourced” fishmeal and fish oil being made from by-products is on the increase, said an executive with IFFO, the marine ingredients organization.
According to IFFO’s Neil Auchterlonie, the level of IFFO RS, or responsibly sourced, fishmeal and oil coming from by-products is estimated to be 36.4% of the total in 2016. This would be up from 27.9% in 2015 and nothing as recently as 2010.
Also, the overall quantity of IFFO RS certified fishmeal and oil has plateaued in quantity, however, he said.
Source: Undercurrent news