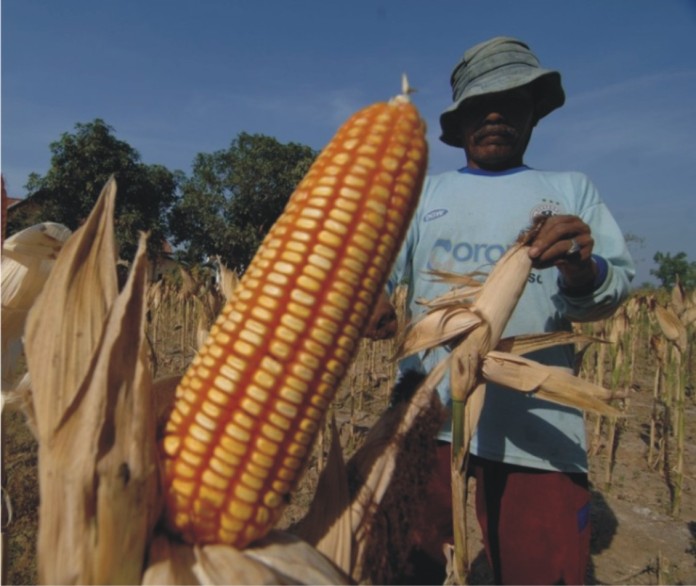 The Agricultural Ministry has inked a memorandum of understanding (MoU) with the Indonesian Feed Millers Association (GPMT) to absorb 8.62 million tons of local corn at a competitive price for the next 12 months.
According to the MoU, 41 private feed mills will buy the corn at the government’s fixed price of Rp 3,150 per kilogram. Every month, they will have to absorb 718,000 tons of local corn.
If millers will not buy it at the administered price, they will be expelled from the list, said Amran Sulaiman, the Agricultural Minister.
The cooperation will be implemented in 29 administered provinces, in which each province will have one big company as the coordinator. Giant feed producers Charoen Pokphand and Japfa Comfeed Indonesia are the main coordinators in many regions.
GPMT secretary general Desianto Budi said the association was ready to support the program, especially while the government was halting corn imports, forcing them to rely on local corn for the production of animal feed.
“The association sets the production target of animal feed at 16.5 million tons for this year, of which 95 percent is poultry feed. Corn makes 55 percent of the ingredients for poultry feed,” he said.