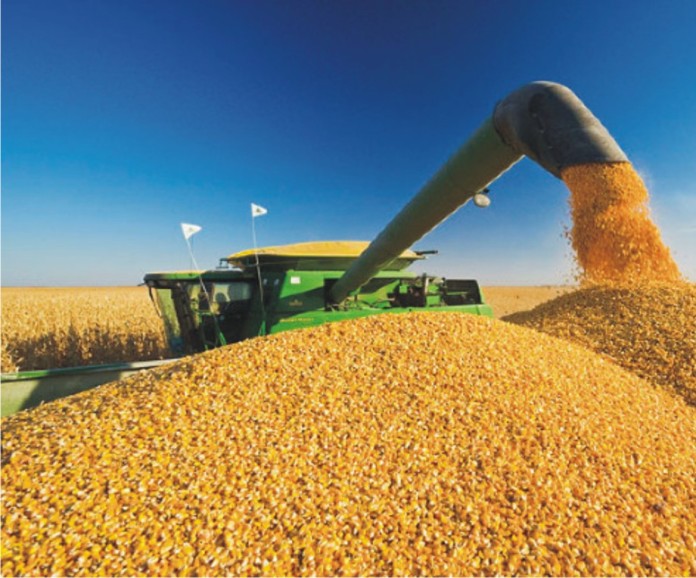 Economists and experts warn that Việt Nam should restructure its farming industry, making it less rice-oriented and focusing more on producing breeding materials in order to reduce its over-dependence to imported animal feed.
The Vietnam Economics News quoted some industry insiders as saying that the shift from rice to corn might help ensure sustainable development of local animal feed production
The head of the Ministry of Agriculture and Rural Development’s Plantation Department, Ma Quang Trung, said Việt Nam recorded a rice surplus of approximately seven million tonnes each year, but needed to import a large quantity of corn for animal feed due to its failure to meet domestic demand. Currently, the price of Vietnamese corn is higher than that of imported corn. Thus, the most important tasks involve effectively converting rice farming to corn while reducing the cost of corn, Trung said.
According to the latest ministry statistics, Việt Nam imported roughly US$2.1 billion worth of animal feed and raw materials, including corn and soybean, over the past eight months, down 6.2 per cent from the same period a year ago.
Most of the animal feed and raw materials were imported from Argentina, the US and China, according to the data.
To deal with the issue, the chairman of Việt Nam Animal Feed Association Lê Bá Lịch has called for State financial assistance to help farmers convert from rice to corn crops, as well as help in technical aspects of cultivation.
He also emphasized the importance of developing a sufficient irrigation system to raise domestic corn productivity, which stood at only only 4-5 tonnes per hectare, much lower than 9-10 tonnes in other countries.
The State should also incentivise enterprises investment in animal feed production, he added.
The ministry has set a goal of turning 668,000 hectares of rice-growing land into corn-growing land in northern mountainous provinces within five years.
Earlier this year, the Government decided to provide farmers shifting from rice growing to corn with up to VNĐ3 million per hectare to buy seeds.