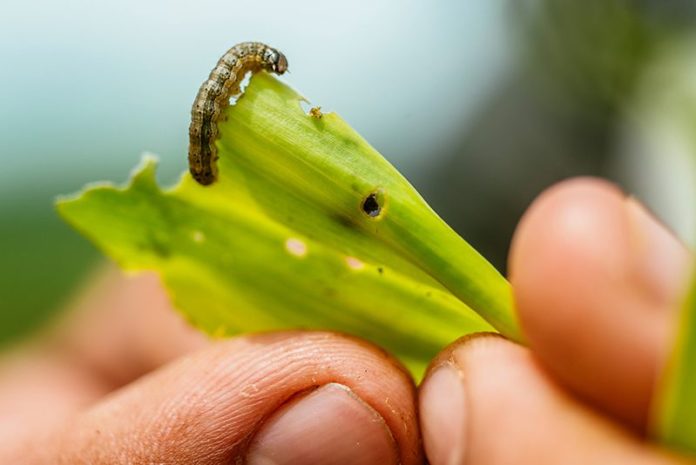 China has found the fall armyworm in the major corn-producing province of Shandong in the north, although it has not yet damaged any crops there, the government-backed Beijing News reported on Monday.
That marks the 19th province the destructive pest has spread to since it was first detected in the southwestern province of Yunnan in early January, stoking fears over grain output in the world’s No.2 economy.
Beijing News cited Wang Zhenying, a researcher at the Institute of Plant Protection at the Chinese Academy of Agricultural Sciences, a government think-tank, as the source of its information.
Wang has also said previously that the pest is likely to spread in July to the nation’s northeastern cornbelt. That area includes China’s top two corn-growing provinces of Heilongjiang and Jilin.
Fall armyworm feasts in large numbers on the leaves and stems of many plant species, and can infest and damage hundreds of hectares of corn overnight.
Beijing has recommended 25 pesticides for emergency use and allocated at least 500 million yuan ($73.07 million) for fall armyworm prevention and control.
But not all farmers have been moving swiftly to fight the pest. “I only heard of this worm from a pesticide seller before I harvested my wheat. Then I totally forgot about it,” said a corn and wheat farmer with more than 300 mu (20 hectares) of land in Hebei province, another major corn producer located in the north of China. He declined to be identified due to the sensitivity of the matter.
Farmers in the north usually plant corn after they harvest wheat around June.
China had about 130 million hectares of arable land as of the end of 2017 and grows corn on about 42 million hectares.
Source: agriculture