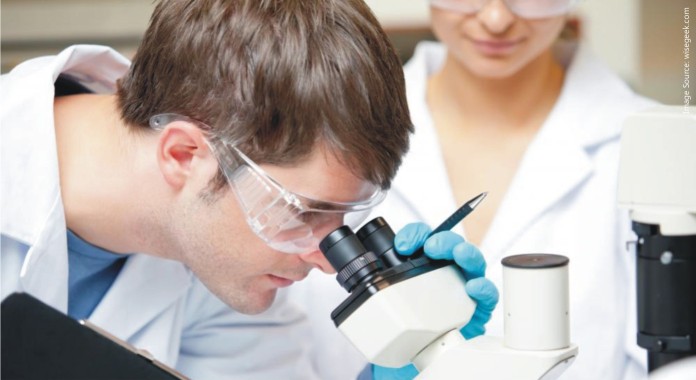 Analysis of 4027 feed and raw commodity samples from over 50 countries reveals that deoxynivalenol (DON) and fumonisins (FUM) are the most common mycotoxins found in feedstuffs, according to results of the latest BIOMIN Mycotoxin Survey.

The survey constitutes longest running and most comprehensive survey of its kind, using advanced analytic tools. It details the incidence of the main mycotoxins occurring in agricultural commodities, which include: aflatoxins (Afla), zearalenone (ZEN), deoxynivalenol (DON), T-2 toxin (T-2), fumonisins (FUM) and ochratoxin A (OTA). The survey focuses on components that are used for feed such as corn, wheat, barley, rice, soybean meal, corn gluten meal, dried distillers grains (DDGS) and silage, among others.
Top threats
Overall, deoxynivalenol and fumonisins were detected in 73% and 64% of all samples at average levels of 886 ppb and 1,819 ppb, respectively. Out of all samples, 53% are contaminated by ZEN, whereas Afla, T-2 and OTA are present in less than 25% of samples (25%, 18% and 12% respectively) (Figure 1). 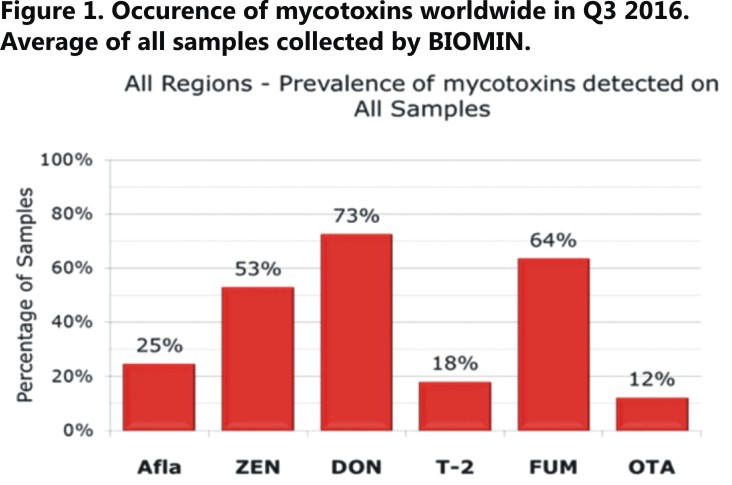 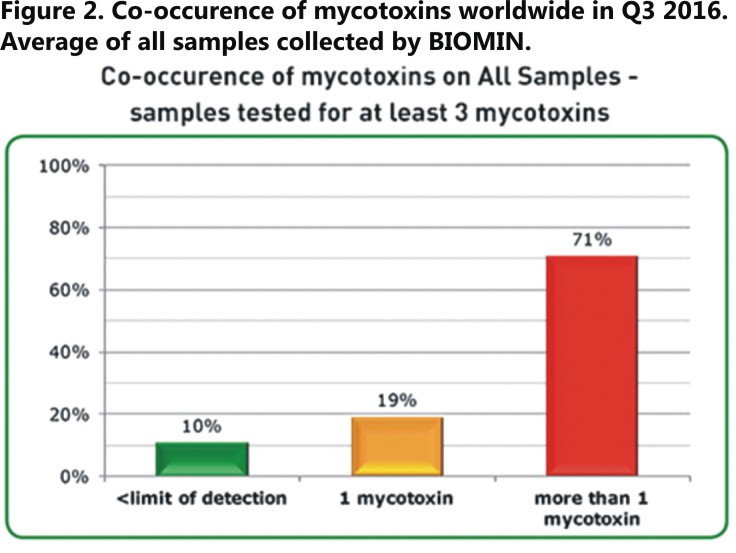