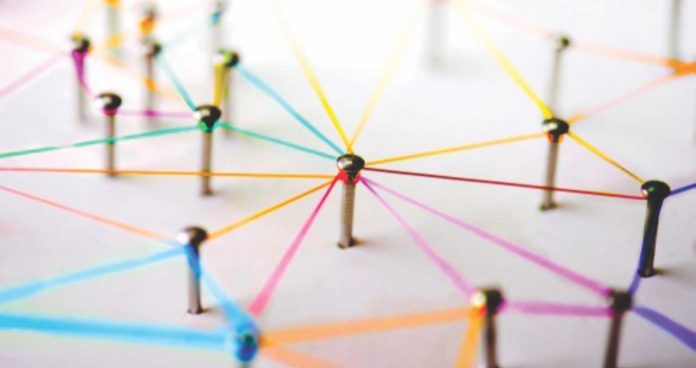 Would you please share more about the markets you are representing for Novus International? 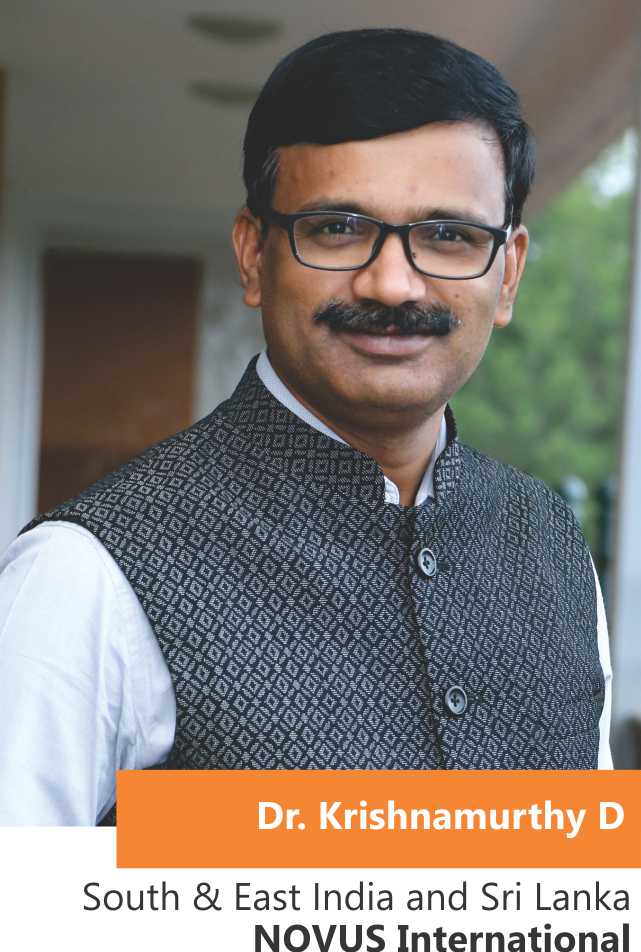 Dr. Krishnamurthy – Have been in the poultry industry for 2 decades and currently representing Novus International in the poultry markets of South & East India and Sri Lanka. Speaking with respect to India, Indian Poultry sector is valued at around INR 1.3 Lakh crores and South & East makes up more than 60% of the sector. Broiler Industry is more consolidated with more than 80% integration and this region houses the top broiler integrators of the country. With respect to layer industry, with AP being the topmost State, South & East contributes more than 70% of total eggs produced in the country. Further, South has most of the parent stock, with all major players having their breeding farms located in Karnataka, Tamil Nadu and Telangana, amounting to almost 65 to 70% of countries breeder population.
Rising prices of feed raw material is the biggest concern for the feed industry, what would be your tips to feed millers and farmers to control the production cost?
Dr. Krishnamurthy – Yes, the rising prices of major raw materials like maize & soyabean meal is the biggest concern for the poultry industry as it increases the production costs by great extent. It demands multiple approach involving various stakeholders in the production systems with a focus to improve the efficiency of production processes including the precise feed formulations utilizing the alternative & local raw materials, maintaining pellet quality, improving the feed quality & safety to protect the ingredients & to mitigate the adverse effects of harmful substances on animals through feed additives such as antioxidants, mycotoxin binders, organic acids such as protected benzoic acids etc.
The alternatives & local raw materials come into picture mainly during the raise in the prices of Maize & Soybean Meal. As we know, alternative raw materials have major downsides with respect to quality, availability, significant nutrient variations, & poor digestibility along with ANFs. Its pertinent to give more emphasis on using the high-quality & proven feed enzymes be it Protease, NSPases & Phytases which will mitigate the risks associated.
Along with the above steps at feed side, it demands a focus at farm level as well to control the production costs by improving the biosecurity measures, farm management practices & enhancing water quality to reduce disease incidences and mortality. 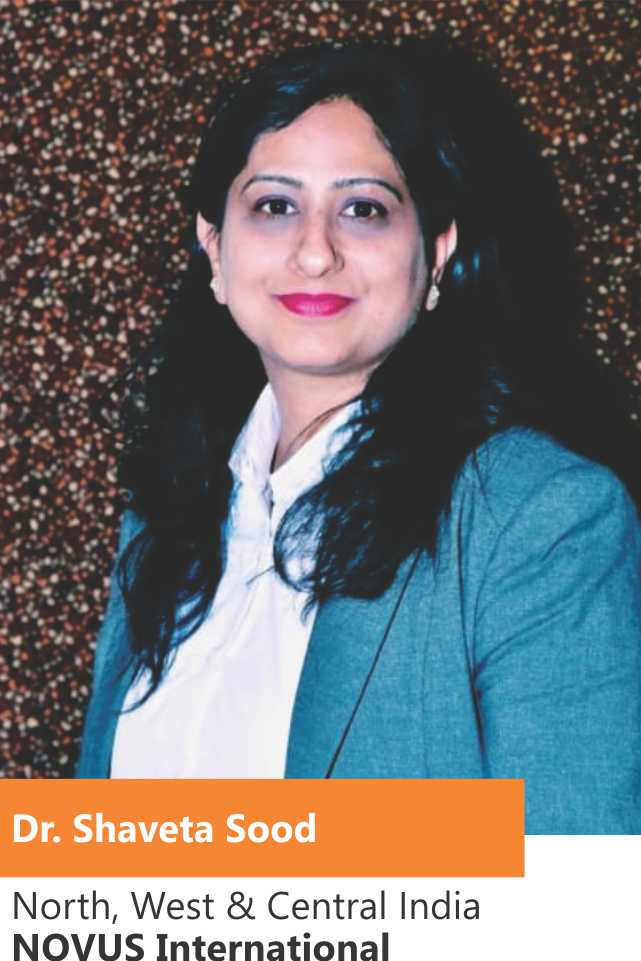 Antibiotic resistance is another challenge that the industry is facing, where the industry is heading (is it increasing or reducing)?
Dr. Krishnamurthy – When we talk about the Antibiotic Resistance or AMR, many a times we see Poultry /livestock industry being projected or blamed for spreading of AMR in humans. However, as echoed by various experts in the industry & scientific reviews, such claims are mostly based on assumptions, inaccurate estimates & methods, or extrapolating a narrow database. As stated by various industry bodies, many scientific reviews have implied that human is also a huge contributor to AMR with use of over-the counter antibiotics without prescriptions (as per CDSCO data, 48% of antibiotics are freely sold from medical stores without prescription). With increased awareness among producers & consumer preferences, with the intervention of National Action Plan on AMR & with the advent & availability of various alternatives to antibiotics (organic acids, probiotics, essential oils, phytogenics etc), it’s likely that Antibiotic Resistance challenge may come down as we move ahead.
Gut health is the foundation for performance and profitability in animal production. How does Novus product portfolio work to improve the same? 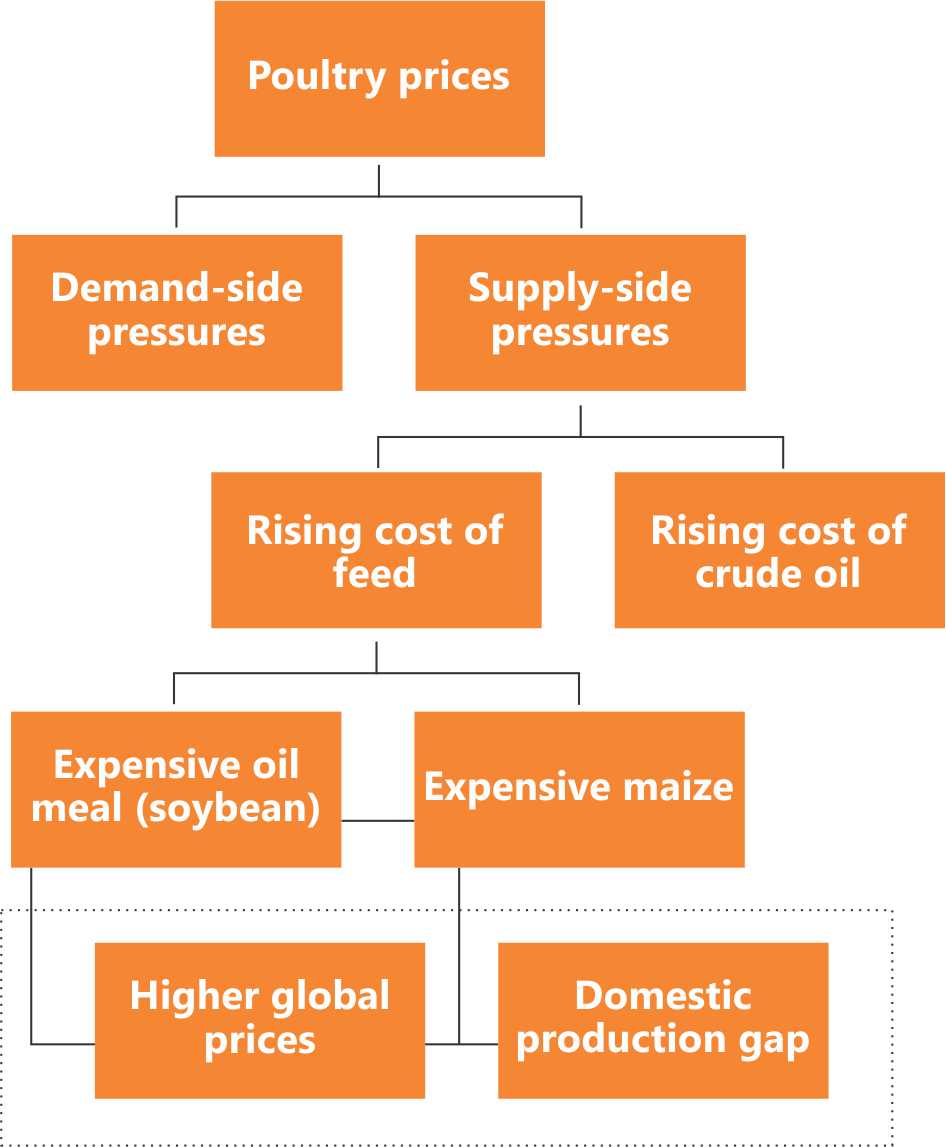