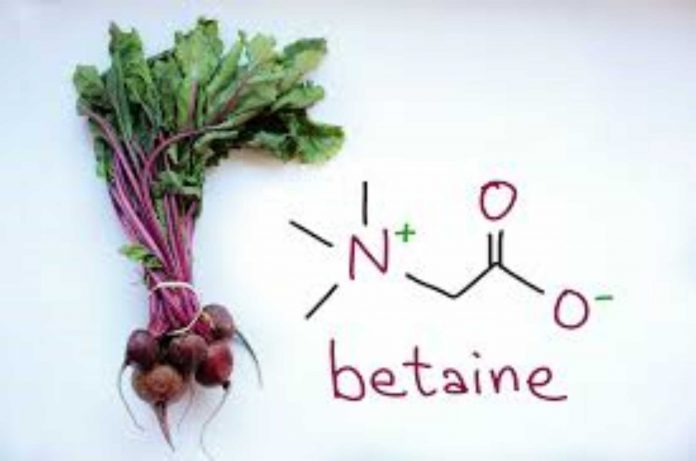 ABSTRACT
Heat stress is one of the major problems faced by the tropical countries. It interferes with the normal body functions of the birds leading to their poor growth and poor productive performance. Due to the heat stress birds do not eat in the right amount. Also, the energy of the body is used to maintain the homeostasis of the body in spite of being used for growth and production. Due to heat stress, there is increased water ingestion which results in hemodilution, thus decreasing the concentration of lipid levels, pCO2, and HCO3 as well as electrolytes in blood. Prolonged heat stress reduces the visceral supply to the intestines and causes damage to epithelial cells in the gut, thereby affecting feed digestion and absorption which also makes the birds prone to other intestinal infections. Because of all these reasons the heat stress is a major problem to the poultry industry and if not taken seriously it can cause a huge economic loss. In the recent years the use of betaine in alleviating the heat stress in birds has gained a major attention. Due to its methyl group donating property and osmoregulatory functions it can play a significant role in the poultry industry.
INTRODUCTION
India being a tropical country, one of the major problems is the heat stress in the summer season which becomes worse by high relative humidity. Poultry is very sensitive to heat stress as it has a high body temperature, lack of sweat glands and body is covered with feathers. High temperature increases the stress mechanism of the birds leading to adverse effect on the production and well-being of the bird.
Heat stress impairs overall production performance of the birds by decreasing feed intake and negatively affecting intestinal development, leading to reduced nutrient digestibility. Apart from inducing high mortality rate, heat stress is known to depress growth rate and reduce meat yield in broiler birds. In layers lower feed intake impairs ovarian function, leading to decreased feed efficiency, egg production and egg quality. In addition, reduced immune functions such as thyroid activity and antibody production are also evident in heat stressed birds. (Ratriyanto et al, 2018)

Fig.1. A schematic presentation of metabolites involved in the trans methylation cycle. 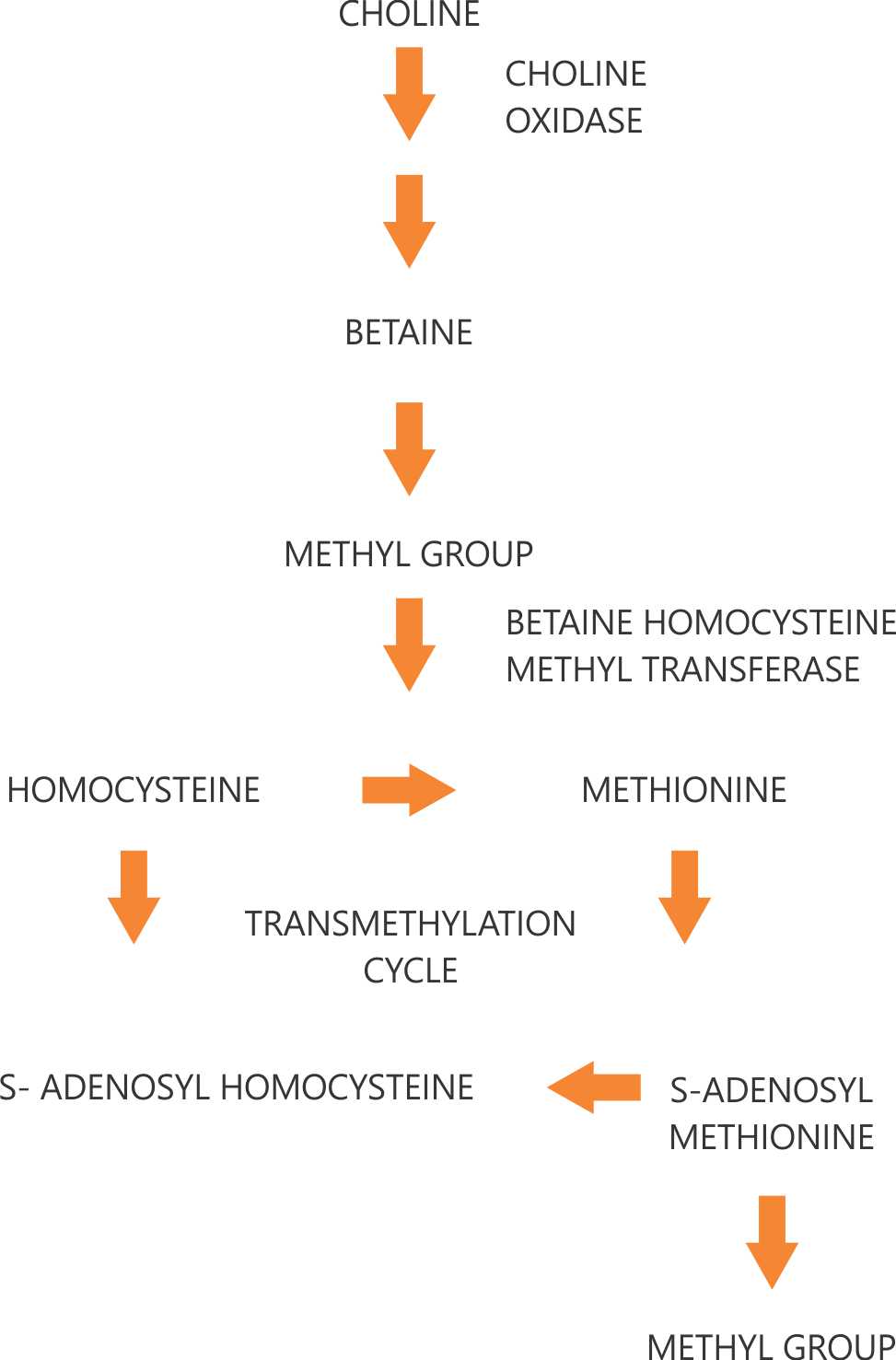 Controlling heat stress by way of good infrastructural facilities like providing an insulated house, air conditioners, more space to the birds is really very expensive. Also, the period of summer season is very long in various parts of the country, so only a cheap and efficient alternative can reduce the production cost.
Nutritional therapy is one of the cheapest ways to tackle this problem. Using feed additive having positive effects for resisting thermal stress may be a viable solution. Betaine is an example of such a feed additive. It is a multi-nutritional agent that may help the birds to resist the heat stress. It has many important functions in the health and performance of broiler chickens, especially under the conditions of heat stress because it reduces the body temperature of the birds. The chief physiological role of betaine is to function as a methyl donor and an osmolyte. Betaine supplementation in feed improves growth performance and feed intake under heat stressed condition.
MECHANISM OF ACTION OF BETAINE
Natural betaine is found in several plants and organisms and it is commonly extracted and purified from beetroot. It is a trimethyl derivative of amino acid glycine. It is a bipolar compound that has 3 hydrophobic methyl groups and a hydrophilic carboxyl group.
Betaine plays two main roles in metabolism
It donates the methyl radicals for remethylation of homocysteine to methionine in chicken and to formulate useful compounds such as carnitine, creatine and phosphatidyl choline through the S-adenosyl methionine pathway.
Choline also acts as a methyl donor but only when it is oxidized to betaine in two-step conversion in the liver mitochondria.
Due to its zwitterionic characteristics it acts as an osmolyte which helps to maintain cell water metabolism without affecting cell division.
ADVANTAGES OF USING BETAINE IN POULTRY

INCLUSION OF BETAINE IN POULTRY DIET
The concentration of betaine required to supplement a broilers diet largely depends on the concentration of other labile methyl groups, environmental conditions and the health condition of the birds. Typically, betaine can be added at the rate of 0.05-0.08% in broiler diet. Benefits on coccidiosis lesion scores have been noted at 0.05% but osmolyte activity increases as dose of betaine increases. During diarrhoea, when the osmotic balance is disturbed, the effective dose to control diarrhoea ranged from 0.15-1.5 / kg body weight. Generally, the recommended concentration of betaine in the feed is 500-750 g / tonne. Utilization of betaine may be reduced at higher concentrations. (Panda et al ,2009).
According to Floroupaneri et. al 30-80% of supplemental methionine can be substituted by betaine without any negative effects on the performance of the birds.
CONCLUSION
It is very important to produce the poultry products in a cost -effective and sustainable manner. The use of betaine to combat heat stress in the poultry birds is one of the most effective and the cheapest way. The birds fed with betaine have improved production performance during the time of heat stress. Moreover, it is more rapidly absorbed than methionine and choline. The use of betaine as feed additive in poultry diet has no harmful effects. Also, there is not any kind of public health hazard unlike some other feed additives such as antibiotics which are used in the poultry diet. Still the literature about the methionine sparing effect of betaine is scarce. There is a need to broaden our knowledge regarding betaine and its importance in the poultry industry to cope up with the heat stress problem in poultry.
References are available upon request.