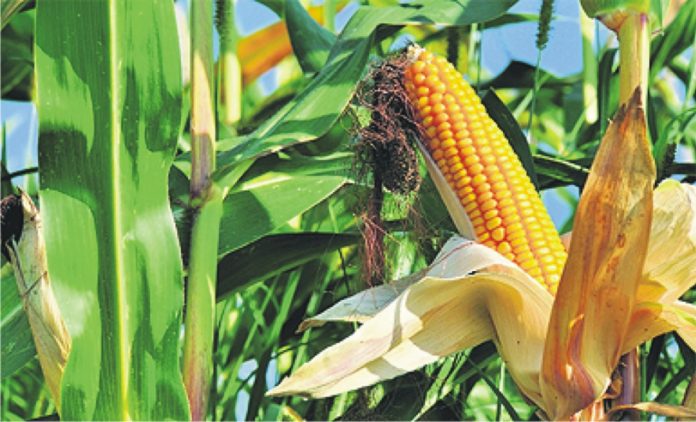 Sri Lanka will lease 2,750 acres of underutilised land to potential investors for a period of one year to produce 250,000 metric tons of maize that will be used in the production of Thriposha and other animal foods, the Government Department of Information (GDI) said.
Land from the Rambaken Oya zone that is controlled by the Sri Lanka Mahaveli Authority and do not come under any reserve will be allocated for this purpose, with the objective of encouraging local agricultural producers to locally produce maize at a large scale.
The DGI said the maize cultivated in these lands will be used in the production of Thriposha, a local cereal with high-nutrition content provisioned free of charge for pregnant women, breast-feeding mothers and infants with nutritional deficiencies. Thrioposha is also used as animal feed.
The cabinet of ministers noted that the government has taken measures to limit the import of food crops that have been designated for cultivation within the country with the objective of controlling foreign exchange influx.
Early last year Sri Lanka banned the import of maize in a move to protect the local producers. Agriculture Department Director (Development) Ajantha De Silva said early last year that the ban was imposed to protect local farmers who are benefiting from new investments in to R&D.
He said the Field Crop Research and Development Institute at Mahailuppallama has developed a new variety of hybrid maize which produces a higher yield than the normal maize variety available. Sri Lanka produces about 250,000 metric tonnes of maize and has a national requirement of 600,000MT. According to reports the poultry feed requirement is around 400,000 metric tonnes, the dairy sector consumes another 200,000 metric tonnes of maize as cattle feed.
The country was importing the balance mainly from India and Ukraine. Amid all this the country has a huge armyworm infestation issue. Sri Lanka’s maize crop has been hit by fall armyworm from around 2019 and several mitigation procedures have been followed.
Source: EconomyNext