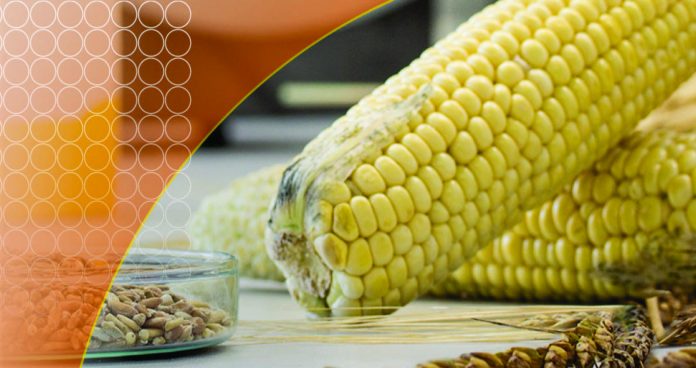 Mycotoxins are secondary metabolites of molds/fungi and may be becoming more serious a problem, due to constant change in climate and inefficient storage conditions. Mycotoxin contamination is one of prominent reasons for grain wastage in the world & it negatively impacts animal health consequently. There are about more than 400+ mycotoxins prevalent worldwide, but, only few of mycotoxins contribute significantly towards the deterioration in animal health. Aflatoxins, ochratoxins, trichothecenes, zearalenone and fumonisins are the mycotoxins of greatest agro-economic importance.
Some molds are capable of producing more than one mycotoxin and some mycotoxins are produced by more than one fungal species. Often more than one mycotoxin is found on a contaminated substrate. Mycotoxins occur more frequently in areas with a hot and humid climate, favourable for the growth of molds. 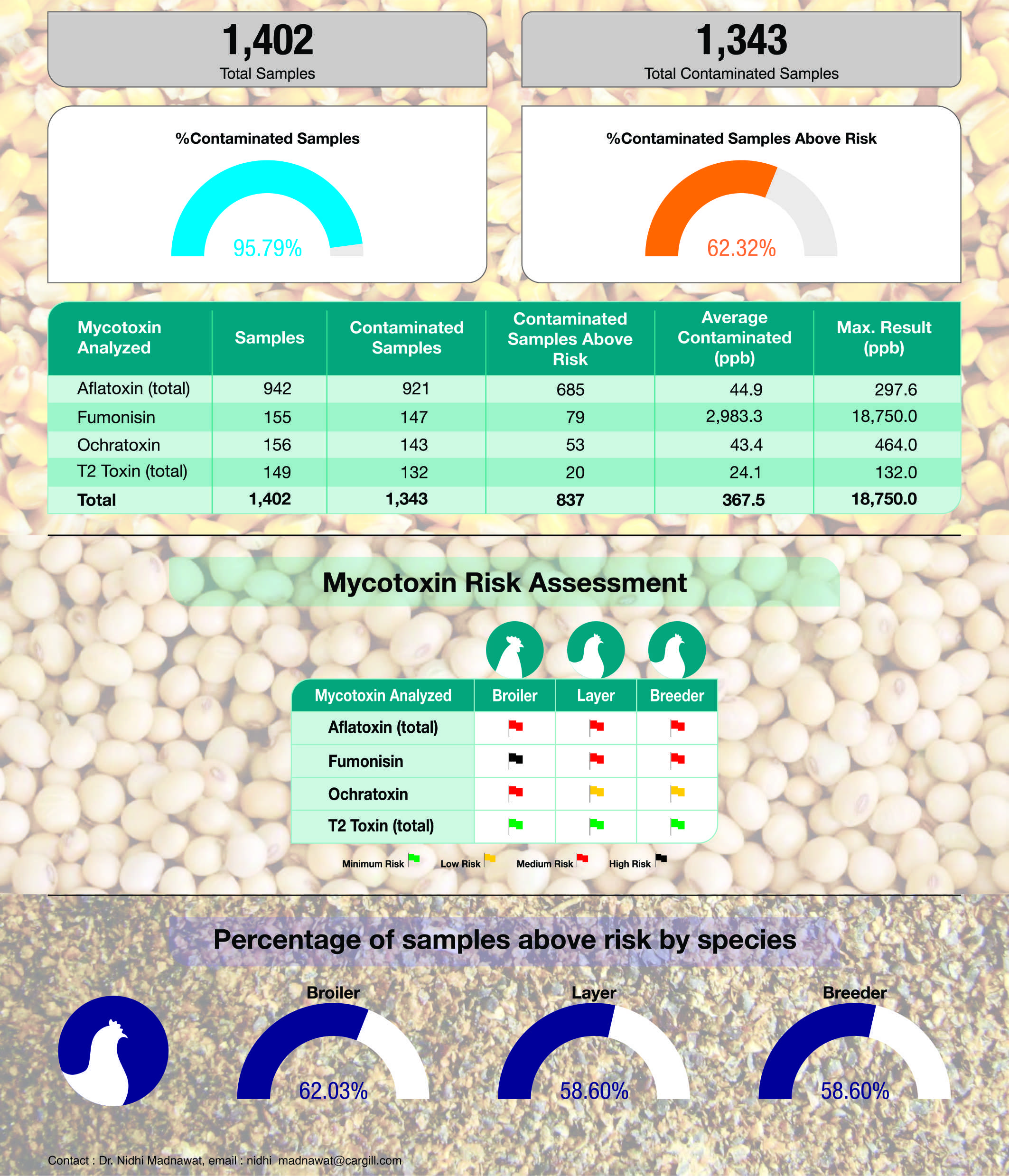 Mycotoxins have various acute and chronic effects on animals (especially monogastrics) depending on species and susceptibility of an animal within a species. The economic impact of mycotoxins includes loss of human and animal life, increased health care and veterinary care costs, reduced livestock production, disposal of contaminated foods and feeds, and investment in research and applications to reduce severity of the mycotoxin problem.
This “Cargill’s Mycotoxin Survey” captures results of 1402 samples of feed raw materials, which were analysed from May’20 to April’21 from all over India and it highlights the following points:
1. Almost 96% samples were contaminated with mycotoxins & 62% samples were above risk level.
2. Raw ingredients were highly contaminated with Aflatoxin & average contamination level was 45ppb, which is much higher than risk level of aflatoxin for poultry.
3. Fumonisin is also prevalent in India with average level of 2983 ppb.
4. Broiler, layer & breeder are at medium risk for Aflatoxin contamination
5. Broilers are at higher risk for fumonisin and layer & breeder is at medium risk due to fumonisin contamination.