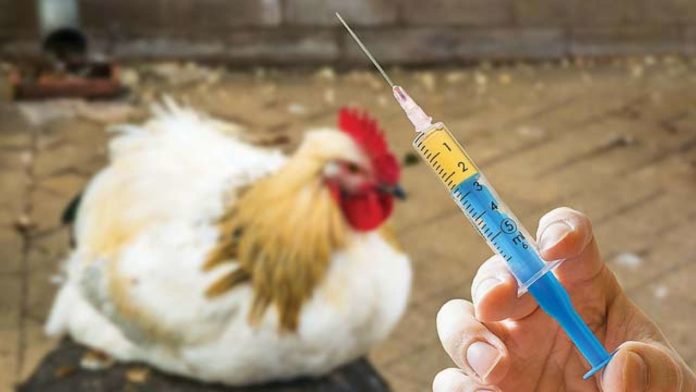 The Indian government may be nearing a ban on the use of colistin for growth promotion in food-producing animals, according to media reports.
The UK-based Bureau of Investigative Journalism and Livemint, an Indian business news website, report that India’s National Antimicrobial Resistance Action Plan committee, the country’s top drug advisory body, and government agencies that oversee agriculture and food safety have all recommended that the Indian government ban the use of the last-resort antibiotic in livestock in an effort to preserve the drug’s efficacy in humans.
An advisor to the committee told the Bureau of Investigative Journalism that the Indian government is in the processing of crafting a rule on colistin use. Meanwhile, a ban on colistin in animal feed to will go into effect shortly in Malaysia, according to Malaysian media reports.
Colistin use widespread in Indian poultry
Banning colistin from being used to promote growth in livestock would put India and Malaysia in line with the European Union, United States, China, and Brazil, which have all stopped using the antibiotic in animal agriculture in recent years. Colistin is considered a last line of defence against severe, multidrug-resistant bacterial infections in people, and health officials are concerned that using it in animals promotes the emergence of colistin-resistant pathogens, which can then spread to humans.
Those fears were fanned by the 2015 discovery of the MCR-1 gene—which confers resistance to colistin—in Escherichia coli isolated from Chinese pigs, pork products, and hospital patients. The emergence of the mobile gene, which can spread among different species of bacteria, was linked to widespread use of colistin on Chinese farms. MCR-1 and several variants have since been identified in bacteria from animals and humans in more than 30 countries.
The move comes in the wake of reporting by The Bureau of Investigative Journalism that colistin is used widely on Indian poultry farms, with at least five animal pharmaceutical companies openly advertising products containing colistin as growth promoters and selling them to farmers without requiring a prescription. The investigation also noted that other countries, including Russia, South Korea, and Vietnam, were shipped thousands of tons of veterinary colistin in 2016.
The widespread use of colistin in the Indian poultry industry could be contributing to the emergence of colisin-resistant bacteria in the country. An abstract presented at the 2018 meeting of the European Congress of Clinical Microbiology and Infectious Diseases reported that, out of 100 food samples (chicken, meat, fish, and vegetables) collected from markets, food processors, and households in India, 44 contained colistin-resistant bacteria.
Establishing and implementing a national plan to restrict the use of antibiotics in animals and agriculture, specifically those considered critical for human health, is listed as one of the strategic priorities of India’s National Action Plan on Antimicrobial Resistance, which was launched in April 2017.
Malaysia to ban colistin in feed
Meanwhile, the ban on colistin in animal feed in Malaysia will begin on Jan 1, 2019, according to the Malaysian news site The Star Online.
“This is the first step towards prohibiting the use of antibiotics considered critical for humans,” Agriculture and Agro-Based Industry Minister Datuk Salahuddin Ayub said at a press conference.
Salahuddin told reporters that the Department of Veterinary Services would be monitoring animal farms and meat-processing plants for meat found to contain colistin residue. Salahuddin also said the country will begin phasing out other medically important antibiotics used in animal feed to adhere to World Health Organization (WHO) guidelines. Citing the need to preserve the effectiveness of these drugs, the WHO in 2017 called for an overall reduction in the use of medically important antibiotics in food-animal production, recommending that they no longer be used for growth promotion and disease prevention.
Source: Center for Infectious Disease Research & Policy