A new born calf, being away from the protection of its mother’s womb, immediately faces the environmental as well as feeding challenges. Early Calf nutrition is one of the important areas of recent research work in Animal Sciences, which is now being evaluated not only for the growth parameters of the calf as per its breed standards, but also the impact of early nutrition on animal’s productivity, reproductive potential i.e. fertility and longevity for rest of its life.
The life of a dairy calf is largely dependent on the proper amount of Colostrumit consumes in first 3 days of life. Colostrum contains all the necessary nutrients, immunoglobulins and essential growth factors which are much required to protect the new born calf from external environmental challenges. Colostrum contains both nutrients (Protein, Fats, Lactose, essential fatty acids and amino acids) and also non-nutrients (Biologically active substances).Colostrum is also known to be rich in a variety of molecules. The ratio of colostrum composition to mature milk composition with respect to these molecules is relaxin (>19:1 pig), prolactin (18:1 cow), insulin (65:1Cow), IGF-1 (155:1 cow), IGF-2 (7:1 cow), and leptin (90:1 humans).
As per recent research, Colostrum has been shown to have a major effect on the development of the gastrointestinal tract for a long period, though the exact mechanism is still not known. Some studies have demonstrated differences between animals fed colostrum, rich in growth factors, versus those fed milk, with comparable energy values, though some studies are not in agreement with their findings.
Colostrum is particularly considered to be important for the passive immunization of the newborn Dairy Calf as it is a combination of various specific (immunoglobulins, Ig) and non-specific (humoral and cellular) antibacterial factors which passes to the calf and largely supports its protection against any infections during the first days after birth. Faber et al. (2005)demonstrated that the amount of colostrum provided to calves at birth significantly influences pre-pubertal growth rate and showed a significant effect on the milk yield for first and second lactation. In both lactation, animals fed 4L colostrum produced significantly more 305-d computed ME milk compared to heifers fed 2L of colostrum at birth. In the first lactation, animals in the 2 L group had 955 kg less (P <0.01) 305-d ME milk compared with those in the 4 L group. This difference escalated in second lactation more, being9907 ± 335 and 11294 ± 335 vs 8952 ± 341 and 9642 ± 341 kg at first and second lactation respectively. This clearly indicated that greater volume of Colosturm fed to the Calves at birth led to superior milking performance as an adult.
Once Calf enters in 4th day of birth, there is a switch over to either milk or Calf milk replacers (CMR). The superiority of whole milk over medium fat content Calf milk replacers is largely associated with the high amount of fat, which may be available in whole milk. Though high fat content may not promote lean tissue deposition and that modest fat content actually may result in greater growth of the lean tissue in young calves.
In the same line, whole milk feeding has positive impact on the future milk production as long-term effect of a calf which was compared with the calf raised on milk replacers, but others suggest that the long-term effect is related to nutrient intake and pre-weaning growth rates and not some milk-born factor.
Feeding medium fat Calf milk replacers have its own certain benefits such as maintaining the consistent nutrient quality of the calf milk on regular basis, minimizing the chances of disease/antibiotic  transmission from infected mother post-partum, as it contains high levels of vitamin and trace mineral more adequate for calf requirement.
Some studies suggest that in calves the effects of suckling, controlled intakes and ad-libitum feeding from birth up to 56 days of life increases the nutrient intake prior to 56 days of life from milk. It resulted in increased milk yield during first lactation ranging from 450 to 1300 kg compared to the milk yield of restricted fed calves during the same period.
Recent recommendations for early offering of good quality calf starter is also considered to be one of the important factor for higher average daily gains of young calf as well smooth weaning. Milk feeding program affects calf starter intake based on the amount being fed and the percentage of protein and fat in the milk or milk replacers. Water is an essential nutrient for the calf and its availability affects weight gain to an extent.
Proceedings 50thFlorida Dairy Production Conference, Gainesville has clearly defined as a summary approach in order to build a calf into a good performing dairy cow which is as follows:

An effective calf’s early nutrition and rearing program does not start with the birth of the new born instead it should be built when calf is in the uterus of the mother cow. Certain factors should be considered as MUST in terms of feeding the pregnant dry cow so the early nutrition starts for calf; when it is still not born. It can be viewed as follows,

While taking care of pregnant cow in the last two months of pregnancy, the care of the cow must continue even after the birth of new born cal. It is important to adopt the good management and health care practices in order to provide hygienic and aseptic environment to the new born calf. Calf needs to be fed Colosturm ad lib within one hour of birth, not later than 3 hours of birth. This is quite important as Calf takes birth without any immunity. Colostrum is the best source of passive immunity to the new born calf as there is no antibody transfer from mother to Calves through placenta. The early feeding of colostrum to calf is important as its intestine is most receptive to absorb immunoglobulins as well growth factors in early hours of its life.

Further, Calf diets should also be reviewed for its proper intake in order to grow better as well maintains breeds specific ADG (Average Daily Gains). Certain such guidelines can be viewed in context of composition and characteristics of Colostrum, whole milk and reconstituted Calf Milk Replacer.
Once Calf starts Calf Milk Replacers or Whole milk, following feeding schedule can be maintained in order to maximize its intake which may reflect in terms of ADG/day. 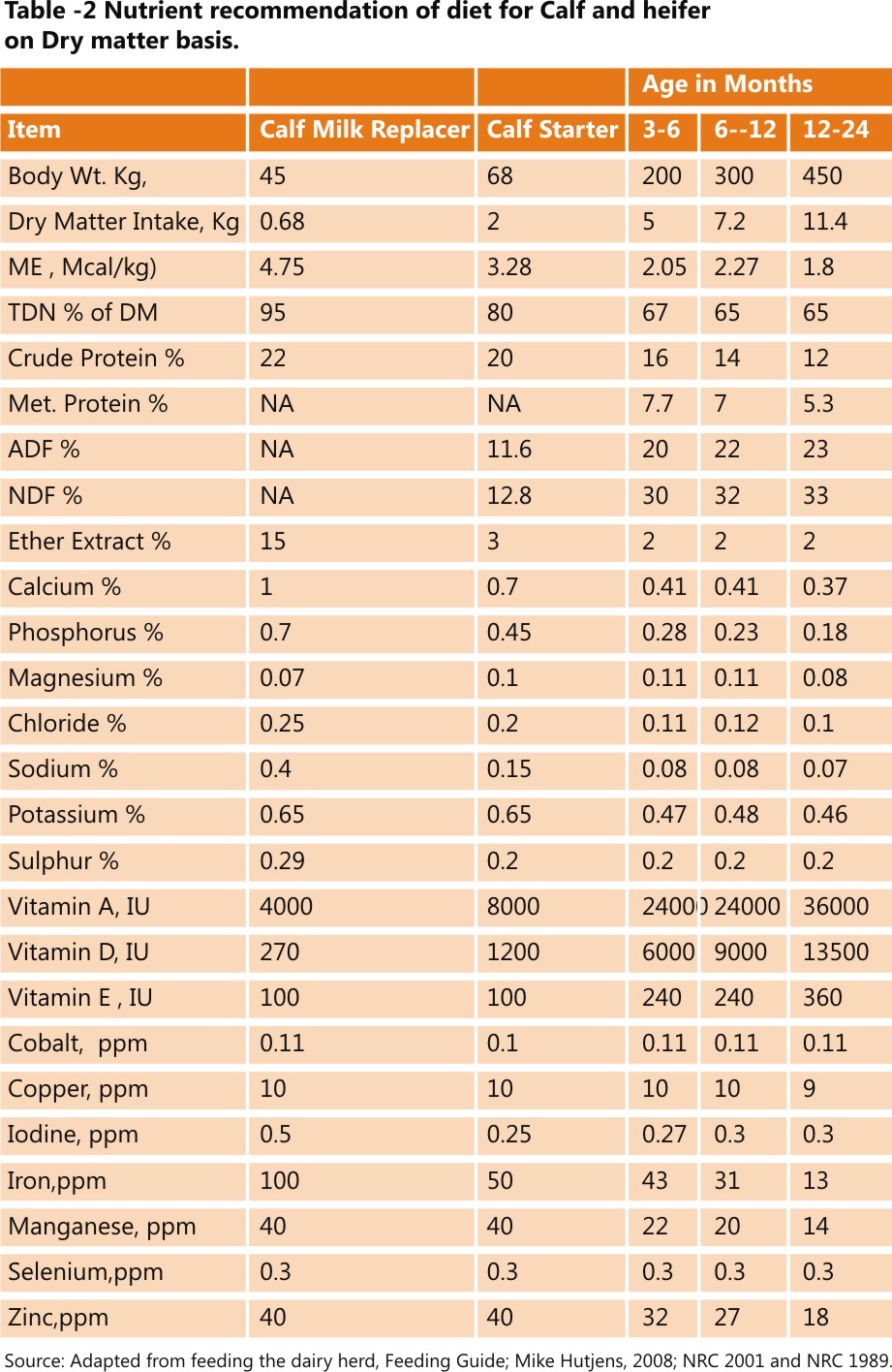 Feeding calves in their early life without restricting their feed, provokes major changes in metabolic profiles related with cell proliferation pathways, protein/energy metabolism and alterations of immune response. Furthermore, the pre-weaning nutrient supply has clear short-term developmental and metabolic implications in calves, which could potentially be carried into adulthood.
Dr Michael Steele from the University of Alberta, Canada believes research in this area marks a huge step forward for the industry. “Traditionally we have restricted feeding for calves based on a misconception that this is cost effective. However, the novel revolutionary thinking is that optimizing calf rearing and feeding in those first few weeks of life offers a huge opportunity to improve long-term cow health, welfare and performance,” he commented.
by Suyash Vardhan, Jeanne Boekhorst and Erik Rensink