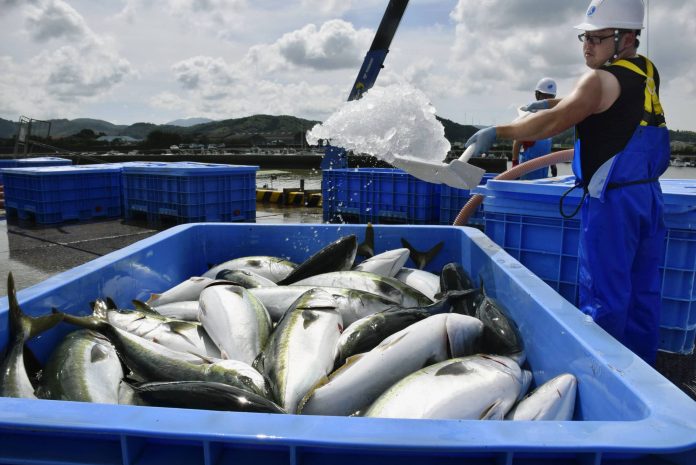 Speaking at the World Fisheries Day celebration, Rupala said states need to be inspired by each other and explore options to grow in marine sector.

BHUBANESWAR: India is aiming to achieve Rs 1 lakh crore worth of exports from fisheries sector by 2024-25, said Union Minister for Fisheries, Animal Husbandry and Dairying Parshottam Rupala here on Sunday.

Speaking at the World Fisheries Day celebration, Rupala said states need to be inspired by each other and explore options to grow in marine sector. “There is a need to come up with environment friendly fishing and look for sustaining the sector while continuing consumption,” he said.

Rupala called for greater awareness on Kisan credit card (KCC). “The Ministry has already extended support of KCC to fishermen and women. The government will soon start a massive campaign to intensify awareness on KCC,” he said.

Union Minister of State for Fisheries, Animal Husbandry and Dairying L Murugan said the potential of the sector has been realised within a short span of time and the country has set the ambitious target of achieving the one lakh crore export from the sector.

“The government is implementing Matsya Sampada Yojana and infused Rs 20,000 crore in the sector. Seaweed farming is another aspect where the government is putting more emphasis on. We are also focusing on empowering fisherwomen and promoting entrepreneurship in the sector,” said Murugan adding, Paradip is among the five major ports being developed as major fishing harbours.

The State had produced 8.73 lakh metric tonne of fish during 2020-21 which was around 2.33 per cent of the State’s economy. Over last five years, fisheries sector has grown at an average annual growth rate of about 13 per cent in the State.

Interacting with scientists of Central Institute of Freshwater Aquaculture (CIFA) here on Sunday during a visit to the Indian Council of Agricultural Research Institute, Swain said the Centre has set a target for producing 22 million tonne fish by 2025 and both farmers and researchers need to contribute to the effort.