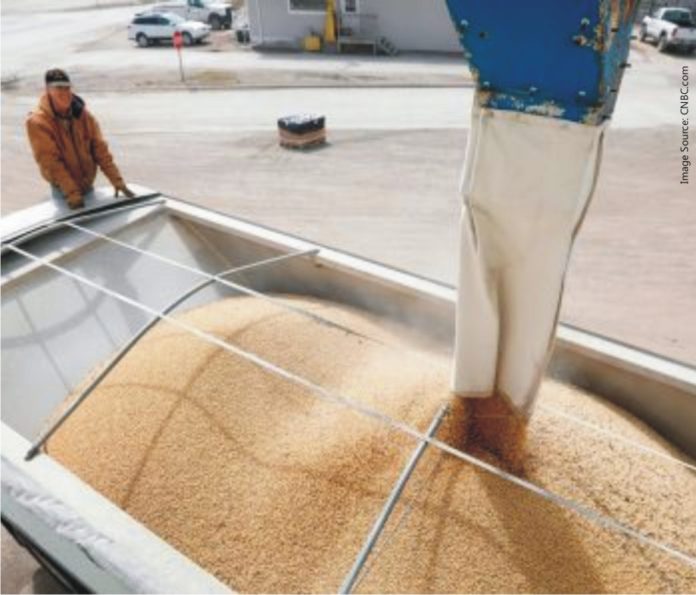 The G20 Trump-Xi meeting spurred optimism not only in the soybean market but also for various feed grains and even pork. The $24 billion worth of U.S. agricultural products exported last year to China should slowly reverse the 2018 steep decline as Chinese authorities already began preparations for lifting the 25% tariff and restarting imports, according to a Bloomberg report issued on December 5. As a result, traffic in agricultural commodities climbed by 51% over the last week as the news is still being digested by investors.
Aside from soybeans, sorghum has been stung by the Chinese import halt and is in need of buyers. Over the last five seasons, around 60% of sorghum was exported each year and 83% of exports were to China. By the end of November, sorghum sales for the current marketing year are at the lowest levels in more than a decade.
Animal feed additives like distillers’ dried grains and pork may also be on the menu for Chinese businesses and state companies. Pork is in high demand already, as sales hit 3,348 tons for the year and are set to reach 9,384 tons in 2019 as a deadly outbreak of African Swine Fever took a toll on Chinese farms.
The Bottom Line
This G20 meeting in Argentina spurred a broad market rally as the Sino-U.S. trade tensions deescalated amid a 90-day truce between the two world powers. Soybeans reacted strongly, investors viewing the commodity as the main beneficiary of the Chinese returning to U.S. agricultural markets. MLPs stand to win from the OPEC plus gathering as oil cuts from major players are expected to support oil prices and underpin energy-related businesses. U.S. sorghum, corn, pork and other agricultural goods are due for a comeback on the shopping list of Chinese importers. China as an investment destination closed the list as it managed to temporarily avoid increased tariffs on its goods destined for the U.S.