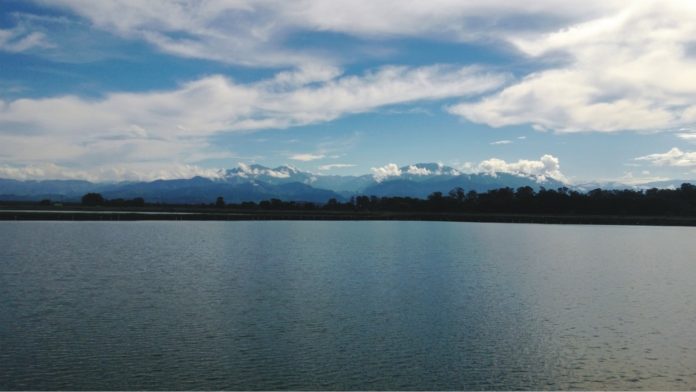 A technology that once looked promising as an alternative source of jet fuel for US military aircraft now has commercial applications for shrimp feed, and one of its developers said the feed ingredient has proven itself in fighting early mortality syndrome, white-spot virus and other diseases.
MrFeed, a partial fishmeal and fish oil replacement created by Menon Renewable Products using soy beans, corn, corn stovers and other crops and organic waste, was a component in some 10,000 metric tons of finished feed sold in 2018 by a slew of different manufacturers, Suresh Menon, the Escondido, California-based company’s president told in a recent interview.
By 2019, the company has set a production target of 300,000t.
“Based on existing order flows and new customers coming on line following 2018 pond trials, we expect to achieve significantly higher sales in 2019 and the production capacity to meet that sales volume (and more) is in place,” he said.
The company now has “bioreactors” producing the component at sites in the US, Canada and India and plans additional production at sites in Europe and Latin America in 2019, Menon said, adding that he considers the “commercial scale” threshold to be 1,000t of annual production.
MrFeed, Menon explained, is produced by taking organic material from plant-based crops and deriving “cellulosic sugars” using hydrolysis. The material is then fermented in bioreactors, with the residue going through a chemical process known as “oligomerization” which can rearrange long chains of molecules into custom-tailored formulations, Menon said.
The process produces amino acids, lipids, nucleotides, peptides, which can be tailored as needed. The result is a sandy colored 200-micron powder that contains both protein and the omega-3s, omega-6s and omega-9s that fish typically get from conventional fish oil, Menon said. The powder is then inserted into a feedmaker’s hopper to be blended with other ingredients.
“We can replace up to 50% of the fish oil component; we can replace 100% of the fishmeal component,” he said.
In recent years, entrepreneurs with novel uses for single-celled organisms, algae, insects and genetically-modified crops have flocked to the aquaculture sector with fishmeal and fish oil replacements hoping to seize opportunities they believe that will arise from heightened future demand for farmed fish. Most startups have focused on achieving the scale needed to keep cost-competitive with fishmeal and fish oil produced from pelagic fish like anchovy.
However, Menon Renewable is taking a different approach, its president said.
“While others were talking about replacing fishmeal, we realized there are many ways you can replace fishmeal but the real need of the day today in the shrimp farming business is to overcome disease challenges,” he said.
The oligomerization step can be used to create a feed component that acts as a “universal immunostimulant” in shrimp, Menon said.
“What you need are molecules inside your ingredient that allows you to keep the energy centers on all the time so that your immune system is very strong and your growth is also very strong. Normally the trade-off happens between these two points,” Menon said.
By stimulating a shrimp’s immune system, the feed component can fight off the disease from taking root and has also seen success for disease remediation used in infected ponds, he said.
“The success has been in overcoming pathogenesis in bacteria, virus and parasites”, Menon said, asserting that MrFeed has seen promising results against major shrimp diseases like EMS, enterocytozoonhepatopenaei [EHP], white-spot and white feces.
He believes that characteristic of the component will curry favor among shrimp farmers worldwide. Menon is selling MrFeed in a dozen Southeast Asian, Central and South American countries, targeting areas that have been struck by disease in the past.
Menon added that, according to the company’s testing, use of MrFeed in shrimp diets can produce 25% to 30% faster growth across all life stages of the animal and around 85% survivability against 30 to 40% when pitted against a control group. The product also has applications with finfish such as salmon, tilapia and pangasius as well as poultry, Menon said. But, for now, the company’s ambitions are largely focused on shrimp.
“If you look at the total shrimp production around the world, you’re talking about 10% to 20% market share and this is going to happen in two to three years’ time,” he said of MrFeed’s potential.
Source: Undercurrent