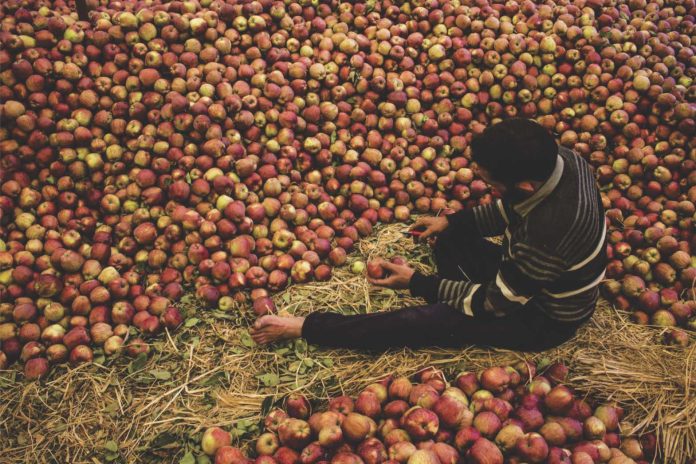 In the commercial production of apple juice and cider, large quantities of fibrous waste, pomace, are generated as a byproduct. And while that material is currently just discarded, new research suggests that it could be used to boost the health of chickens.

Due to the high sugar and acid content of the material, along with the manner in which it ferments, it will disrupt the carbon-nitrogen ratio of soil if composted and used as fertilizer on a large-scale basis. As a result, most apple pomace is simply dumped in landfills.

Previous studies have suggested that the phytochemicals and prebiotics which are naturally present in apples may boost intestinal health and the gut microbiome. A good gut microbiome is in turn associated with many health benefits, such as resistance to autoimmune disease and bacterial infections.

With these facts in mind, a Cornell team led by Assoc. Prof. Elad Tako and doctoral student Cydney Jackson set out to see if apple-pomace-enhanced feed might improve the health of broiler chickens, which is an established model for evaluating the effects of plant-based compounds on gut health.

For the study, the scientists injected apple pomace extract into the amniotic fluid of developing embryos inside chicken eggs. It is a reliable means of “demonstrating the potential beneficial nutritional effects of a specific dietary ingredient.”

When the eggs hatched and the chicks were analyzed, it was found that as compared to a control group, the pomace extract increased the animals’ transport system for amino acids, improved the bioavailability of iron, boosted microbial populations in the large intestine, and supported the growth of beneficial gut bacteria. Planned long-term feeding trials will hopefully support these findings.

“Pomace is treated like an industrial waste now. If we can potentially use the pomace, which is rich in nutrients, we can add it to the diet of broilers,” said Tako. “We can improve the nutrition in their feed and achieve productivity in a more natural way – and potentially reduce the use of added dietary chemicals.”