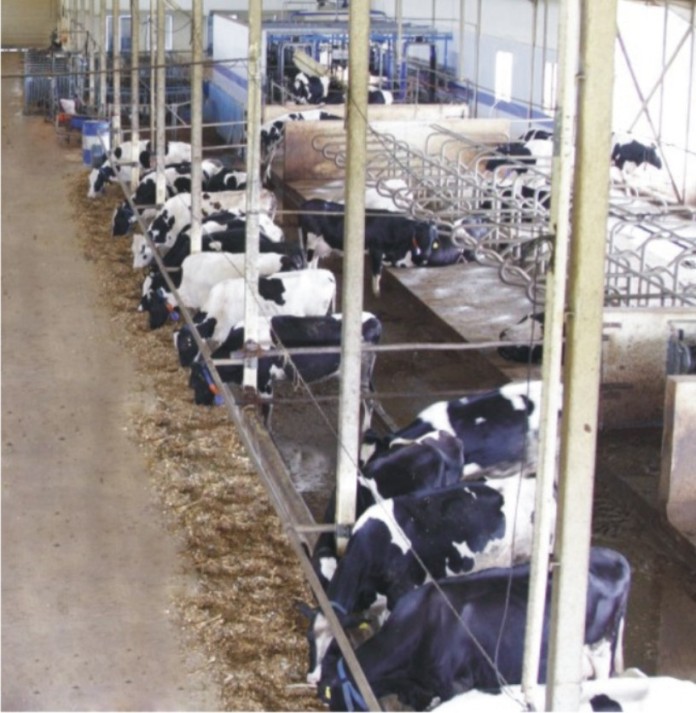 The Kaira District Cooperative Milk Producers Union Limited (KDCMPUL) popularly known as Amul Dairy has started its first cattle feed plant outside Gujarat.
The milk union has started the 200 tonnes per day cattle feed plant at Joyrambati in West Bengal’s Bankura district on franchise model.
“This is the third cattle feed plant of our milk union and also it is the biggest cattle feed plant as far as eastern region of the country is concerned,” said Amul Dairy’s managing director Dr K Rathnam, adding that the plant will exclusively produce – ‘Amul Dan’ for farmers of West Bengal and for open market.
The dairy union currently has two cattle feed plants in Gujarat including one at Kanjari that was established in 1965 and inaugurated by former prime minister Lal Bahadur Shastri. This plant has capacity to manufacture 1,000 tonnes cattle feed per day.
Last year, it had commissioned the state-of-the-art cattle feed plant in Kapdivav village of Kheda district which was inaugurated by President Pranab Mukherjee. “This plant which has 1,000 tonnes per day manufacturing capacity is undergoing expansion to add another 1,000 tonnes per day capacity by end of January 2017,” said Rathnam.
He added that demand of cattle feed in the country is estimated at 80 to 100 million tonnes per annum. “Against this, the installed capacity putting all the players together is just 8 million tonnes per annum. Hence, there is a huge gap. While expansion of cattle feed manufacturing facilities is happening at the rate of 4 %, the demand is growing by 6-7 %,” he added.
“Unless, the cattle is given right kind of feed, productivity of animals will not get enhanced,” he said.
The dairy which runs a milk processing plant at Joyrambati through a third party plant with eight lakh litres per day milk processing capacity to cater to the eastern market, has plans to set up its own dairy plant in West Bengal.
“We have already acquired 17 acres from West Bengal Industrial Development Corporation to set up 1 million litres expandable to 2 million litres per day dairy plant with an investment of Rs 200 crore,” he said.
Source: Times of India