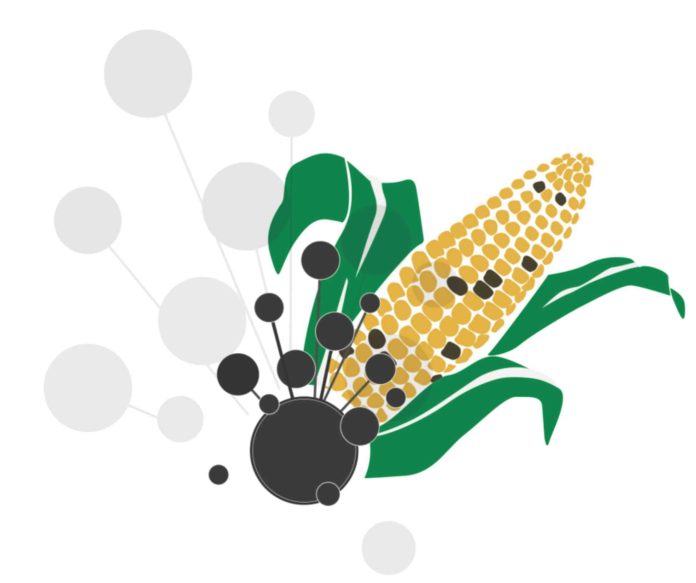 In total the company analysed 24,069 samples in 2021 from 75 counties. For which could derive that 61% of the samples were contaminated with a mycotoxin level that can harm the health and performance of animals. In a webinar in which the main results were discussed, Anneliese Mueller, product manager at DSM addressed that climate change still has an important impact on the development of mycotoxins: “The development of the fungi is strongly dependent on weather influences, floods, droughts and insect attacks. Extreme weather events caused by climate change cause stress and are a main trigger for mycotoxins occurrence.”
Europe: Mycotoxin risk level of 44%
It was found that Europe has a risk level of 44%, this will mean that 1 out of 2 animals will be exposed to mycotoxin risk. The survey shows that in western Europe and southern Europe there is a high risk for mycotoxin contamination. In Scandinavia, Britain, Ireland, and Russia there is a moderate risk of contamination. DON is most prevalent, however there is a slightly lower prevalence number then in 2021, but the risk for swine, poultry and shrimps is still high. For other mycotoxins, Afla, ZEN, T-2, FUM and OTA there is a moderated risk for all animals in Europe. After Don, ZEN and FUM are the most prevalent mycotoxins and T2 prevalence has slightly increased in 2021.
Middle east and North Africa: Aflatoxins risk for animals and humans
There is an overall high risk mycotoxin level in middle east and North Africa. The risk level in this region is 55% and the Fusarium mycotoxins are highly abundant with 84% of the samples tested positive, followed by ZEN and FUM, with respectively 55% and 80%.
South Africa: 7 out of 10 animals exposed
There is also a high risk of mycotoxin contamination in this area of 66%. DON is most prevalent with 80%, followed by FUM. In cereals, DON was found in 77% of the samples and a maximum of 2610 ppb was found. Overall, DON percentage increased from 76% prevalence in 2020 to 80 in 2021.
Asia: Aflatoxins risk for animals
FUM is most prevalent with 81%, followed by DON which increased from 71% prevalence in 2020 to 73 in 2021. In corn, FUM was found in 92% of the samples followed by DON in 83% of the samples. 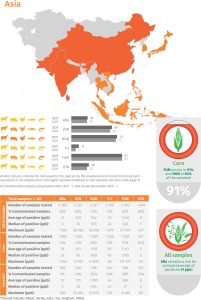