Some of the most significant market trends identified by Glowlit in the last week: 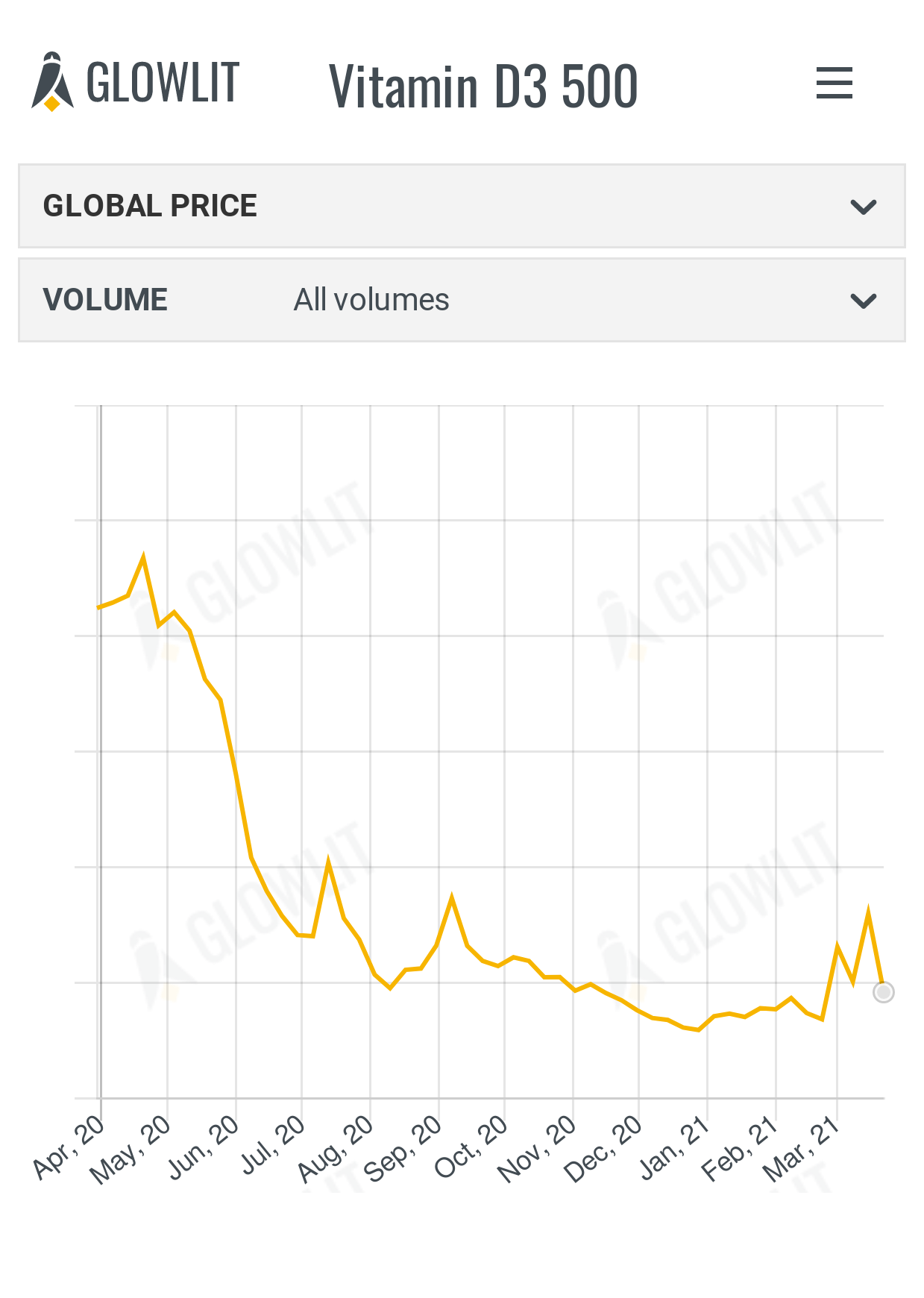 Glowlit users reported that producers of Vitamin D3 500 had been quoting higher prices since the end of February. As a result, global spot prices increased by 54% from the end of February until last week. However, prices have come down by 26% in the last week. We’ll be watching whether the Ever Given blockage of the Suez Canal results in localized price surges.

Vitamin B5 prices on the rise 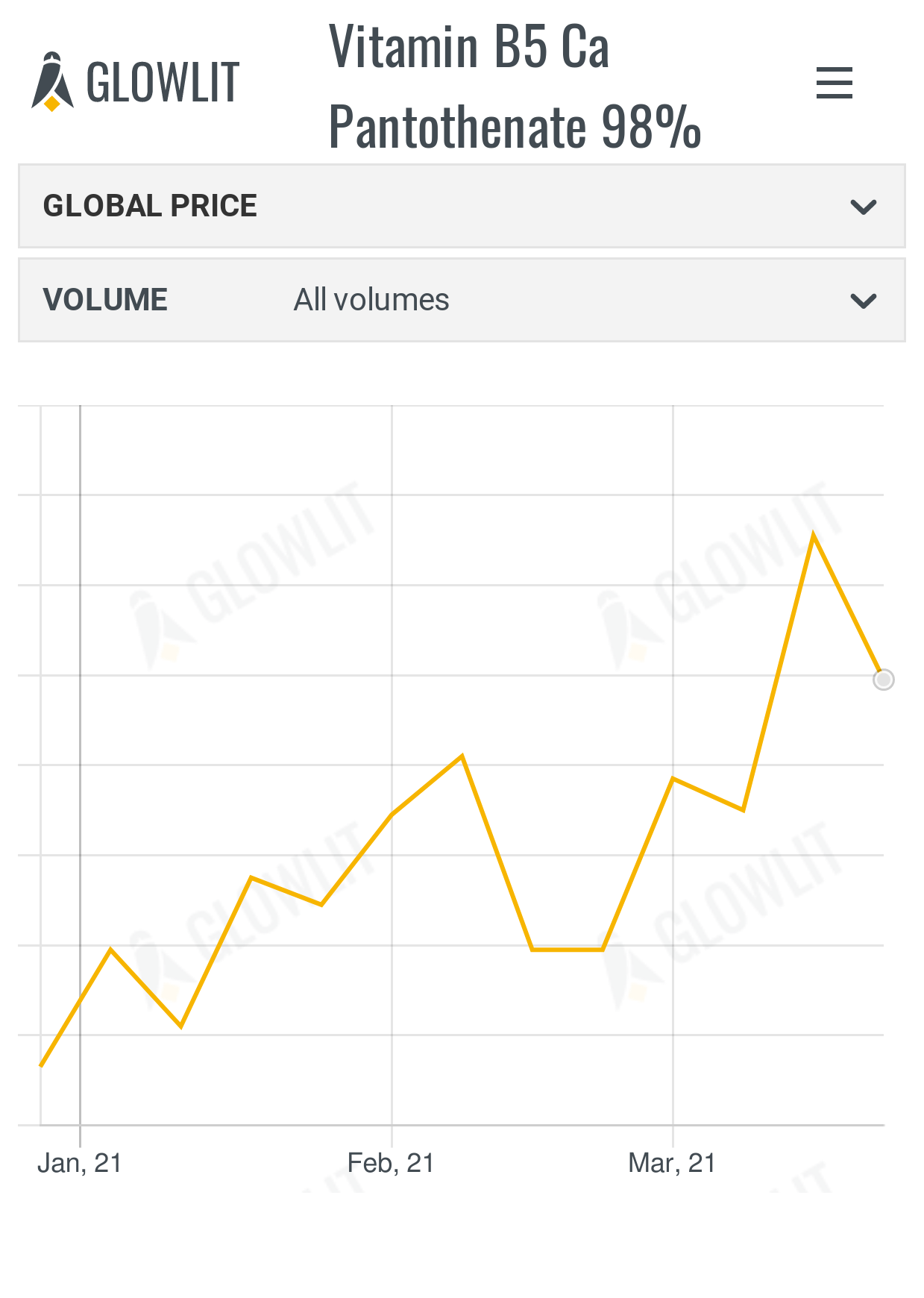 Chinese producers have seen increased prices of raw materials for the production of Vitamin B5. As a result, the global price of Calpan went up by 8.7% since the beginning of 2021.

The Ever Given Floats Again

Wherever you are in the world, you or someone along your supply chain has been watching the efforts to dig out the Ever Given mega-ship with bated breath. We’re here to tell you that you can breathe easy. The massive cargo ship, which had blocked the Suez Canal since March 23rd, has now been freed.

Thirty mph winds had caused the ship to drift off course, resulting in the hull being firmly lodged into the canal bed of the Suez, a critical waterway which sees 12% of all global trade. The Ever Given stretches 400 meters (a quarter of a mile) in length and 58.8 meters across. It is one of the largest ships of its kind in the world, weighing an astonishing 220,940 tonnes, with capacity to carry 20,124 20-foot equivalent unit containers.

So what did it take to free the Ever Given behemoth? A complicated operation involving expert salvage teams aided by a bit of luck. The lunar cycle brought a changing tide, which helped to lift the ship as waters swelled. Though shipping officials caution that the complicated operation is still underway, experts remain confident that the ship will soon be fully freed. Some good news to start our week.

Click here to check the location of the Ever Given in real time on VesselFinder.com.