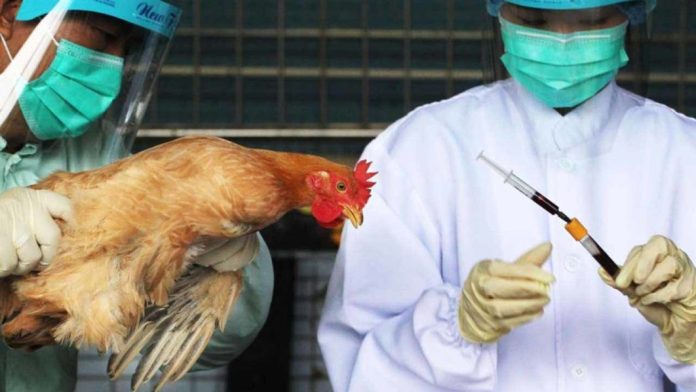 With the help of ward members, up to 3000 birds will be killed within one-kilometer radius of Perunguzhi junction ward.

As a precaution, bird eggs, meat, feed, and droppings will also be disposed of. The Kizhuvilam, Kadakkavoor, Keezhattingal, Chirayinkeezhu, Mangalapuram, Andoorkonam, and Pothencode panchayats are included in the department’s surveillance zone declaration.

Following the death of 200 ducks due to avian flu on a farm in Perunguzhi, preventative precautions have been taken.

The health department has begun a special review of fever cases reported from areas where avian flu is suspected. As instructed, residents of such areas have been asked to notify their doctor if they experience breathing problems.

Hens, ducks, geese, quail, turkeys, and other domesticated birds have all been reported to have the bird flu in the state. However, the state has not yet received any reports of avian flu infections in people.

The Kerala health department has advised all individuals, especially youngsters, who come into contact with birds to be careful. After visiting a doctor, bird handlers must take medications as a preventative measure.

When handling birds that may be infected with bird flu, the general public has been urged to wear gloves and masks. They ought to wash their hands with soap and water as well. The signs and symptoms include severe body aches, fever, cough, difficulty breathing, cold, and blood in phlegm.

Avian influenza is a contagious illness that affects birds. While humans are not usually exposed to this virus, in rare cases, if the sickness spreads to people, it might be dangerous.