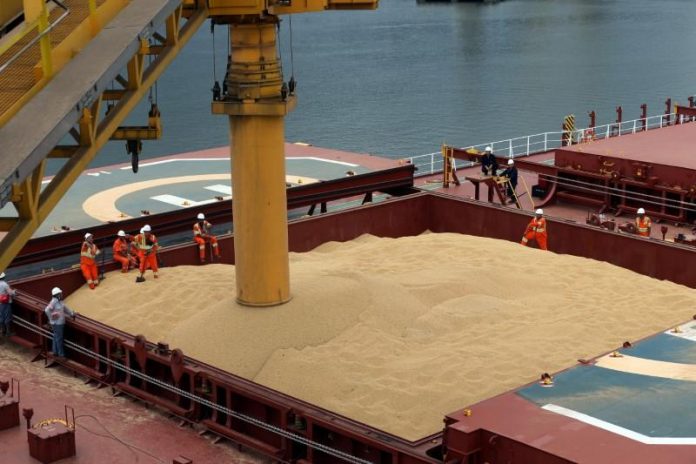 When the animal feed prices rose sharply because of huge spike in soybean meal prices, all the trade bodies associated with poultry, fisheries and dairying industries met up with the key officials and Ministers of Animal Husbandry and Dairying, Fisheries, Finance, Commerce & Industry, Agriculture, Consumer Affairs and Environment, Forest & Climate change, for ensuring imports of soybean meal so that domestic prices are curbed. The officials with the key ministries and ministers responded swiftly to the request to save livestock farmers and the industry.

Recent few weeks have witnessed hectic activities especially amongst the poultry, fisheries and dairies industries which has been hit hard by sharp spike in feed prices especially due to increase in soybean meal rates, a key source of protein used in the livestock feed. The prices rise in the recent months have been so sharp that it has pushed up the cost of production and thus causing losses to poultry, aqua and dairy farmers. The officials from the Ministry of Animal Husbandry, Dairying & Fisheries, Ministry of Finance, Ministry of Commerce and Industry and Ministry of Environment, Forest & Climate change have conducted a series of meetings with delegations from All India Poultry Breeders Association, CLFMA, PFI, Fish Feed Manufacturers Association and livestock sector representatives to find a solution for addressing the sharpest spike in prices of feed in the recent years. 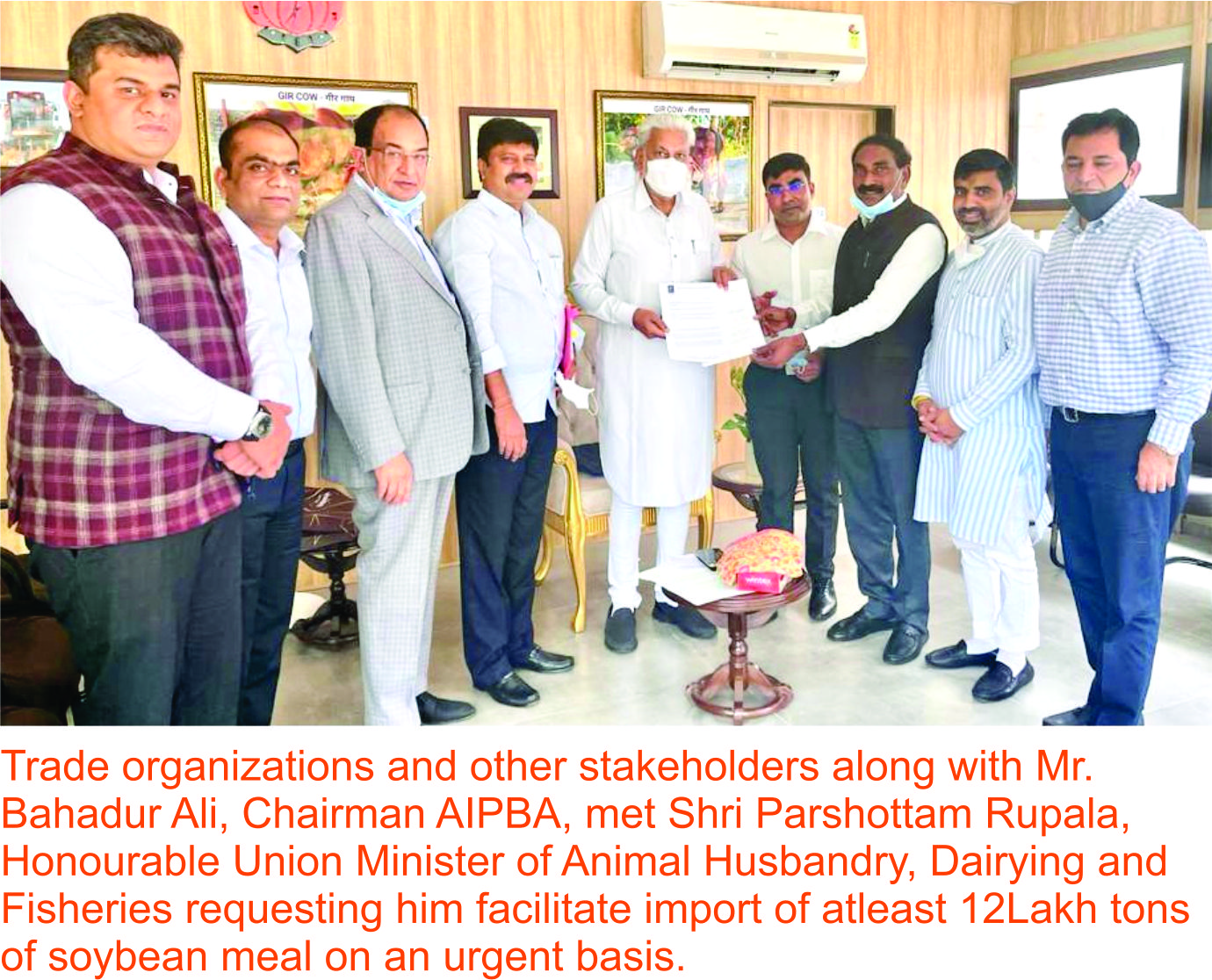 The rise in prices of soybean meal and maize have pushed up the cost of production. In the poultry sector both in the case of broiler (meat) and layer (for egg production), cost of feed constitutes around 65% to70% of cost of production, continuing to rise relentlessly for the last few months. According to Mr. Bahadur Ali. Chairman, All India Poultry Breeder Association, the prices of soybean meal, has seen the sharpest increase in recent years. In July, 2021, the average price of 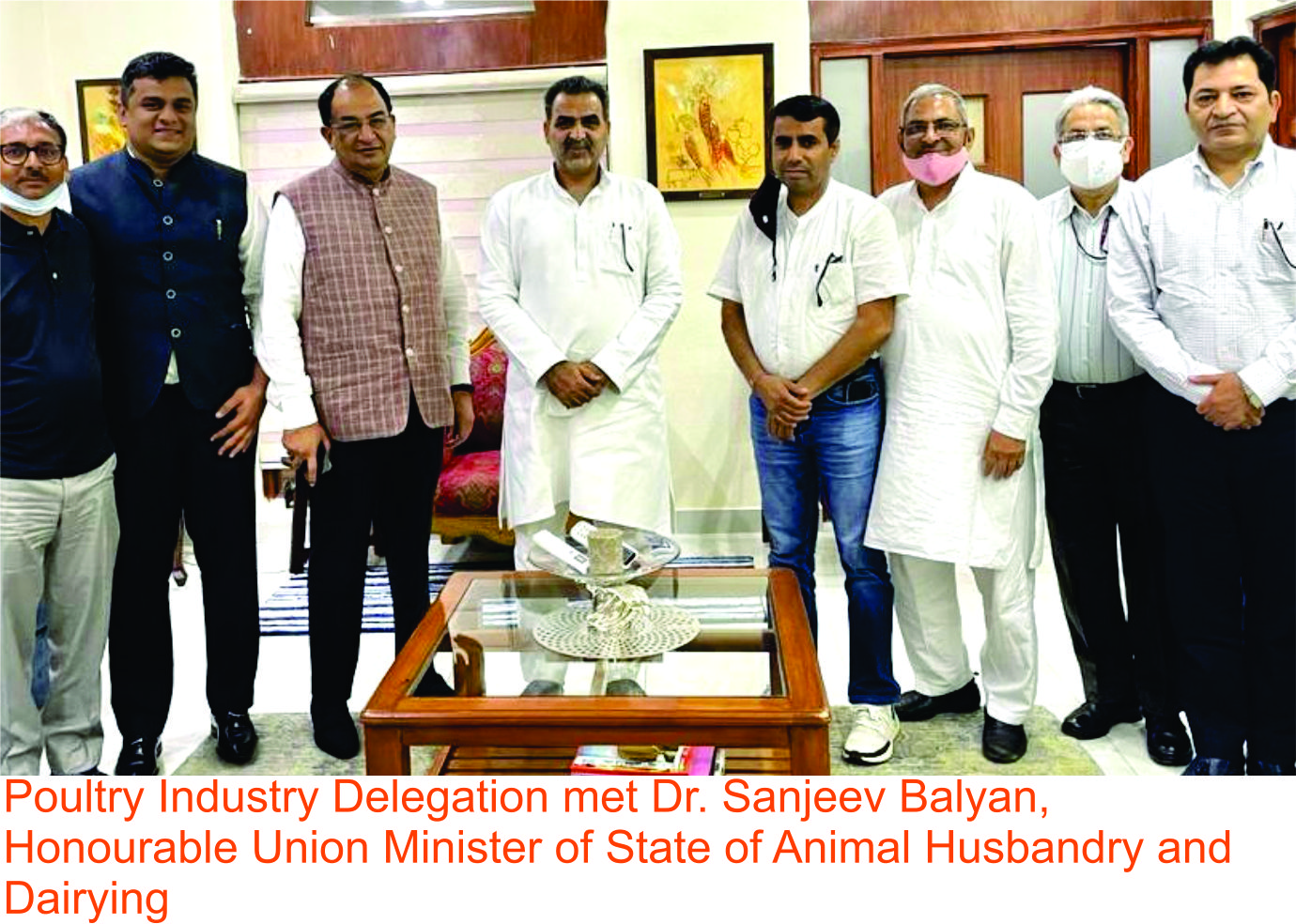 The spike in Soybean meal prices have been mainly because of rise in soybean seed prices as mentioned in the table below. 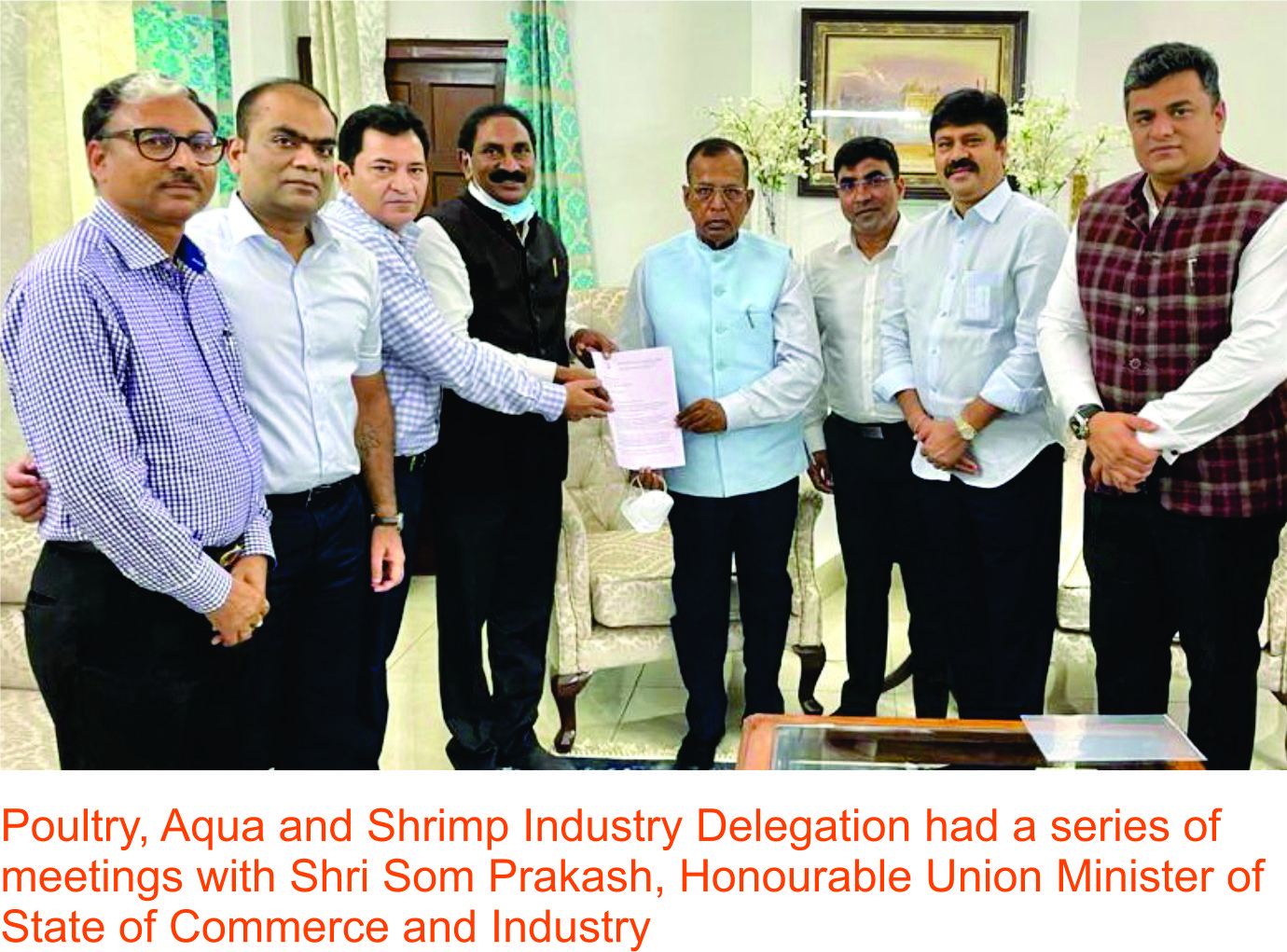 India’s new crop arrives by middle of October are not taken. Both the domestic prices of soybean seed and soybean meal are around 2 time costlier than the global prices.

“Due to the increase in soybean, feed prices have increased. Resultantly, the poultry farmers, and fish & shrimp farmers finding it very difficult to do placement of chicks as well as fish & shrimp. The 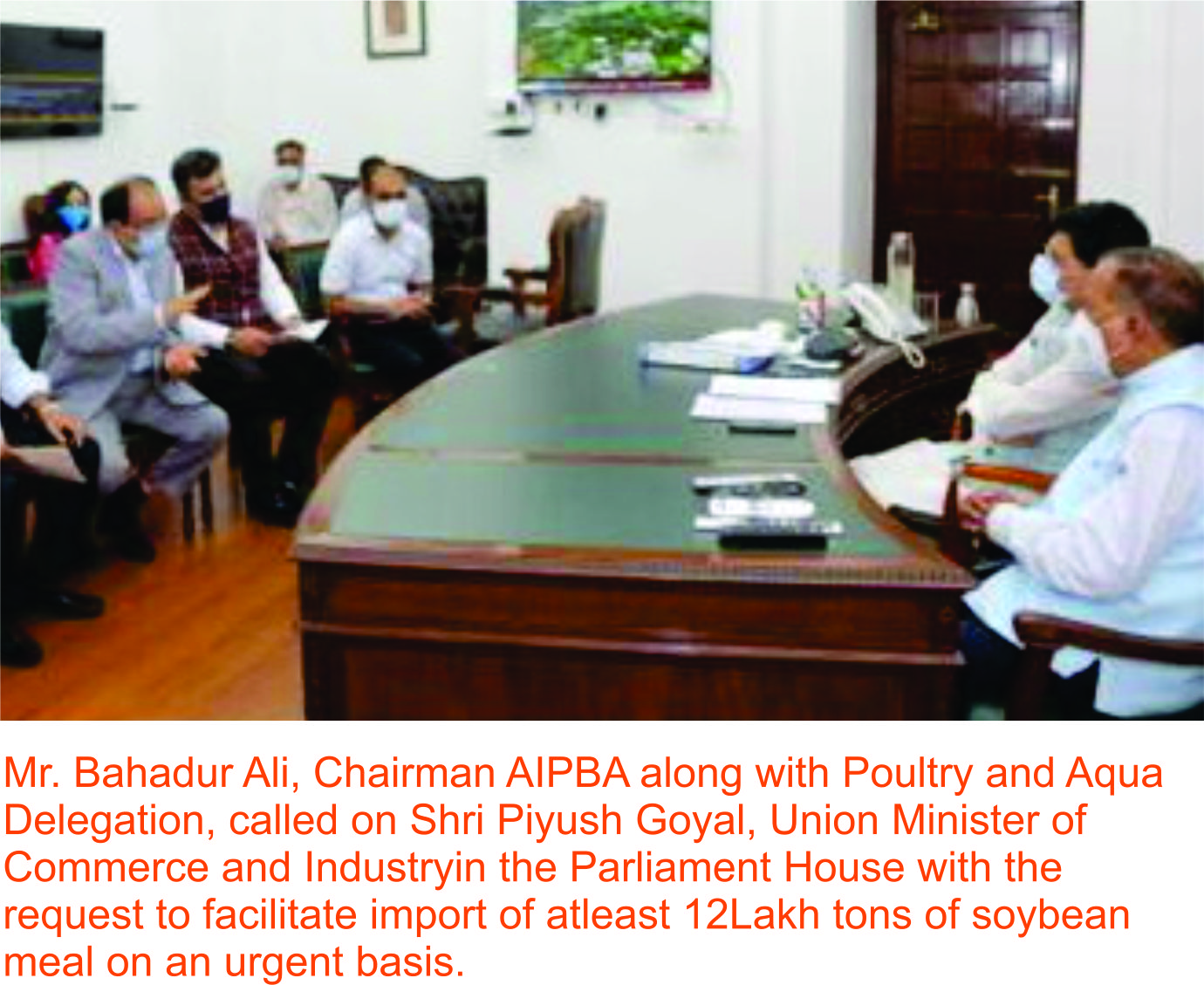 officials from Department of Animal Husbandry and Dairying (DAHD) on request of Industry had written letter to the Director General of Foreign Trade, Department of Commerce, requesting for import of 12Lakh tons of soybean meal till October, 2021 when new kharif crops arrive in the domestic market.

According to the Mr. Gulrez Alam, Secretary, All-India Poultry Breeder Association (AIPBA), this wide discrepancies in the production estimate of soybean by the Government as well as SOPA has led to the current crisis of supply of soybean meal. This has pushed up the cost of production for poultry, fish, shrimp, cattle and dairy farmers hugely leading to rise in prices. 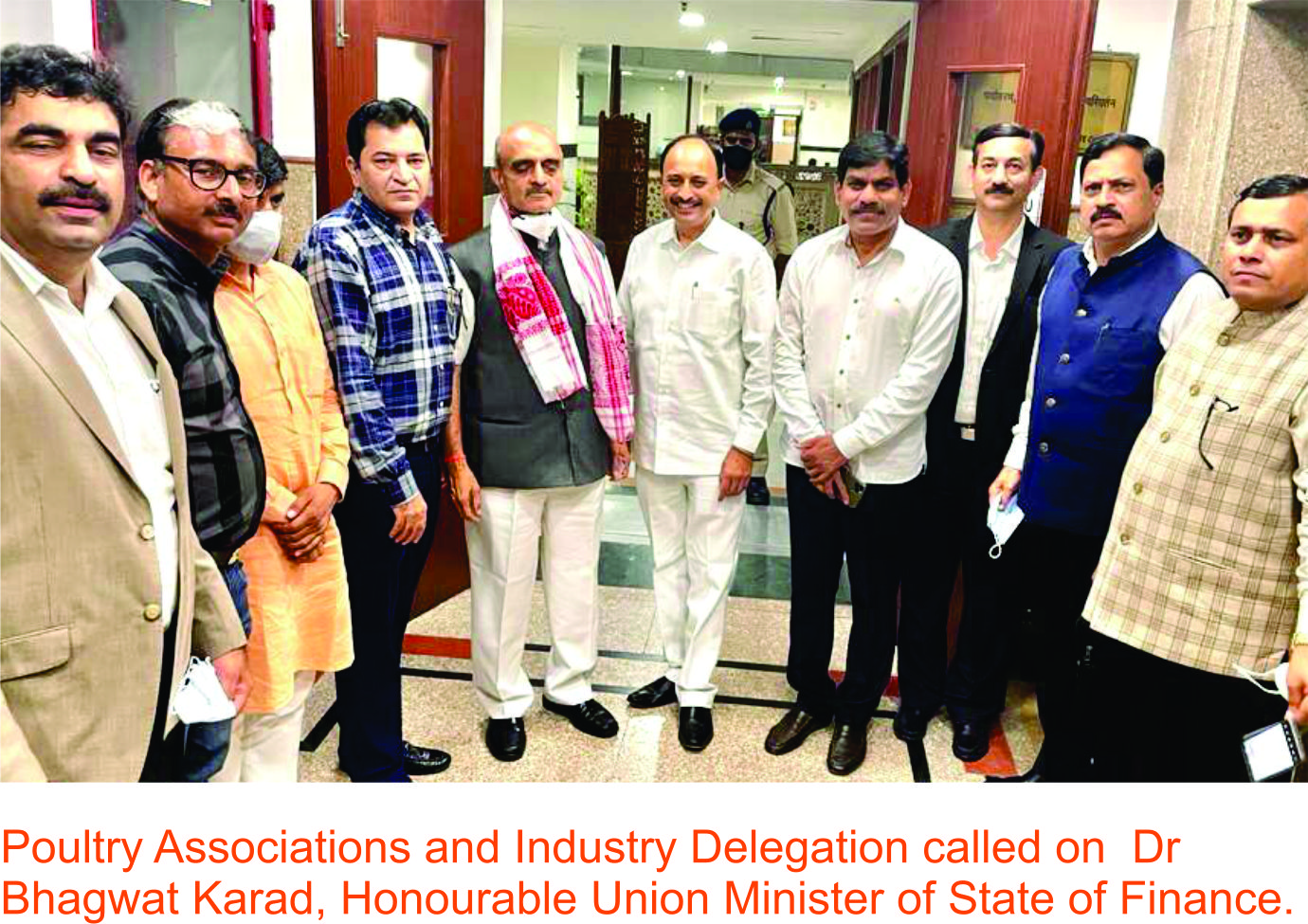 Prompt actions by the government for initiating imports of soybean meal:

In anticipation of an emerging crisis caused by high soybean meal prices, officials of the various trade organizations and other stakeholders along with Mr. Bahadur Ali, Chairman AIPBA, met Shri Parshottam Rupala, Honourable Union Minister of Animal Husbandry, Dairying and Fisheries requesting him facilitate import of atleast 12Lakh tons of soybean meal on an urgent basis. 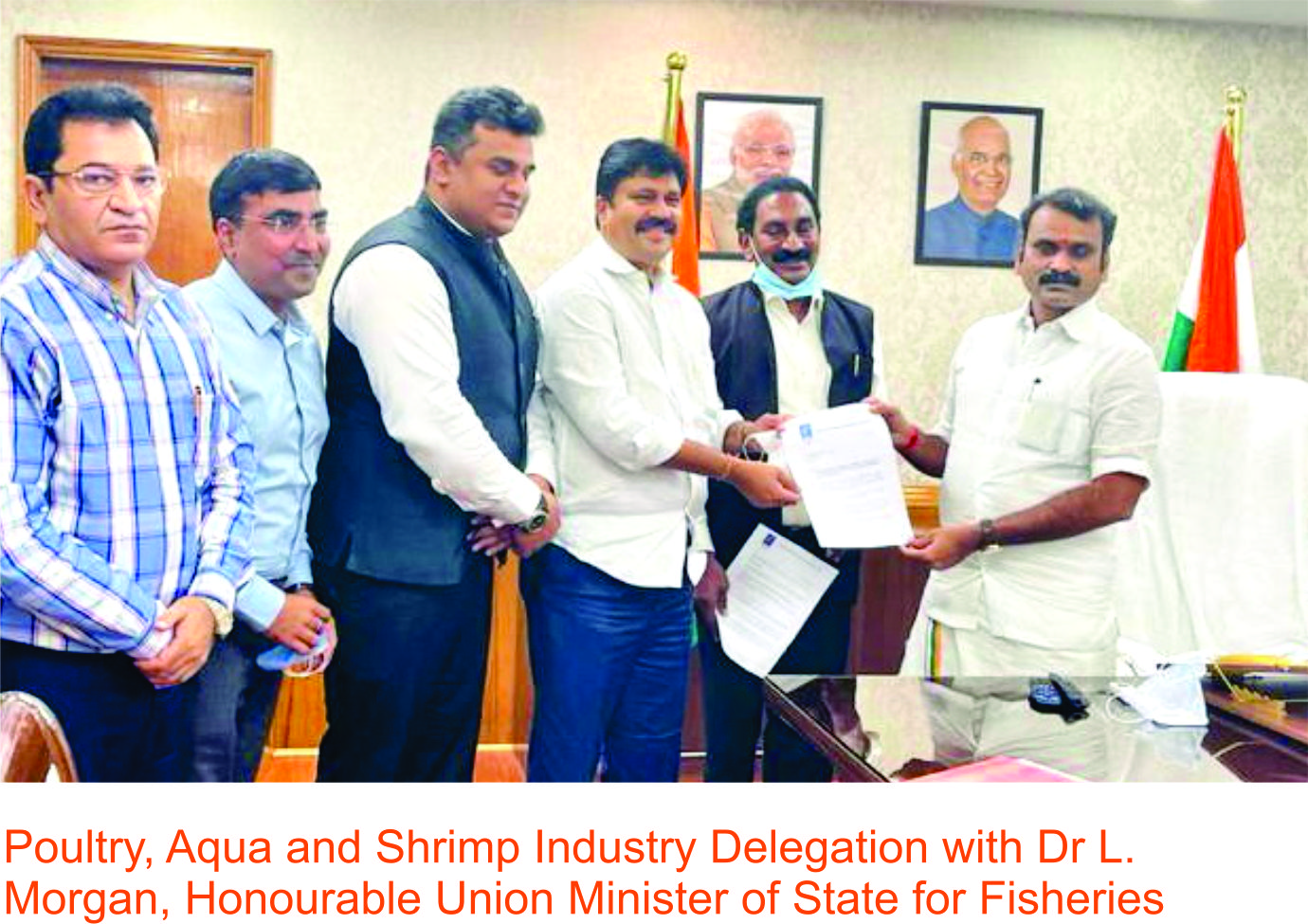 Challenging the status-quo with Emmanuel Faber at AgriVision 2021