The integration of exogenous phytase into the feed industry in the early 90’s was driven by an increased demand to cap phosphorus excretion by intensive poultry and pig production. In the following years, the research interest in this field opened up new avenues, exploring the value of phytase beyond phosphorus. During these years, a wealth of published information was presented suggesting that the benefits of phytate breakdown were manifold and encompasses ‘sparing’ of other mineral cations, energy, and amino acids in addition to its core objective i.e. making phytate bound P available to the animals. The scientific developments in basic and applied research in this field constantly shaped the way phytases were perceived and used by the commercial feed industry; hence, it is not surprising that today the phytase molecule itself and its practical application is very different from what it had been at the time of its first use. The current article tracks this evolution and provides an outline of new applications and benefits of phytase in animal feed. The focal point of the discussion is, 1) complete destruction of dietary phytate has been made possible through higher doses of efficient phytases and, 2) attaining the objective of complete phytate hydrolysis adds substantially to the net commercial returns and environmental benefits associated with phytase use.
Reliance on inorganic phosphates – down to none!
For almost two decades post-introduction, use of 500 FTU of phytase targetting ‘release’ of 0.10-0.12% available-P remained the industry norm. Developments of new phytases capable of releasing higher-P- for-dose (FTU) were introduced and high-dose application of these phytases was explored, making extensive phytate hydrolysis a possibility. This resulted in renewed interest in further removal of inorganic phosphates which not only brings benefits from both,the commercialas well as environmental perspective. A series of studies by AB Vista demonstrated 1000-1500 FTU of phytase was sufficient to support optimal growth performance and bone mineralization of broilers fed all-vegetable diets practically devoid of supplemental inorganic phosphates. One of these studies observed optimal body weight gain and feed efficiency of broilers when 1500 FTU of an enhanced 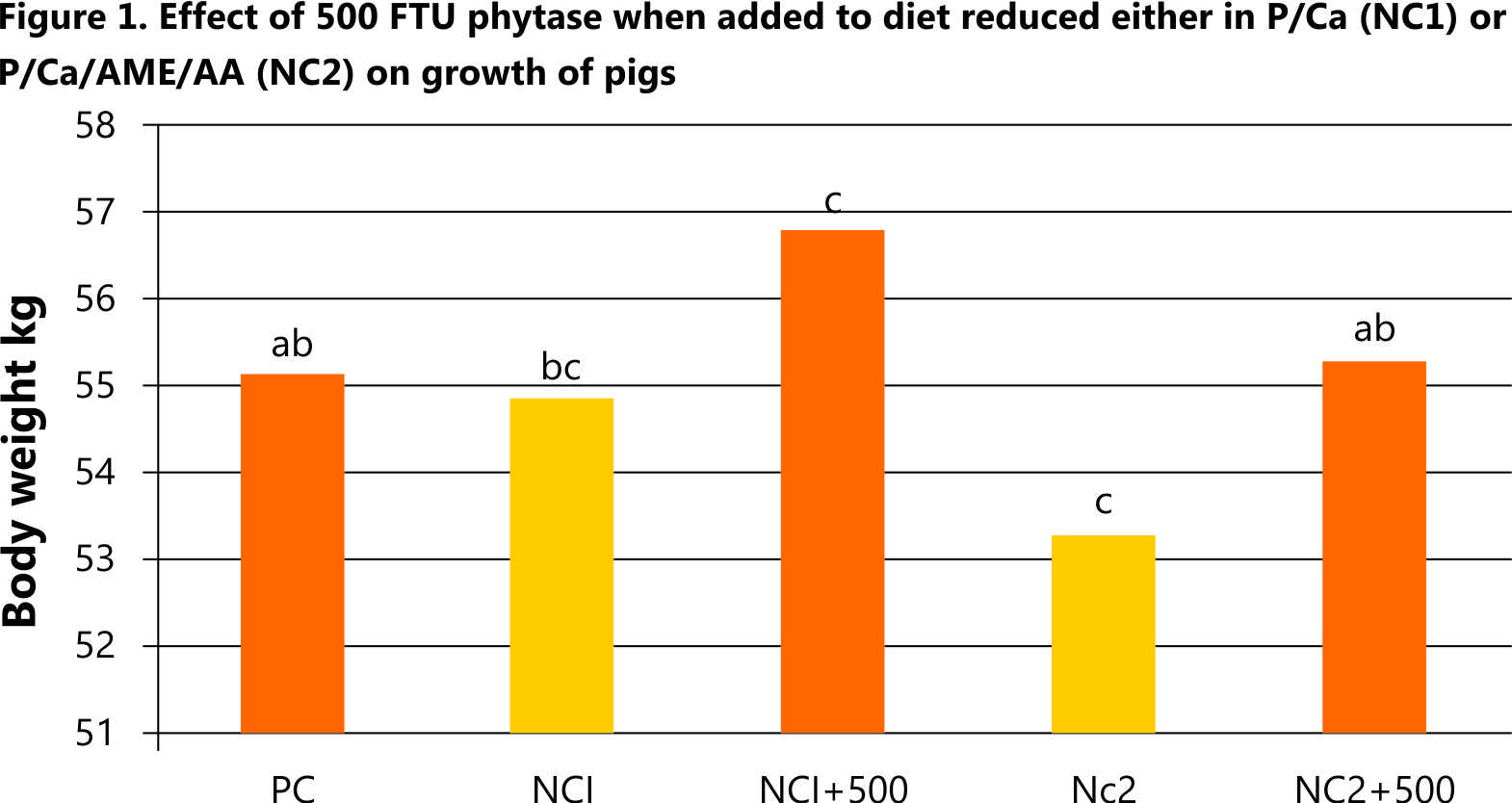 E.Coli phytase was supplemented to a corn-soy diet containing 2.6 kg DCP per metric ton for starter (1-10 d) with no added phosphate for grower (11-25 d) or finisher (26-42 d) diets. These results were in line with a preceding studyin which all the supplemental inorganic phosphate in the grower (15-28 d) and finisher (29-42 d) diets was removed and replaced with 1500 FTU of phytase in a high phytate corn, soy rice bran diet. The starter (0-14 d) diet in this experiment had marginal (1.2 kg permetric ton) added DCP.This was 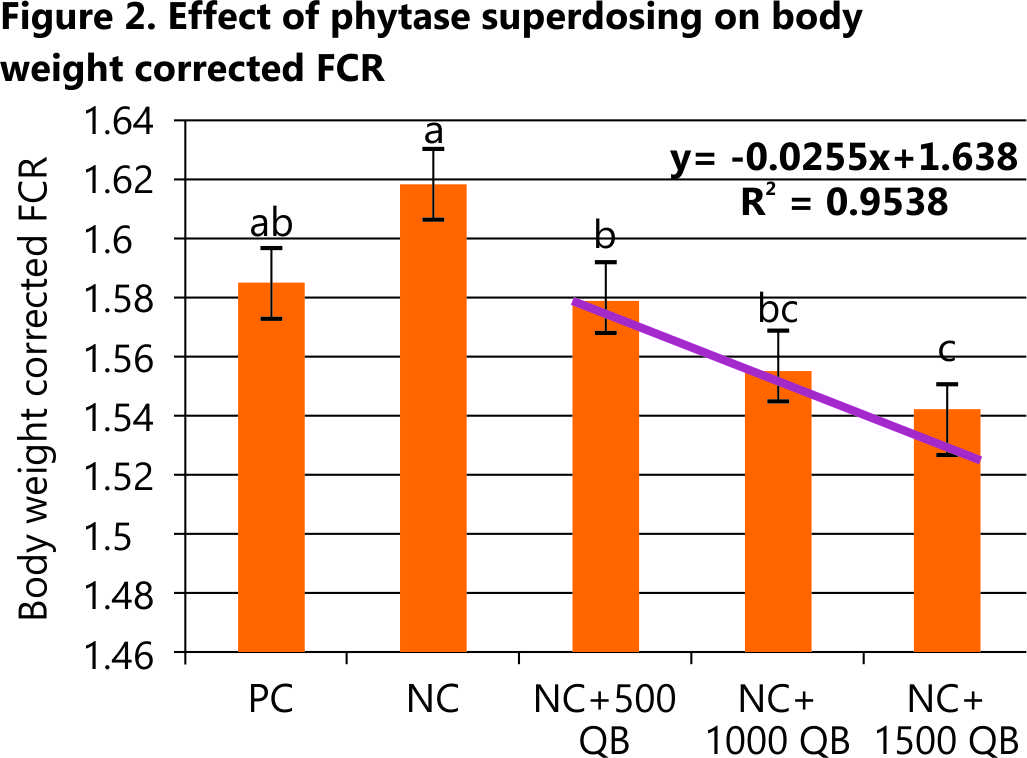 DIETARY ACTIVATED CLAYS: AN APPROACH TO REDUCE THE IMPACT OF AFLATOXIN