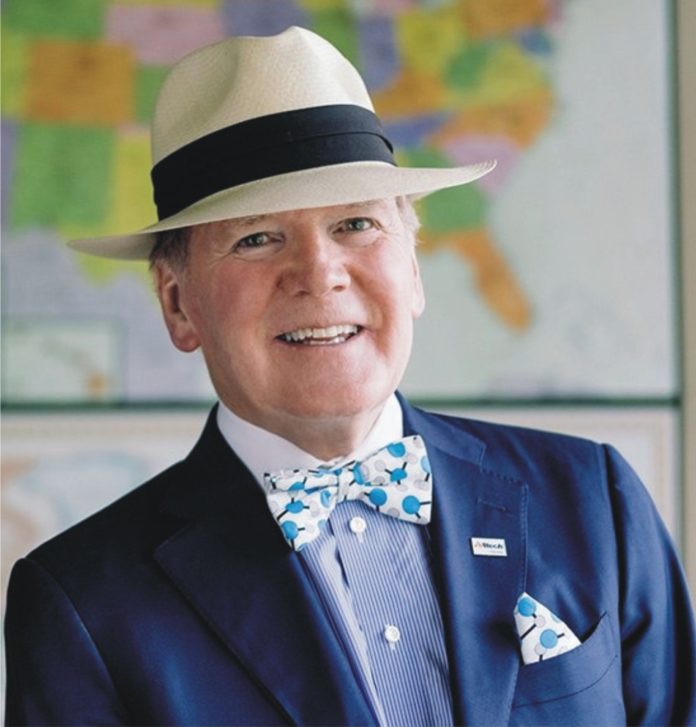 Dr. Pearse Lyons, the Irish entrepreneur and the visionary who built a multibillion-dollar international business, Alltech, passed away on March 8. He was 73.An enthusiastic scientist and entrepreneur, who lived with passion and purpose.
It was in the late 1970s that Dr. Pearse Lyons emigrated from Ireland to the United States, along with his young family in order to pursue a dream. His vision was to sustain the planet and all things living in it by applying his yeast fermentation expertise to agricultural challenges—the work which he initiated in his home garage with an initial sum of $10,000.
Today, that vision is put to work by Alltech’s global team of more than 5,000 people around the world. Alltech focuses on improving animal, crop and human health and performance through its innovative use of yeast fermentation, enzyme technology, algae and nutrigenomics. Its mission has always been guided by Dr. Lyons’ early commitment to the “ACE principle” – a promise that the company’s work must have a positive impact on the Animal, the Consumer and the Environment.
The innovator scientist became such a successful entrepreneur, using his scientific expertise, combined with an acute business sense, which helped revolutionize the animal feed industry through the introduction of natural ingredients to animal feed. I met him in 1996 in Delhi when he first visited India to deliver a special lecture on “Alltech’s yeast based Technologies” for the benefit of Indian Feed Industry.
He was widely regarded as an inspirational leader and communicator. He lived with passion and purpose —traveling incessantly so he could meet his team members and customers in person. Today, Alltech is the only privately held and family-owned business among the top animal health companies in the world.
Born on August 3, 1944, to Thomas Kevin and Margaret (nee Dunne) Lyons and raised in Dundalk, County Louth, Ireland, he was one of six children. His mother owned a small grocery shop, which Dr. Lyons later acknowledged to be the inspiration behind his entrepreneurial drive. His first job at the age of 14 was at Harp Lager in Dundalk.
Dr. Lyons received his bachelor’s degree from University College Dublin, Ireland, graduating with first-class honors. He continued into postgraduate study at the British School of Malting and Brewing in Birmingham, where he gained masters and doctoral degrees in brewing science from the University of Birmingham. In fact, he was the first Irishman to receive a formal degree in brewing and distilling from the university. He interned at the Guinness and Harp Lager breweries and later worked as a biochemist for Irish Distillers.
Dr. Lyons moved to the United States in 1976, having been asked by Irish distillery Gems Whisky to help ethanol distillers in Kentucky improve their processes.
In 1980, Dr. Lyons decided to “take control of his own destiny.” He launched his own business, Alltech, which built its success upon the application of yeast technologies to animal health and nutrition. In its first year only, the company turned over a million dollars.
In 1999, Dr. Lyons purchased the former Lexington Brewing Company in downtown Lexington when it was closing its doors, to resurrect the brewing and distilling tradition of Lexington that dates back to 1794. Dr. Lyons continued to build upon his brewing and distilling passion – and his legacy – when in 2017 he and Deirdre (his wife) realized their dream of opening an Irish whiskey distillery in Dublin.
His passing away has left a void in the Alltech family but the legacy will be taken further by his immediate family and second family-Alltech employees.
A special celebration of life will be held on May 20 at the beginning of ONE: The Alltech Ideas Conference in Lexington.