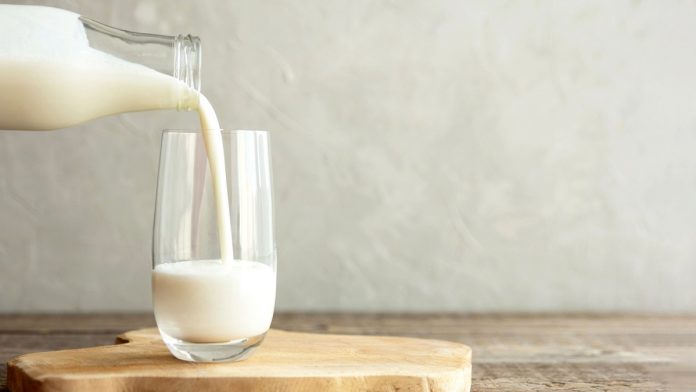 Dairy prices jumped 4 per cent at the global auction overnight, the biggest increase in six months, with gains across all products.

The global dairy trade price index posted its biggest increase since early March, when it jumped 15 per cent. The index had fallen 13 per cent since then, before the latest bounce.

The average price for whole milk powder, which has the most impact on what farmers are paid, increased 3.3 per cent to an average US$3691 (NZ$5200) a tonne, with gains across all contract periods. The average price is sitting 24 per cent higher than at the same time last year.

Fonterra has been reducing the amount of whole milk powder it offers on the auction platform, saying it has “extremely strong” contract demand and expectations for flat milk supply this season will limit its ability to increase production.

“Constant messages from New Zealand processors of tighter supply may have been heeded, along with tighter supply out of the European Union coming onto the radar of buyers also,” said NZX dairy analyst Stuart Davison. “GDT offer volumes are much lower than this time last year.

“This auction will no doubt light a fire in the global dairy industry,” he said. “Buyers that missed out at this auction will be scrambling to secure prices and product.”

BNZ noted that against buoyant demand, supply is on the tight side with about 25,000 MT of product sold at the auction, down 37 per cent on the same event a year ago.

Skim milk powder increased 7.3 per cent to an average US$3274/t, with lifts across all contract periods.

Butter prices rose 3.7 per cent, cheddar gained 3.6 per cent, anhydrous milk fat increased 3.1 per cent, lactose advanced 6.4 per cent, and buttermilk powder was up 3 per cent.

New Zealand is heading into its peak milk production period from next month.

Fonterra has forecast a record opening milk price for farmers this season, underpinned by an improving global economy, and strong demand for dairy relative to supply.

The co-operative has announced an opening forecast for the 2021/22 season of between $7.25 per kilogram of milk solids to $8.75 per kgMS, with a mid-point of $8 per kgMS. Its previous highest ever opening price was $7 per kgMS.

Following the latest auction, BNZ lifted its milk price forecast to $8.30 per kgMS from $7.80 per kgMS.

“We do not anticipate much growth, if any, in New Zealand milk production for the season overall given strong output last season and a recent trend of fewer cow numbers,” said BNZ senior economist Doug Steel.

“The dynamics and balance of risks appear to be changing with robust demand bumping up against subdued supply.”

Still, Steel noted there are still plenty of risks that have the potential to throw milk prices around with a long way to go until the season ends next May.

Rather than a precise estimate of Fonterra’s milk price, Steel said his forecast should be read as the balance of risk moving to a payout above $8 per kgMS rather than below it.

Whatever the final price, it is likely to be significantly above the five-year average of around $6 per kgMS, he said.

“For farmers, this is good news and strongly supports profitability,” he said, although he noted costs were also rising.