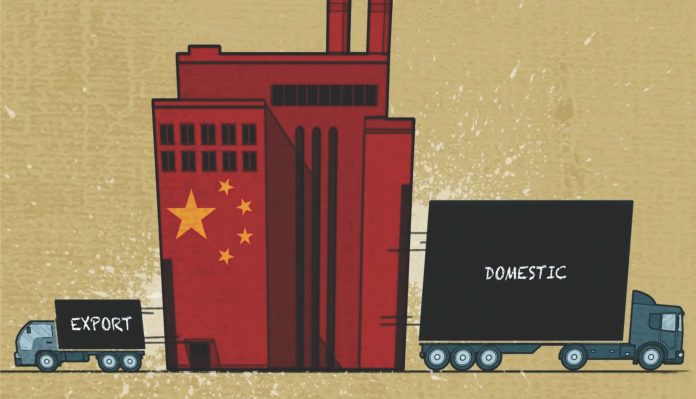 An ambitious subsidy program announced by the southern city of Shenzhen aims to increase the efficiency of China’s aquaculture industry by improving local larvae quality and breeding efficiency through improved genetics and the use of artificial intelligence.
The Shenzhen Municipal Fishery Modernisation Investment Measures Program will provide subsidies worth up to CNY 30 million (USD 4.2 million, EUR 4.2 million) to local firms working on technological advances in aquaculture in Guangdong, a key shrimp-production region.
The program is in line with China’s Seed Industry Revitalization Plan, published in 2021, which calls for more spending on research and development in the sector. As part of that plan, China’s Agriculture Ministry distributed a national list of champions in aquatic seedlings eligible for state research subsidies. Zhangzidao Group, Shandong Homey Aquatic Development, and Fujian Tianma Science and Technology Group were among 121 companies on the list, meaning they have been selected by the government to be cultivated into international players in the aquatic seedlings market. It is unclear if the Shenzhen plan draws on central funds allotted under the list.
A 2021 report published by the Royal Swedish Academy of Sciences, “Titled China at a Crossroads: An Analysis of China’s Changing Seafood Production and Consumption,” calculated China will face a shortage of 6 to 18 million tons of seafood as domestic seafood consumption outstrips production. The report pinpointed a gap of 9 to 27 percent from production levels in 2020. As for the potential of expanding seafood production through better breeding and feeding efficiencies, Max Troell, an associate professor at the Stockholm Resilience Centre at the Royal Swedish Academy and one of the report’s authors, said China’s focus on breeding programs drastically boost its aquaculture production.
Writing in another paper, “Interventions for Improving the Productivity and Environmental Performance of Global Aquaculture for Future Food Security,” published by One Earth, Troell and his co-authors noted just 10 percent of global aquaculture production is based on species improved via selective breeding. Perhaps due to the relatively short history of aquaculture, few species have reached the levels of efficiency seen in “highly homogenized terrestrial animals such as poultry,” the study noted. Most aquatic foods have potential for major performance gains, according to the report, which suggests gains of up to 42 percent are achievable in growth rate and 19 percent in disease resistance, while gains of up to 11.7 percent are achievable in reproductivity across a selection of crustacean and fish species.
“If focusing on ‘seed quality,’ the analogy for aquaculture would be juveniles – fish or shrimp larvae, which are also called seeds – at the earliest stages,” Troell said.
Many breeding programs exist for improving performance and selecting for certain functions, traits, or attributes, Troell said. However, the focus in aquaculture has been on a handful of species, such as tilapia and salmon.
“Some breeding programs have lacked rigorous implementation and investments and therefore not been able to become as successful as they could have been,” Troell told SeafoodSource. “Even if [China] has a large aquaculture production, farming of other animals has higher priority compared to aquaculture species.”
China’s effort to gain efficiency in its aquaculture industry aligns with a new Goldman Sachs report suggesting China could drastically reduce its reliance on imported food by increasing the efficiency of its own agricultural production. In the report, “Addressing China Food Security – Revolution of Tradition,” the investment bank projects a sharp reduction in imports if China improves seed production and the efficiency and precision of its farming methods.
Troell said it’s important to understand the existing bottlenecks for animal and aquaculture cultivation, such as any dependency on imported feedstuffs. Wider self-sufficiency measures being implemented across China could impact the aquaculture sector, the Goldman report noted. But it found increased seed efficiency, combined with other modernization measures and a reduction of food waste, would significantly reduce China’s heavy reliance on imported soybeans for use in animal feed.
China has embraced precision agricultural techniques like the deployment of drones and GPS-guided planting as well as irrigation, and the Goldman report also predicts a surge in sales of feed additives and in veterinary products to the livestock and aquaculture sectors, partly in response to more-efficient feed consumption on Chinese farms. But the gains in seed production foreseen by Goldman will require an embrace of genetically modified seed, something China has been slow to embrace, in part because it doesn’t control the intellectual property behind such seeds.
The Goldman report also picks several winners in China’s modernization and efficiency efforts, including aquafeed-maker Guangdong Haid, predicted to be one of the three big players in China’s feed market after further consolidation, and New Hope and Dabeinong, which produce aquafeed but concentrate more on pig feed sales.
It remains to be seen if China’s modernization efforts will bring the cost-competitiveness of its agriculture sector in line with that of international suppliers. Imported grain is cheaper – grain production costs per hectare in China were on a level with those in Brazil and the U.S. in 2007 but are now twice as costly due to a combination of lower yields and more money spent on pesticide and labor as China’s rural population declines.
China’s crop productivity remains far lower than other major grain-exporting nations. Output per hectare on Chinese corn farms is 40 percent lower than in the U.S., and Chinese pork and poultry production requires up to 26 percent more corn per kilo of meat produced, according to the Goldman report.
Numerous demographic and economic pressures drive China’s quest for efficiency. There has been a dramatic drop in the country’s rural population, from 800 million in 2000 to half that figure in 2022. Yet the average rental cost for rural land has doubled since 2009 as producers have sought to increase their output.
Data published by the China Agricultural Outlook Committee puts average per capita seafood consumption at 106 grams per day, compared to 59 grams a day for the average American. Per capita U.S. beef consumption, at 105 grams, is exactly five times the average Chinese per capita equivalent.