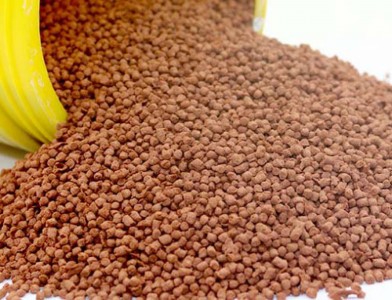 Feed and nutrition firm Cargill has announced the launch of a sustainable, canola seed alternative source of Omega-3 fatty acids for fish feed applications.
Cargill points out that Latitude is 100 per cent traceable since it manages the supply chain from the canola seed to crop cultivation and oil production—and industry-first for a product of this kind..
Made from canola, Cargill said Latitude reduces dependency on marine ingredients, including forage fish, and provides assurance against environmental degradation and overfishing of oceans.
“The growth in aquaculture production brings an increase in demand for omega-3s,” said Willie Loh, vice-president of market development for Cargill’s global edible oils business in North America. “With Latitude, Cargill is combining our aquaculture expertise and canola innovation capabilities to help meet that demand using plant-based omega-3s in aquafeed, instead of relying on fish oil from over farmed oceans. Latitude will help relieve some of the pressure on wild caught fish, while delivering a reliable omega-3 product to aquafeed manufacturers — a win-win for the industry.”
The functional elements of Latitude are equally viable for fish feed manufacturers. According to Cargill, fresh and saltwater feed trials have shown that 100% of fish oil can be replaced with Latitude in commercial salmon feed with no effect on fish growth rates, fish health or fillet omega-3 content.
“Inherent in its name, Latitude gives aquafeed manufacturers and their customers the freedom to use alternative omega-3 sources,” Willie Loh said. “This can support the growing consumer population, as well as the global demand for omega-3-rich salmon, known for its heart health benefits.”
Salmon feed manufacturers in Chile and Canada will be able to purchase Latitude once commercially available, planned for 2020.
This is Cargill’s most recent expansion into the aquafeed industry. The company opened a shrimp feed plant in Guayaquil, Ecuador. Facility includes two production lines, one under the Purina brand and the other under Aquaxcel.
Source: fis